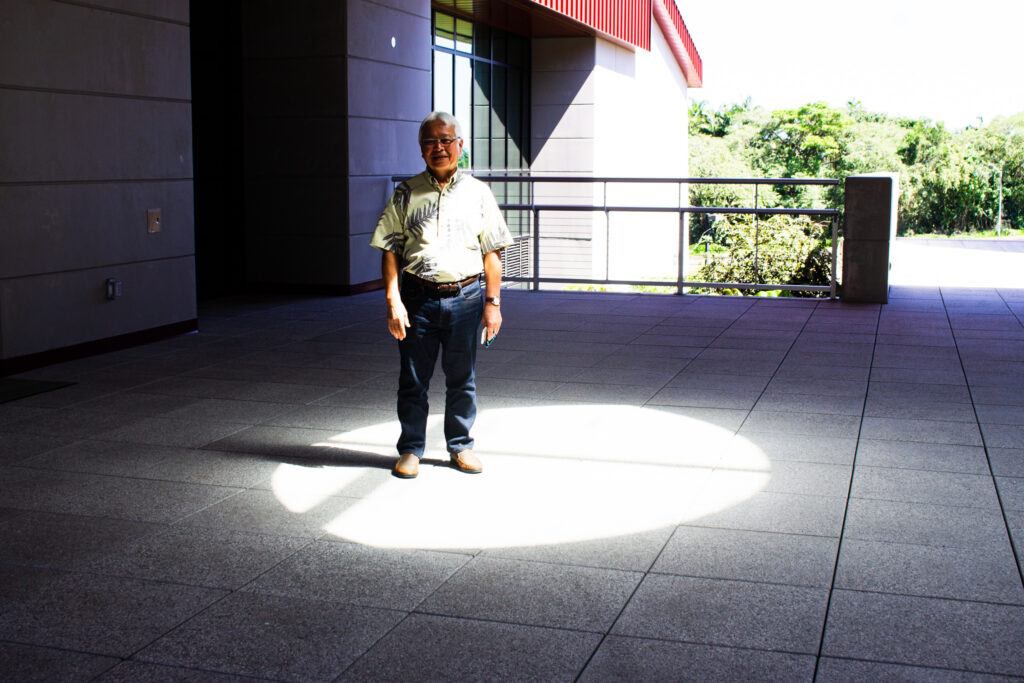 Professor Discusses the Decline and Evolution of the Native Hawaiian Language

(HILO, HAWAII)– For the past 50 years, University of Hawaii professor Larry Kimura has been advocating for the preservation of the Hawaiian language. From working with a small population of Native Hawaiian first language speakers on the remote island of Niʻihau, to assisting with the implementation of Hawaiian Immersion Schools throughout the state, Kimura witnessed the language’s comeback from near extinction to what it is today — an ever-evolving, multicultural adaptation of what originated from the people of Hawaii. And while more people are familiarizing themselves with the Hawaiian language through the mainstream, Kimura says the language is still very much endangered. 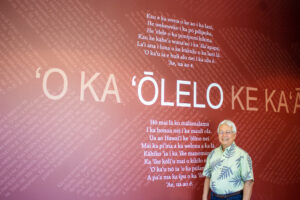 You’ve been a teacher of the Hawaiian language for more than 50 years, how  has the language evolved, changed or adapted to the changing of times?

The Hawaiian language is an endangered language, so when I started 50 years ago, we were estimating about 2,000 native speaking Hawaiian people remaining, and they were all, most of them, in their senior years. In the 1970’s, I became familiar with the population of Niʻihau. There were maybe 200. That island has less than 20 people living there now. The people have left the island and now they’re mainstream and it’s all predictable and their isolation is now over and they’re in the midst of facing the modern and mainstream world.

Today we have at least 500 regenerated native speaking children, meaning the children have been raised from birth at home with their parents speaking only Hawaiian to them. And of course we have established our Hawaiian Language Medium Schools that help to promote further fluency among young adults that have become parents. Ten years ago, the census indicated there were about 18,000 speakers, and earlier there was a count of less than 5,000. We have 3,000+ Hawaiian Medium School students enrolled. We have five to six, K-12 full immersion schools. This is the 21st year of graduating high school class. All I can say is that it has progressed, thank goodness. Thank goodness because when you invest in something like language revitalization, it doesn’t happen in five to 10 years, it takes a generation, which is usually 20 years, and even generations, which is more than 20 years, to see the fruits of your labor.

Where are you from? Who is your family?

Why is language so important?

We were an independent country. My grandparents lived under kings and queens. Now when they get together and they talk amongst themselves they say, “Oh, it’s so different now.” Different meaning, it’s not as great as it was before. And they feel bad about that. They have to look to today and move forward. It’s a common topic among native speaking Hawaiians because they began to realize they were in the minority. And what they had grown up to know as Hawaiian was not going to be here anymore.

Does the local media do a proper job at incorporating the Hawaiian language? Why or why not?

I think there’s an effort.  The effort is in English. Of course, they still can do much better. They are hiring more local people and you don’t have to be Hawaiian nowadays to get involved with learning Hawaiian language, naturally because it’s changing. It’s not an ethnic-only identity for Hawai’i – if you’re in Hawai’i…it’s just a place that has come to be a mixture of all kinds of people, and you don’t have to be Hawaiian to be identified by a place called Hawai’i and realize that Hawai’i still has some kind of Hawaiian cultural affiliation.

How does the Hawaiian language differ from other languages? How is it similar?

We are a family in the whole Pacific. We’re all connected somehow. When you come down through India, into the Philippines and even Japan, there are Polynesian words you can connect to. The development of so-called Hawaiian Polynesia, Maori, Tahitian came from here – our homeland. Language has changed. It has advanced from 50 years ago.  It’s more visible with the internet, social media. It’s so easy to put stuff out there. Now whether it’s right or wrong, it is still there. Language conducts everything. Language is the binding of what the culture is, is going to be, or was because it’s not just stagnant.