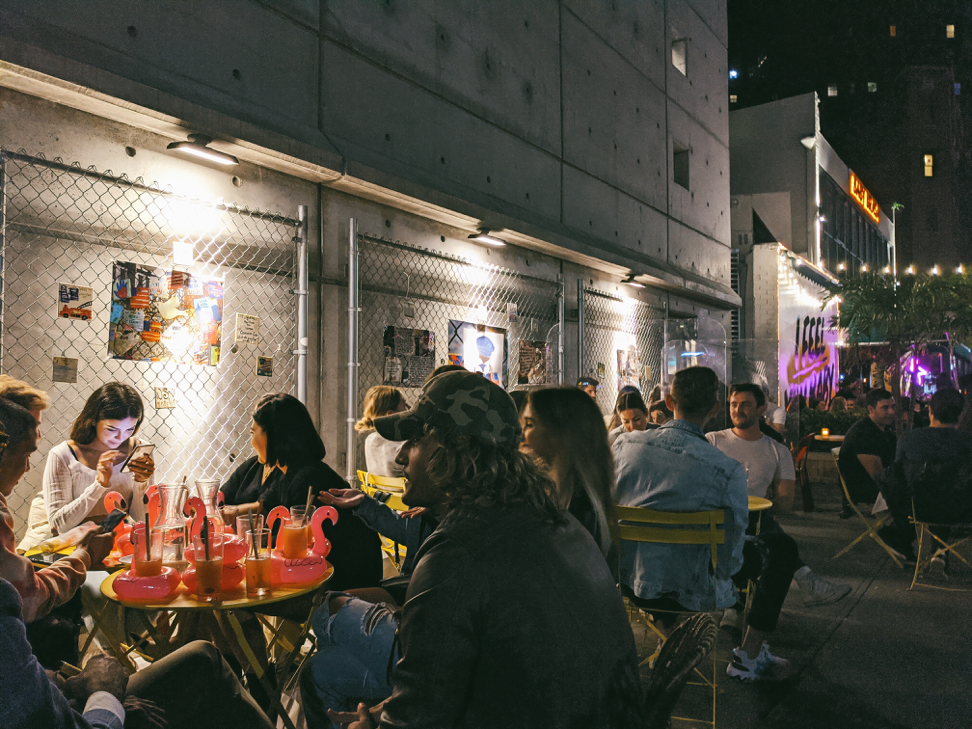 Life Returns to the West Village

(NEW YORK CITY) — Lush guitar chords from a live bossa nova band float between aisles of chattering diners flanking a sidewalk in West Village. A hostess in a glittering disco pantsuit glides between the tables orchestrating seating of the small crowd that has started to gather at the intersection corner. The restaurant, Baby Brassa, serves Peruvian style tapas and maintains a lengthy reservation list for 9 p.m. on a pandemic-era Thursday.

After weeks of summer humidity, a shift to cooler temps attracts a colorful crowd of guests eager to dine outdoors. Their fashion ranges from loose, boho-chic to fresh-pressed collared shirts to tight leather pants and fedoras. Except for the masks worn by serving staff and waiting guests, it seemed like any other night out in Chelsea.

At the tables, the ambiance is cheerful and lively, with bright string lights gleaming through potted palms dividing the cozy tables. About two hours earlier, there had been a protest in honor of Breonna Taylor with sirens and shouts blaring down these same streets. Now the streets are calm. The occasional cop car cruises by, blue and red lights mingling with the reflected golden glow. Mention of the protest crops up in snippets, but for the most part, conversations flow around weekend plans, work, and friends.

At one of the tables, a well-dressed man relates how he used to hear the constant sound of ambulances from his apartment nearby, pointing out a white building some blocks down – the neighborhood hospital. During the June riots, he would return home to multiple cars set on fire along his block, amidst the charming red-bricked buildings that were a hallmark of these neighborhoods. Now, he enjoys his weekend with friends and is planning a trip upstate for autumn apple picking.

At the next table, a group of young friends lean back in their seats and laugh, exchanging gossip over orange cocktails, cushioned in flamingo coasters – the restaurant’s specialty. The topic of elections briefly comes up, prompting some troubled looks and more sips before switching topics. Behind it all spans a fence decorated with pictures of community heroes, a street lamp shining down on flowers left in memory of those fallen.

Change is in the air, but in which direction is still unknown.