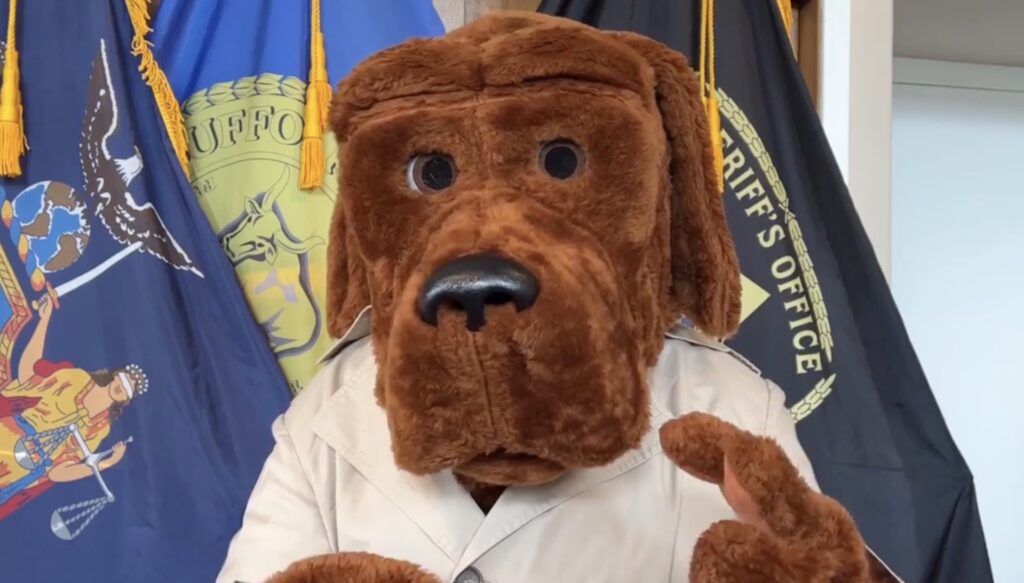 Long Island Dogs Dress Up for a Good Cause

Long Island Against Domestic Violence (LIADV) held the annual event to raise awareness for domestic violence and its link to animal abuse. On Nov. 4 the organization offered their pet show virtually, allowing viewers to comfortably stream it from home.

LIADV is a non-profit domestic violence organization that provides a large range of services to survivors, their children, and their pets.  “There is a strong link between domestic violence and animal abuse,” executive director Wendy Linsalata explained.  “Our shelter facility is the only one on Long Island that allows for survivors to come into the shelter if they’re no longer safe in their home, and to bring their companion animal with them. This event actually helps us provide those services.”

The 2021 Paws for a Cause event was originally scheduled to be held in person at The Country Fair Entertainment Park in Medford, N.Y., but as COVID-19 cases began to rise, the event turned virtual.

The show kicked off with an announcement from Suffolk County Sheriff, Dr Erroll D. Toulon, Jr. along with his crime dog mascot, McGruff. Toulon informed viewers how the Suffolk County Sheriff Office can help in situations of domestic violence. He said, “The Domestic Violence Unit provides victims with a safe refuge by removing batterers from the home, seizing weapons, and executing arrest warrants against the perpetrators of domestic violence.”

Twenty-seven four-legged contestants showed-off their looks, wearing anything from Halloween costumes to lion’s manes to festive holiday attire. Linsalata said that dogs, cats, and pocket-pets were all welcome to register, but each year, including this one, they mainly see dogs take the stage. ”I’ve had people ask if they could bring horses. I wish we could, but we just can’t accommodate that,” she said.

Hank, a labradoodle dressed as a doorman with a suitcase took the crown for Best DIY Costume. Blu the French Bulldog won Best Celeb Look-Alike for his appearance as Yoda, and the “Virtually Fabulous” award went to Sloane, a five-month old King Charles Cocker Spaniel, for being “the most pretty puppy.” Ashley Canonico and her two Pitbulls, Faona and Zuma, dressed as Cruella and her Dalmations, winning Best Human/Pet Duo. 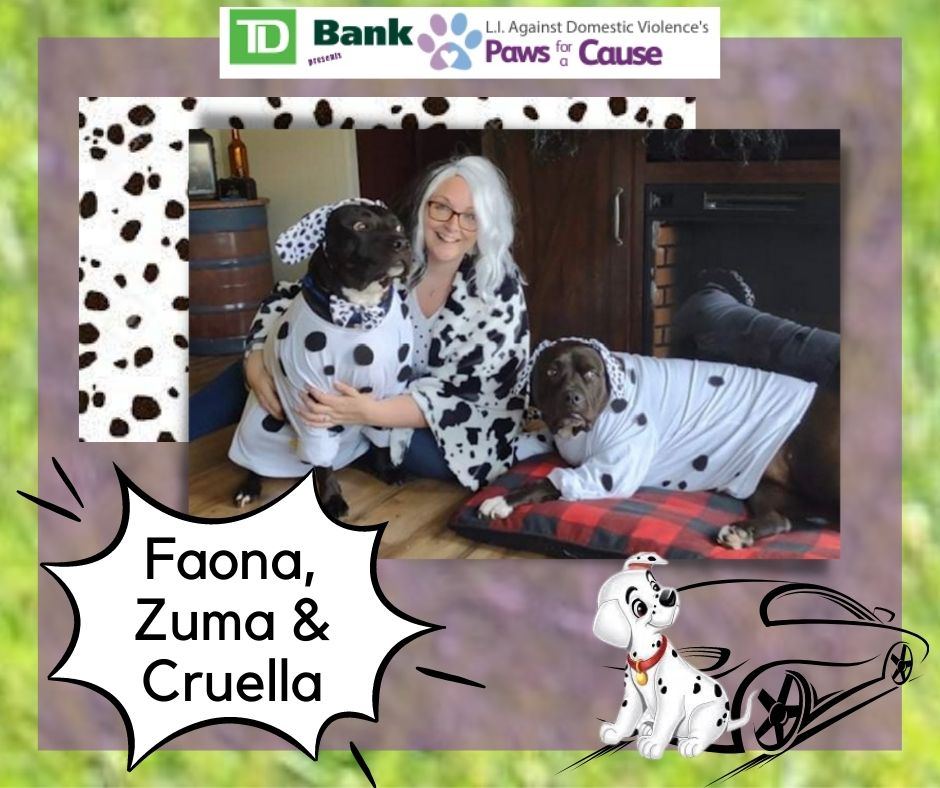 [Credit: Screenshot from the 2021 Paws for a Cause event on Facebook Live]

“I always loved the movie ‘101 Dalmatians,’ so I figured it would be cute to try and recreate,” Canonico said. The pitbull mom is also a volunteer with LIADV, but with restrictions due to the pandemic, she has not been as involved as she’d like. “We were so excited when we found out the event was virtual,” she added.

Thursday’s virtual runway was hosted by TD Bank and sponsored by Local Realty, Lucy’s Legacy, Home Buyer Learning Center, and other organizations. For those who missed it, the live stream can still be viewed on LIADV’s Facebook page.

If you or anyone you know is in a situation dealing with domestic violence, they are encouraged to call LIADV’s 24-hour hotline at 631-666-8833.