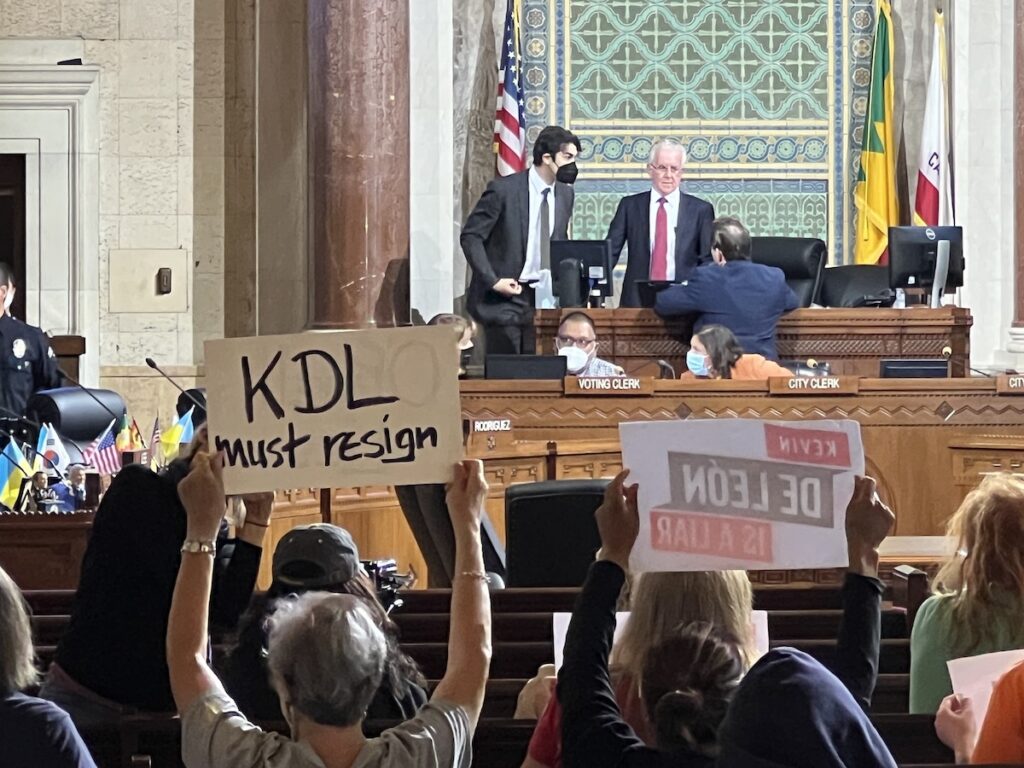 The recording, which was released anonymously earlier this month, has since led to the resignations of former Council President Nury Martinez and L.A. Labor Federation President Ron Herrera who also made derogatory remarks.

The four elected officials met to discuss the redistricting that happens in Los Angeles every ten years. However, Martinez, who represented the sixth District of Los Angeles, was heard making racist remarks about fellow council member Mike Bonin’s adopted Black son. She was also heard describing the Oaxacan community in Koreatown as “short little dark people.”

The Los Angeles Police Department has opened an investigation after the council members filed a complaint saying their conversation was illegally recorded. The two councilmen were removed from their council committees last week, while on Wednesday, the remaining members of the council voted to censure Cedillo and de León.

Black Lives Matters activists have been camping out in front of de León’s home for weeks, with neighbors and community organizers showing up with food and words of support in solidarity.

“I think it’s tremendously important to get them off of the council,” says Black Lives Matter organizer Michael Williams. “We can no longer trust their policies that they are going to go forward and create are going to be based off of what’s best for all of Los Angeles. And not made off of anti-Blackness or discriminatory beliefs.”

Former LA Council member and Director of the LA Initiative at UCLA  Zev Yaroslavsky believes the problem from a governance perspective is that the residents of the districts that are vacant, do not have a voting member on the council. However, he also thinks business will still be conducted.  “The City Council is a 15 member body. If there are 13 members for a short period of time, they’ll transact business with 13 members.”

Despite calls to step down from them likes of LA Mayor Eric Garcetti, California Governor Gavin Newsom, and President Joe Biden, de Leon has refused to budge. Cedillo is stepping away from his seat in November after he was defeated by public policy advocate Eunisses Hernandez. He has not publicly addressed a resignation.