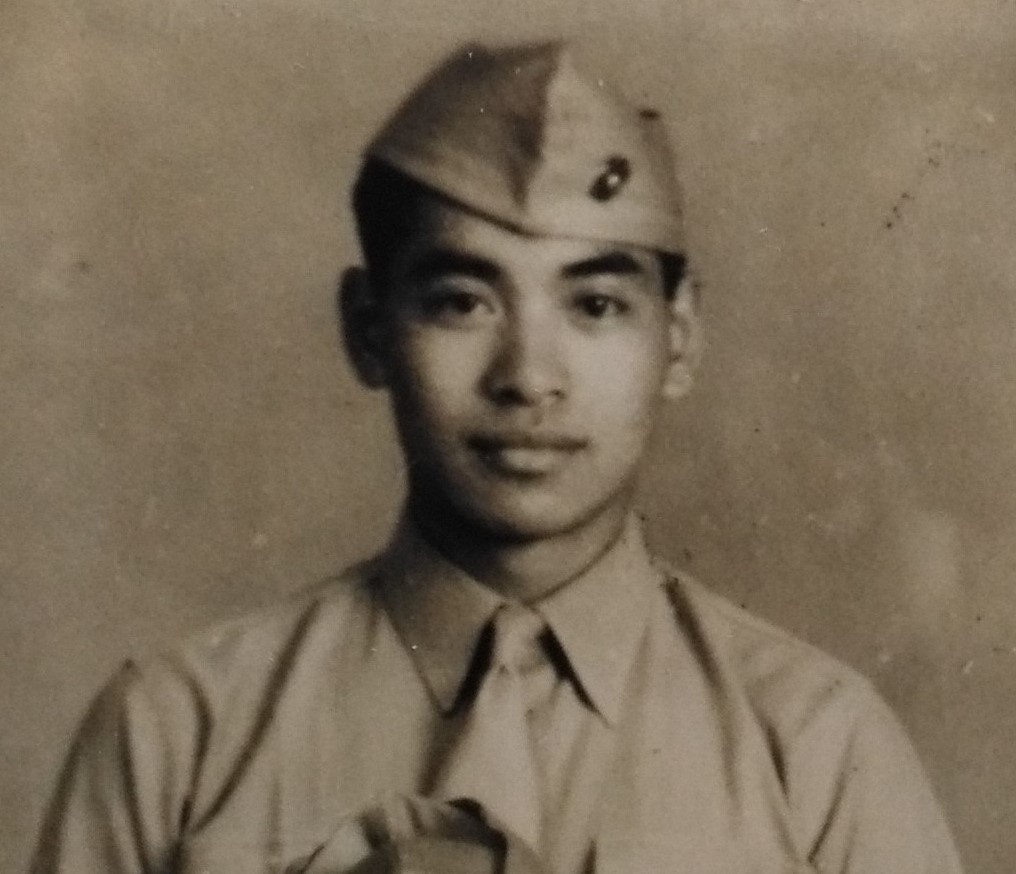 The ceremony recognized the Chinese Americans’ dedicated service with patriotism, loyalty, and courage during the time when the nation denied citizenship to Chinese immigrants due to the Chinese Exclusion Act of 1882, still in effect during the war.

More than 75 years after the end of the war, the award recipients appeared in the virtual ceremony to receive the honor. Fewer than 300 of those honored are alive today, Ed Gor, national director of the Chinese American WWII Veterans Recognition Project told NBC earlier this year.  Most of them are over 95 now. Bill Lyn Jong, a 98-year-old California-born Chinese-American now living in Los Angeles never expected to receive such an honor in his lifetime. 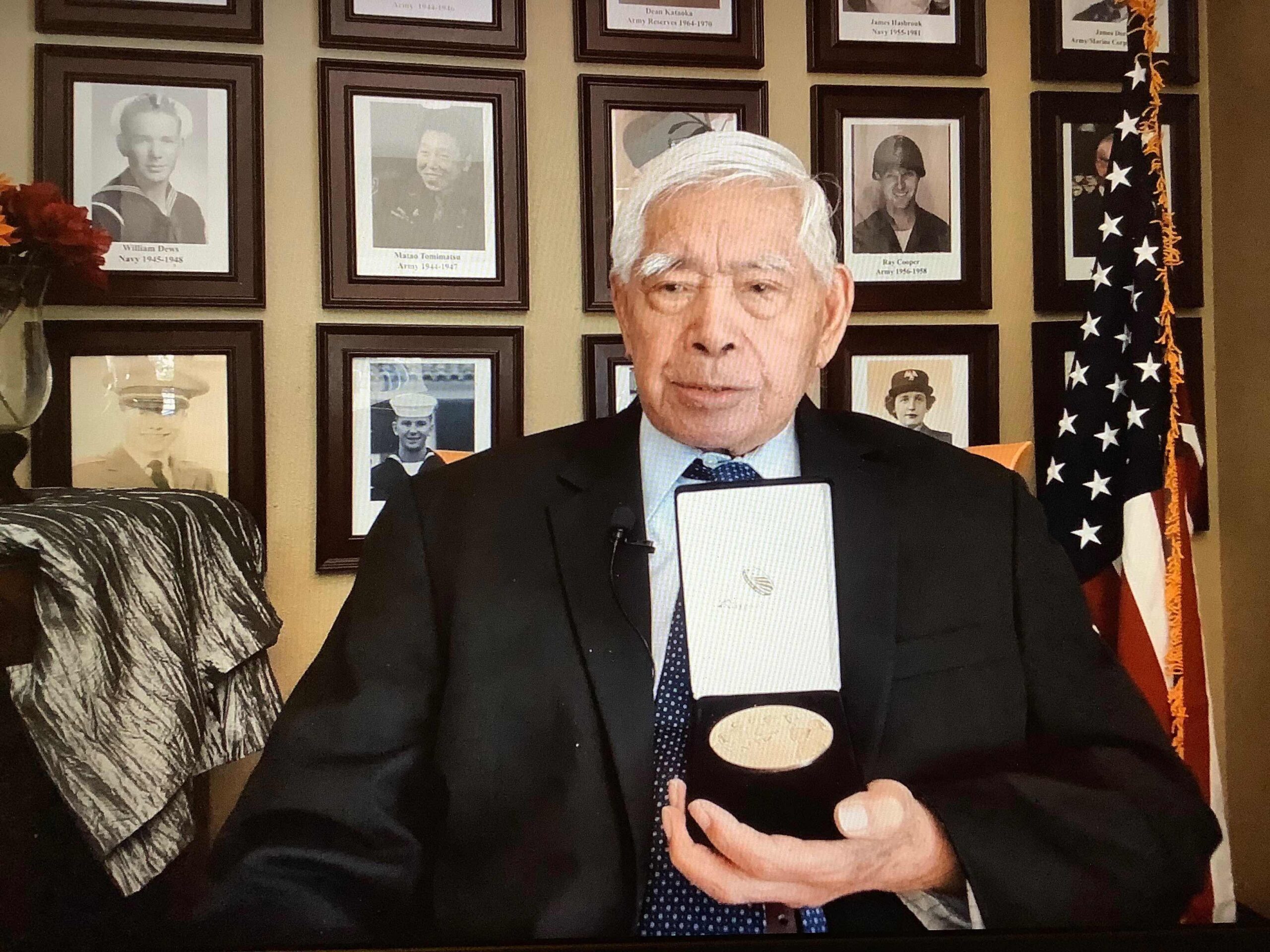 98-year-old Jong said he was gratified to receive the award but also feels guilty because many of his fellow veterans passed away in the war. [Credit: Suellen Cheng]

“I am so gratified for that, and at the same time, I felt very guilty because so many of my buddies have passed away,” he told The Click. “I don’t have anything special, and I owe all my glory to other people who have passed away, “ he said. ”I appreciate anybody that has a patriotic duty to any country they were from.”

Born in San Francisco in 1922, Jong is a third-generation Chinese-American born in the U.S. . In the 1940s Chinese-Americans faced institutional discrimination, and Chinese immigrants were not permitted to become naturalized citizens. Jong joined the Marine Corps in 1944 and fought in the battle of Okinawa in 1945, one of the bloodiest campaigns of the Pacific War.

The ceremony and the  Chinese American World War II Veteran Congressional Gold Medal Act was advanced by the Chinese American Citizens Alliance (C.A.C.A.), the first Chinese immigration organization fighting racial discrimination in the U.S. Since its founding in 1895 it has defended civil rights and opposed anti-immigration measures. With many congressional leaders’ help, including Reps. Ed Royce (R-CA), Judy Chu (D-CA), Ted Lieu (D-CA), Congress passed the law which was enacted on December 20, 2018.

“Many have overcome great barriers to achieve this milestone,” said Jong’s grandnephew Munson Kuok, the board member and former president of C.A.C.A., “During 1940 and 1943, if a Chinese came to the United States, he cannot get citizenship and approximately 40 percent of Chinese veterans at the time were not U.S. citizens because of the Exclusion Act … We have to work and make it happen, because it already happened to other groups, like Japanese Americans and other special groups, it is time for us that the Chinese veterans should also be recognized.”

Kuok said it is important to remind the general public that the Chinese Americans are worthy to live in this country not only because they are citizens but also that they kept holding a belief of patriotism to protect the United States for more than 100 years.

The First Wave of Chinese Immigration

The ancestors of present-day Chinese-Americans worked predominantly in mining and merchandising after immigrating to California. In 1852, the first wave of Chinese immigrants came to Los Angeles and settled in what is known as  Old Chinatown near Los Angeles Plaza. Until the 1870s, Chinese immigrants worked predominantly in the laundry and produce industries, holding a dominant economic position in the market. They were laundrymen, railroad laborers, gardeners, and ranch workers among other occupations. By the end of the 19th century, Chinese immigrants contributed to the city by providing massive cheap labor. The economy of Old Chinatown soared, and the population expanded from 200 to 3000 people.

Despite their hard work, an estimated 25,000 Chinese who emigrated from China to California from 1850 to 1851 have suffered from intense social discrimination. In 1882, Rep. Thomas J. Geary (D-CA) proposed the notorious Chinese Exclusion Act, and then-President Chester A. Arthur approved the law, declaring that Chinese immigrants were not eligible for naturalization. After the act, anti-Chinese racism swept over the city and throughout the United States.

“In earlier days, they did not have legal protections. Their every single move had been restricted. They were not even allowed to testify against the white person. The Chinese women who were born here were often seen as lower classes and sometimes were suspicious of being a prostitute,” said Suellen Cheng, Kuok’s wife who spent decades in Chinese-American history studies. “If they married an alien, the Chinese-American woman would lose their citizenship. It’s totally the other way around compared to now.”

Cheng also recalled the stories told by one of her friends who has since passed away.

“He grew up in the Hollywood area and his father owned a restaurant. He went with a friend who was white to go to the swimming pool site.  But he was not allowed to get in just like his white friend,” Cheng said. “It hurts.”

This type of suffering was the driving force behind the Chinese American Citizen Alliance. From the start, it resolved to repeal the discriminatory act and strive for an equal life. The Chinese Exclusion Act was ultimately repealed in 1943.

The Los Angeles Chinese Massacre of 1871 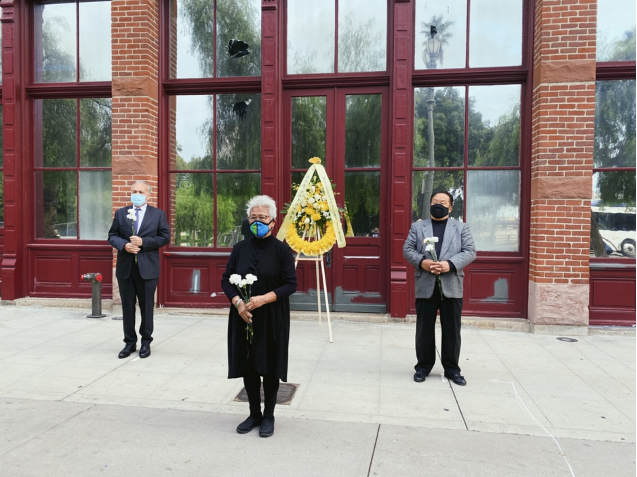 The president of the Chinese American Museum led two other managers to start a wreath-laying and bowering ceremony in front of the location where the massacre happened. [Credit: Grace Cong Sui]

On October 24, the Chinese American Museum held its annual commemoration for the Los Angeles Chinese Massacre of 1871, a tragedy that occurred almost 150 years ago. A mob of 500 Angelenos entered Old Chinatown to loot and set fire to the area. Seventeen Chinese people and one 15-year-old Chinese boy were tortured and slaughtered in front of the location where the museum stands.

With the coronavirus pandemic limiting gatherings in California, the museum selected three museum leaders to represent the whole group, laying a wreath at the commemorative plaque.  The ceremony featured a concert of Chinese traditional music performance and a reading of the names of the 18 people who passed that day as a reflection on contemporary issues of race and violence in Los Angeles.

According to the study of Los Angeles Historic Resources Survey, the massacre was started because of Robert Thompson, a white person who was trying to intervene in a crossfire between two Chinese people arguing about the abduction of a Chinese woman.  Thompson ended up being accidentally killed which sparked the massacre.

“The shocking massacre reflected the fact that the Chinese were the scapegoats for the nation’s economic problems of the time,” Rep. Chu said. “[W]e must never forget the suffering the earliest pioneers endured for being blamed for the nation’s problems because today we’re seeing it again in anti-Asian coronavirus hate crimes and incidents,” she said. 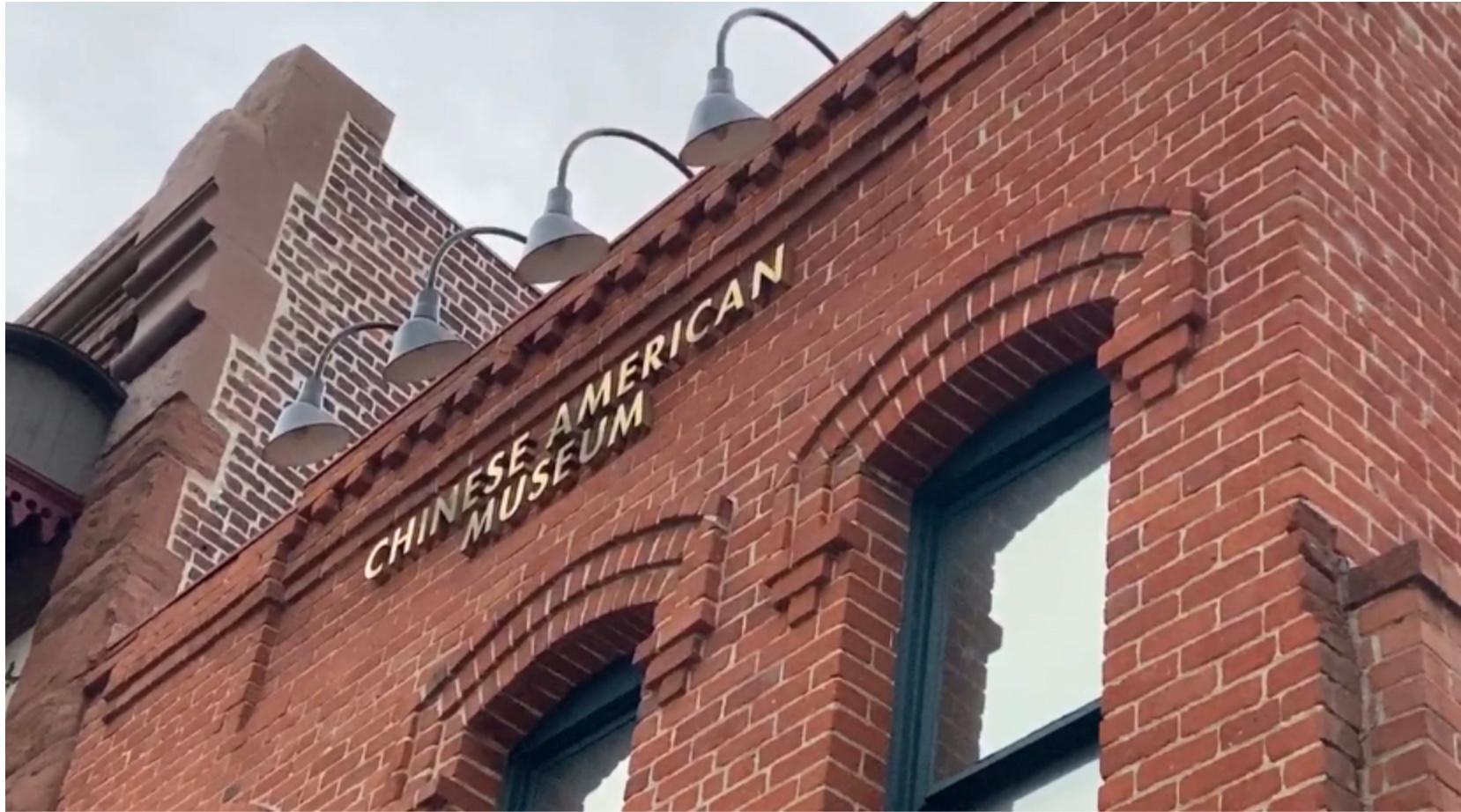 “The mission is that we are trying to preserve and present the stories of Chinese Americans, including how they established their communities, how they contributed to society,” she said.

Cheng added that the purpose of the museum is not just a miniature of the group, more importantly, a reminder to the public of different groups that they should unite as a whole.

Now, more than 168 years since the first Chinese immigrants came to Los Angeles to settle, Chinese Americans have excelled in different fields, from Chinese herbal medicine to engineering. 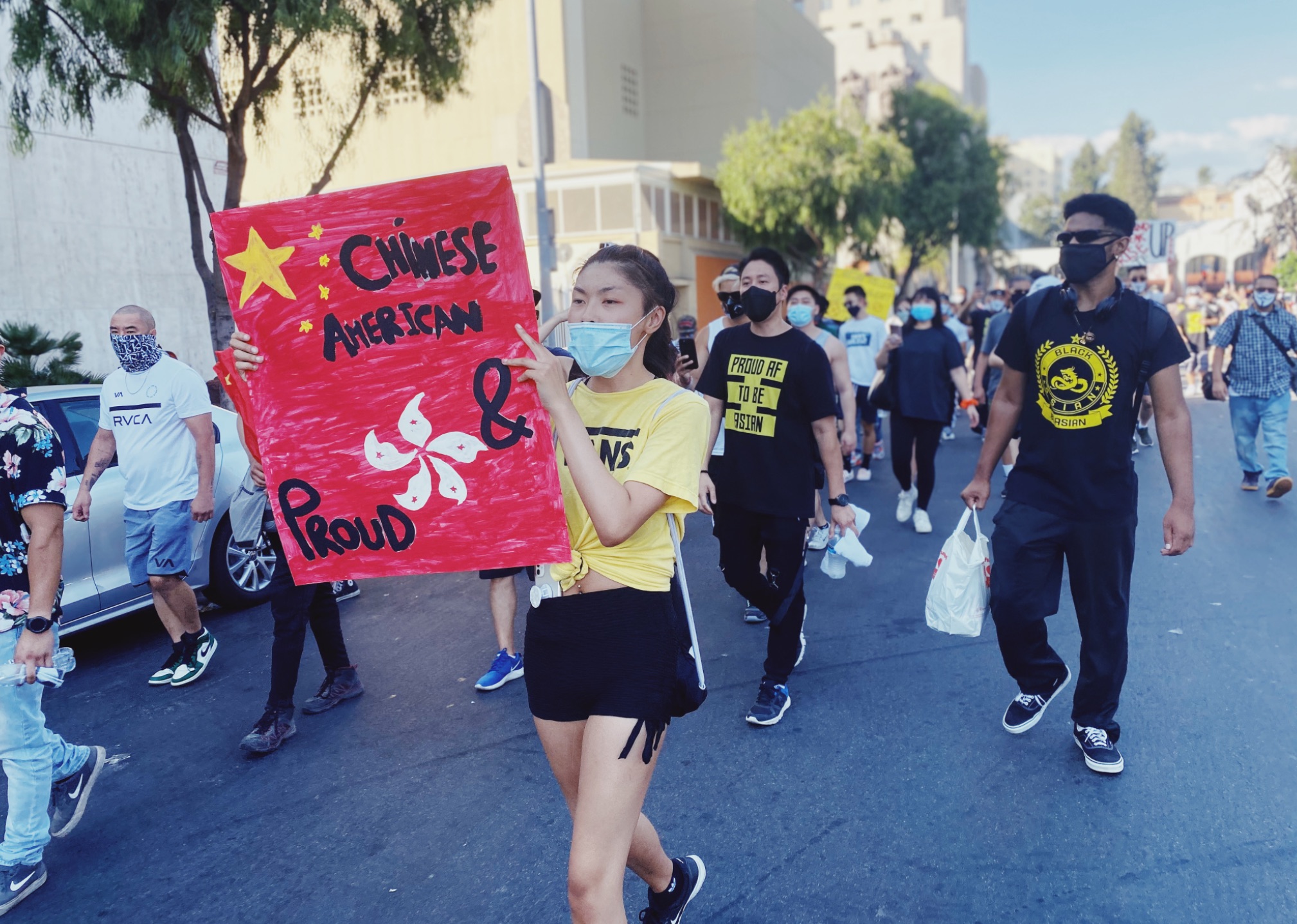 As anti-Asian sentiment has risen with the phrase “Chinese Virus” being inaccurately used by some to describe the coronavirus, Chinese-American community leaders are united to aid hospitals in combating the pandemic. Facing verbal abuse and physical attacks, the community tapped into social connections and resources to raise money and donate medical supplies.