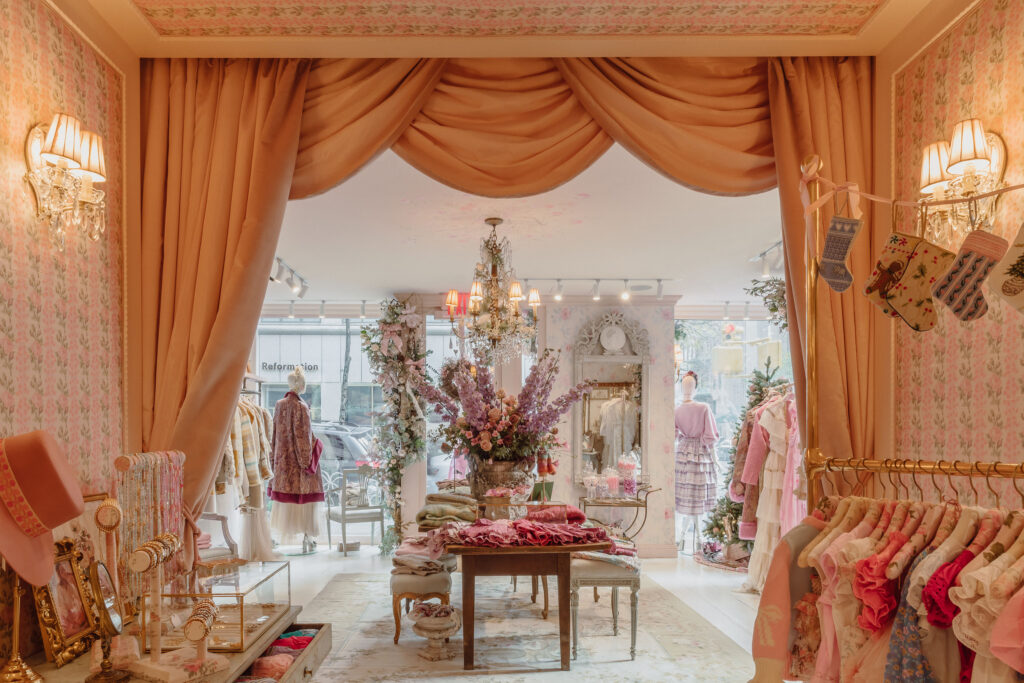 LoveShackFancy, the trendy clothing brand, opened its newest location on October 23rd in Coconut Grove, a popular part of Miami.

Looking from the outside, the decor is not a typical storefront.

The outside of LoveShackFancy is filled with an abundance of flowers to greet customers with their feminine aesthetics. Driving past, it would be hard to miss. Walking inside, the clothes match the outside style, vibrant and vintage.

In 2019, LoveShackFancy opened its first store on Bleecker Street in Manhattan.

Since opening, the brand has become sought-after due to social media influencers raving about the picture worthy clothing and and stores.

Alexia Royer, an employee, says the store attracts customers of all ages, especially with the location.

“We see a lot of all ages, also now the Grove has picked up so there’s a lot of tourism. So there’s people from five years old to newborns,” Royer said. “It’s very nice to see everyone who comes in. Also the store attracts people from outside just because it’s so pretty.”

Each LoveShackFancy has a unique component to it to match the location or neighborhood in which its in. This store reflects the Art Deco style in Miami, and there are printed pillows throughout that are “Coconut Grove” pattern.

Royer says opening weekend was a success, with food trucks, drinks, and even a DJ.

“Everyone that would come in would tell us how excited they were for a Loveshack in Miami because there is one almost in every major city, so for one to finally open in Miami was such a big deal, everyone was so excited,” said Royer.

This is one of five new LoveShackFancy stores that are opening, with the brand looking to expand all the way from Charleston, South Carolina to Nashville, Tennessee.