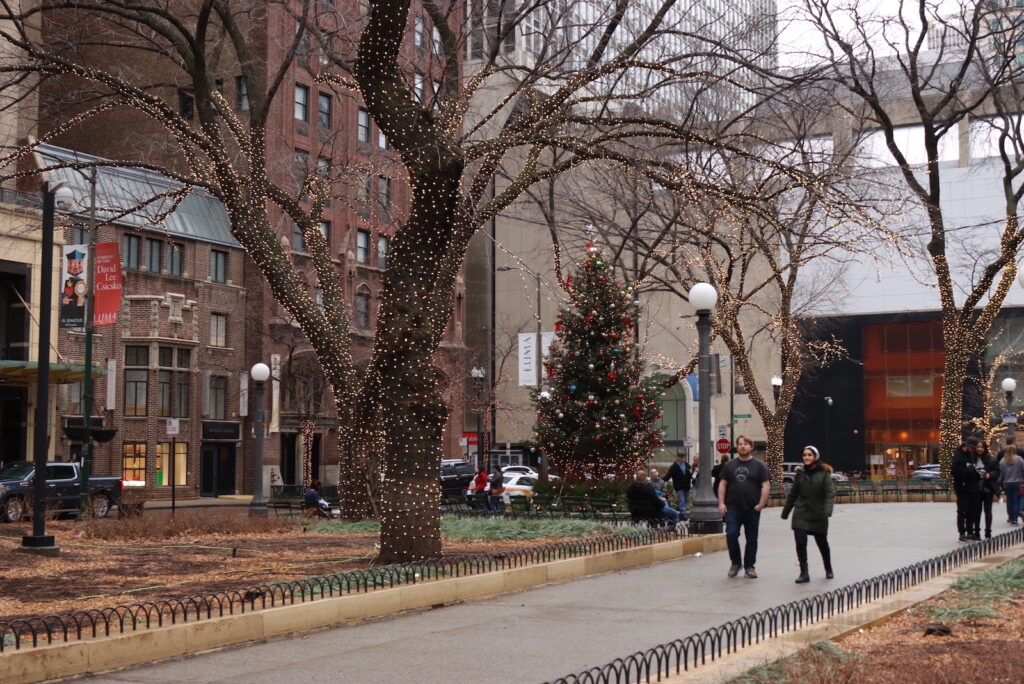 (CHICAGO) – Downtown Chicago has seen a wave of robbery-related crime over the past few months, changing the tone of the tourist-packed area of the city. The Magnificent Mile, a 13-block long strip of commerce and dining on Michigan Avenue is a common stop for shoppers. It is also an area targeted by criminals.

Recently, the Burberry store on North Michigan Avenue was robbed.  Thousands of dollars worth of merchandise was stolen.

The robberies target high-end stores on the Magnificent Mile, with groups of teenagers suspected of the heists. In an article posted to Fox 32 Chicago, 2nd Ward Alderman Brian Hopkins said the robbers intentionally seek the most valuable items and it is telling of a larger, organized operation.

Now in the middle of the holiday season, will this crime wave affect the number of consumers coming downtown?

The Click spoke with a security guard who works for a high-end department store on Michigan Avenue. Wanting to remain anonymous, he shared the following, “I am not afraid to do my job. I am only concerned that all of these robberies are happening because kids want to hop on a trend. It is not fair for the folks that want to get something nice. It is the holidays, you shouldn’t be scared to come downtown. I wouldn’t want to come down here and risk that personally, I rather just shop online.”