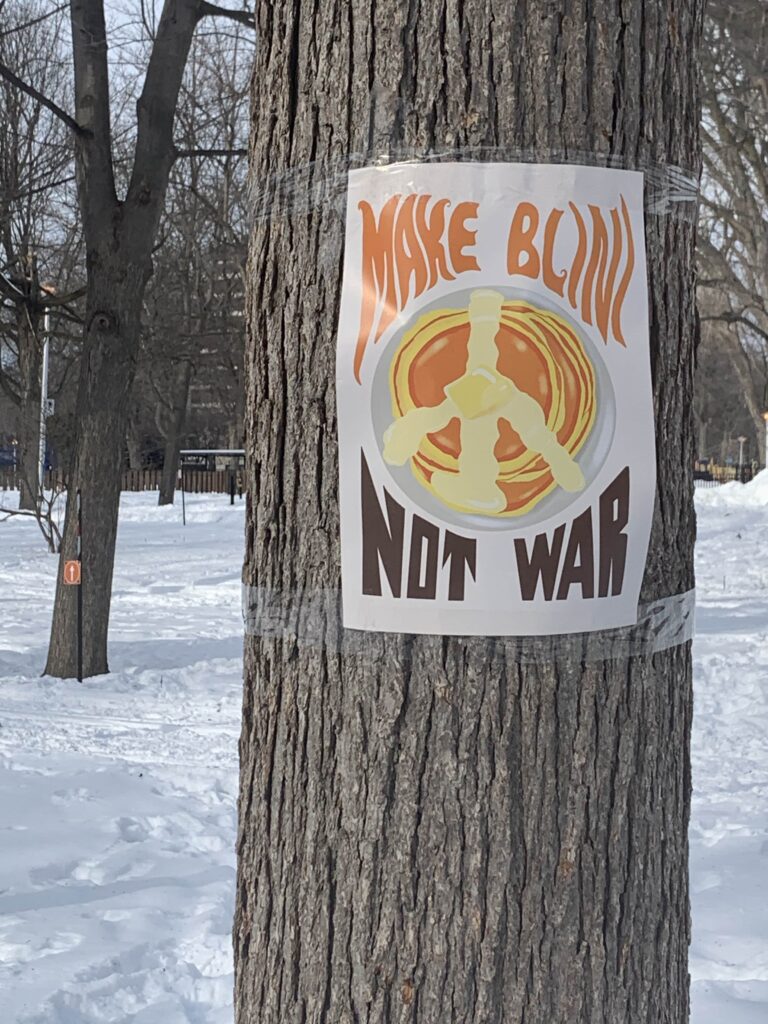 Marat Solodky and his friends hosted “Make Blini Not War” as a peaceful protest against the Ukrainian war. [Credit: Paige Gilmar]

As images of war fill up screens and websites across the world, Russian Montrealers are protesting against the Ukrainian War in a unique way—through food.

The blini, a dessert crepe originally served during the Slavic holiday Maslenitsa, has become the community’s protest symbol against Russia’s invasion of Ukraine.

Originating in the pre-Christian era, Maslenitsa is a week-long event that occurs at the end of February, celebrating the beginning of spring through butter-based foods like pancakes and pirogies. During Maslenitsa, there are as many festivities as there are foods, some of them being sleigh rides, snowball fights, and wrestling.

But in the wake of Russian President Vladimir Putin’s unprovoked invasion into Ukraine almost two weeks ago, traditional celebrations have been all but postponed in eastern Europe.

One subset of Montreal’s Russian community, however, has found celebrating can take on many forms—and that includes helping.

Local Russians in the Montreal area gather together to serve blini to the public and raise money for Ukraine. [Credit: Marat Solodky]

One patron says, “They were really delicious; my son enjoyed them particularly. He wanted more, but I said no, no, no.”

Solodky says, “We just hoped to collect some significant amount that can actually make any difference.” 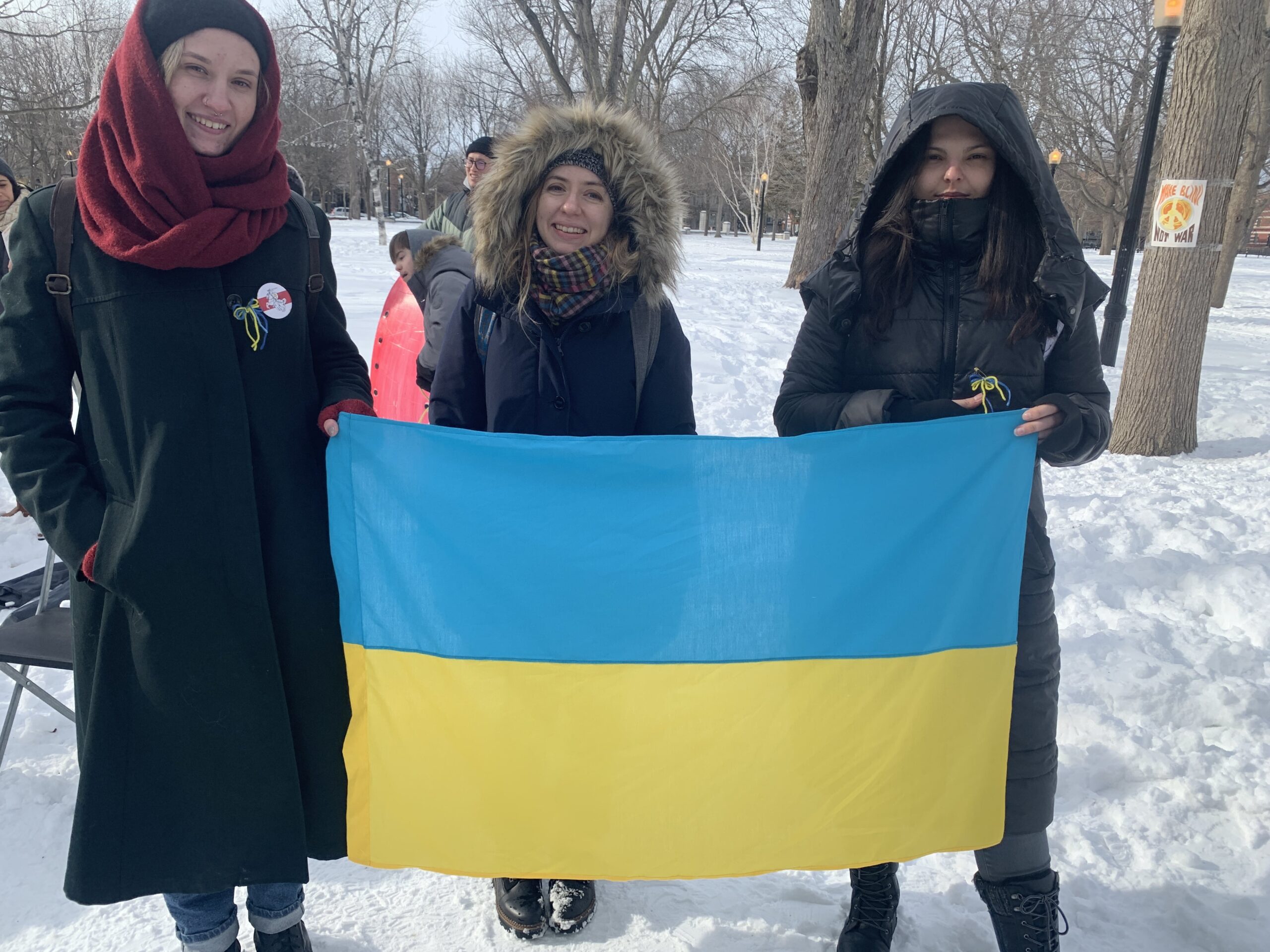 Despite their heritage, Russian locals show their support for their neighbor, Ukraine. [Credit: Paige Gilmar]

All proceeds were given to Razom, an emergency response program that provides food, water, and medicine to areas of Ukraine ravaged by war. This nonprofit human rights organization works alongside governments and embassies to pinpoint areas in need of medical supplies and emergency assistance.

And through Razom’s help, “Make Blini Not War” is one of the many ways Montreal’s eastern European community is fighting against Russian warfare in Ukraine.