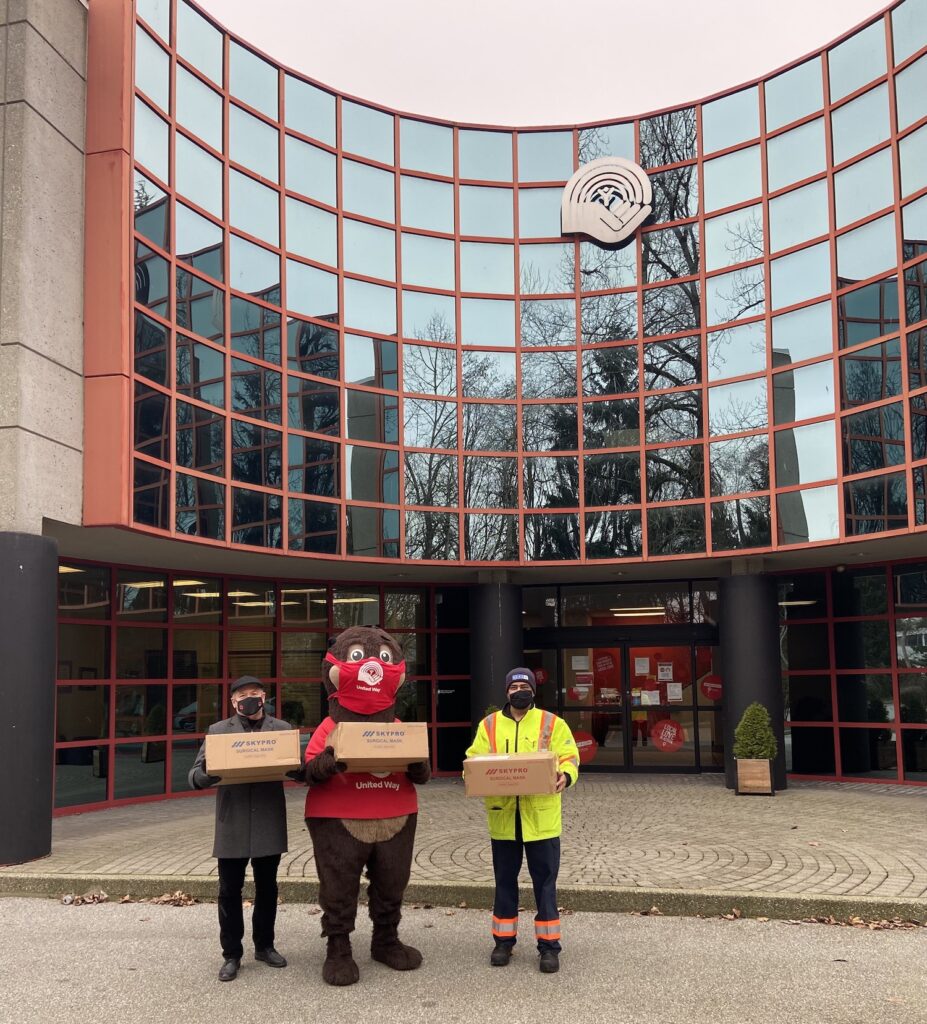 Michael McKnight (left) and a BC Transit employee outside of the United Way office in Vancouver, BC. [Credit: United Way]

Masks Being Provided to Bus Riders Across Canadian Province

(SQUAMISH, BC) — The United Way, with funding in part from consultancy giant Deloitte,  has launched an initiative to make masks more accessible throughout British Columbia.

The joint effort will make masks available to all riders of public transit throughout Canada’s westernmost province, ensuring that the transit system can continue to run and provide for low-income individuals who rely on it.

Masks were made available to riders and employees of BC Transit, the province’s bus system, starting in the Vancouver area on January 22. Communities north of Vancouver such as Squamish and Whistler, along with other population-dense areas throughout BC, will be receiving masks over the next two months.

Research has shown that a lack of a reliable transit systems has negative effects on lower-income communities. A study from the Canadian Centre for Policy Alternatives found that transit use is more common for those who cannot afford a car, with families whose income was less than $20,000 using transit 23.1% of the time,  while families with income over $80,000 used it just 9.1%.

“Right from the beginning of the pandemic, personal protection equipment was identified as an area of need, not just for health care workers,” Michael McKnight, CEO of the United Way told The Click.

According to Statista, British Columbia has reported the lowest number of cases in the three most population-dense provinces, with just over 70,000 cases of COVID-19 as of February 14, 2021. Alberta has reported over 125,000, while Ontario has seen the most cases at 285,868.