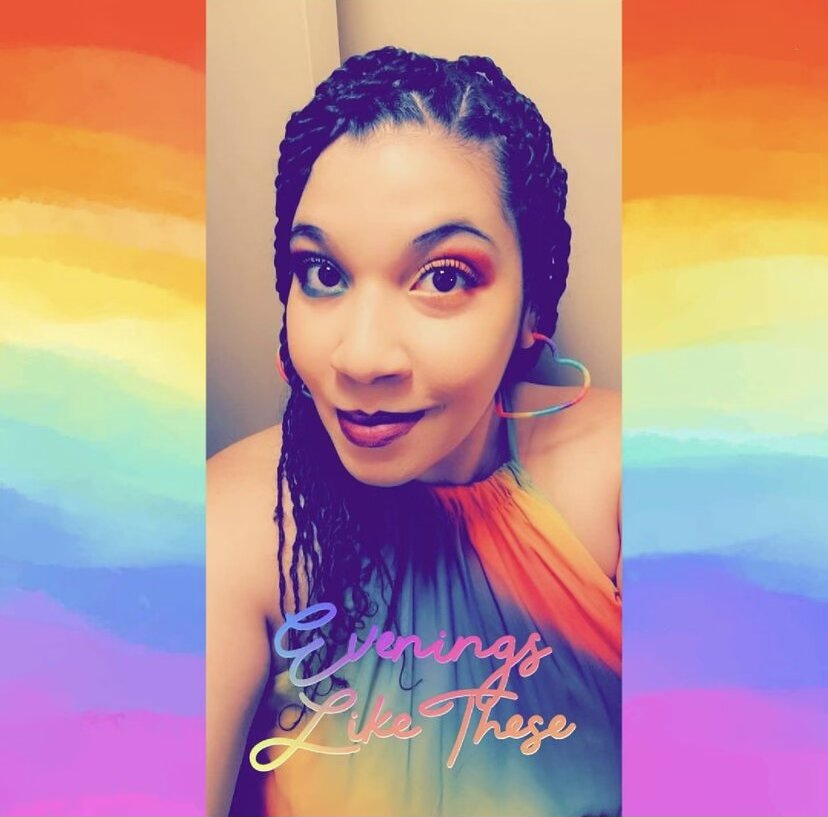 Media Coverage of Demisexuality Boosts Visibility of the Community

(TORONTO, Canada) — Growing up, Sky Lea-Ross wasn’t very interested in having sex, despite peer pressure in middle school and high school to do so.

At the time, she believed waiting until marriage was the right thing to do. However, Lea-Ross wasn’t religious — and it took her some time to realize that not wanting to engage in sex was in fact part of her sexual identity.

Lea-Ross, an author and doctorate candidate, identifies as demisexual: someone who only feels sexual attraction after an emotional bond has been established.

“I had always considered myself a romantic person, and I could have fantasies, but engaging in sex with strangers didn’t make sense to me,” Lea-Ross told The Click. “I could find people aesthetically pleasing, but if their personality wasn’t compatible with mine or we didn’t know each other well enough or develop an emotional closeness, it was impossible for me to be attracted to them.”

Sexuality can be fluid for some people and not for others, and an increase in LGBTQIA+ media coverage is gaining traction. During the pandemic, there was a surge in media coverage of demisexuality after high-profile public figures shared their stories, among them Michaela Kennedy-Cuomo, daughter of former New York Governor Andrew Cuomo. She came out as demisexual on Instagram Live in June 2021.

The increase in attention has raised questions about visibility, acceptance, and the experiences of those from the demisexual community.

“I don’t think it’s a coincidence that coverage has happened after [demisexuality] has become more visible, particularly during the pandemic,” Zac Schraeder, a registered psychotherapist in Toronto, told The Click. “There has been a real shift to socializing and relating to each other via the internet.”

The term “demisexual” was first coined in 2006 by the Asexual Visibility and Education Network (AVEN), an online forum that facilitates support, acceptance, and discussion for the asexual community.

Demisexuality does not refer to who someone feels attraction toward, but rather how they feel attraction.

Attraction is a “big umbrella,” Schraeder said, as many types exist. For example, “general attraction” is finding someone appealing, while “sexual attraction” is wanting to engage in sexual activity.

“It’s important to note that demisexual folks do often report that they can have sex for physical pleasure without any sexual attraction,” said Schraeder, who is completing his training at Work in Progress Mental Health Collective in Toronto. “Demisexuality exists in the realm of sexual attraction, not the ability to engage in sex. They are different things.”

This means that anyone who identifies as heterosexual, bisexual, etc., can also identify as demisexual. Experts also say that demisexual individuals also fall under the asexual spectrum (commonly called the “ACE spectrum”) as part of the LGBTQIA+ community. Asexuality, however, is not synonymous with demisexuality.

“The LGBTQIA+ community is a wonderful mosaic of so many spectrums of attraction levels, gender expressions, sexualities, and biological sexes that intersect at many different points,” Schraeder said. “Imagine it as multidimensional and complex, like a galaxy!”

Though coverage of demisexuality has brought more awareness to the community, there are still misconceptions about the ACE spectrum.

Basil Langevin, co-founder of the Toronto-based organization Asexual Outreach, said that many who identify as demisexual believe they were born that way, but that demisexuality can also arise from experiences such as trauma. Langevin utlizes the asexual umbrella to illustrate that demisexuality is a sexual orientation.

“People think that asexuality is a choice when it is not; it’s a sexual orientation, just like any other,” Langevin said.

Elle Rose, an American blogger who identifies as demisexual, notes that demisexuality is also not the same as abstinence or celibacy, and that it’s not tied to an individual’s positionality such as one’s race or sex.

“Demisexuality is not ‘just being a woman’; this is a very sexist take that not only ignores what demisexuality is, it erases the lived experiences of many people,” Rose wrote to The Click.

When Kennedy-Cuomo came out on Instagram live at the beginning of Pride month this year, media outlets such as Insider, Today, Out Magazine, and NBC used the news to highlight what it means to identify as demisexual.

“When I was in elementary school, I feared that I was lesbian,” Kennedy-Cuomo said during the livestream. “When I was in middle school, I came out to my family and close friends as bisexual. When I was in high school, I discovered pansexuality and thought, ‘That’s the flag for me.’ I’ve recently learned more about demisexuality and have believed that that identity resonates with me most.”

In March 2020, Canadian author Alex Kazemi shared his journey of being demisexual to Out Magazine, aiding in the growing discussion around the orientation.

“It is a magickal orientation because we are a lesser-known orientation and are just becoming visible now,” Kazemi told Out Magazine.

“With mainstream news media, there are more and more stories about asexuality coming out, but it still is lesser-known and lesser focused on,” Langevin said.

“There is some good asexual representation out there, but not much in the way of demisexuality,” Rose said. “It would be nice to see it talked about in media in a positive way that also educated people on what it was. I have yet to see it.” 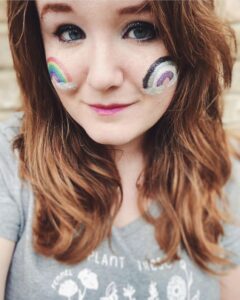 Lea-Ross suggested the uptick in demisexual media coverage could be attributed to social media.

“The general public still has no idea WTF demisexuality is, LOL, so I still think the awareness is highly lacking, and representation is sooo important,” she added in an email to The Click. “Positive representation matters and it saves lives. It promotes acceptance and shows others we exist, as well as helps us feel seen and lets us know that we’re not alone.”

Dating and Identifying as Demisexual

The lack of awareness around demisexuality translates into the dating experiences of those identifying as demisexual.

Rose said she has not dated much online since coming out, stating that many were misinformed or unaware of demisexuality when she was online dating.

“Imagine if you had to always prepare a presentation on your orientation every time you wanted to go on a date; you’d get tired too,” she said.

Rose called it a “very exhausting experience,” and Lea-Ross said online dating “has been a dumpster fire.” She now advises others against it.

“We live in such a sex-crazed society that seeks instant gratification, so dating-app users are usually disappointed and find you to be a ‘tease’ if you don’t offer or aren’t interested in sex up front,” Lea-Ross said.

For her, dating has led to experiences of sexual harassment and assault due to stating her sexual identities on her profile (demisexual and also pansexual, which is a sexual, emotional and physical attraction to an individual regardless of their sex or gender identity).

“No matter how many times I’ve tried to explain myself, being as clear as I can possibly be in that sex is not something I can engage in without a solid, emotional connection first, men have tried to take advantage of me several times,” Lea-Ross said. “A man once told me giving him a kiss ‘wouldn’t kill me,’ even though it was my first night meeting him [and] I informed him several times that I wasn’t comfortable. And as insulting as that was, it was actually quite tame compared to more dangerous experiences I’ve had.”

Lea-Ross states that casual sex is a common occurrence in society, saying it is “simply expected of you nowadays, and if you aren’t willing to give in, you’re basically rejected and devalued.”

Being demisexual and trying to find a long-term partner makes it “a lot more difficult,” she added.

Coming Out, Allyship, and Resources

There are resources available for those wishing to learn more about demisexuality or the ACE spectrum, who want to come out or are in need of support. Schraeder said that connecting with a queer-affirming mental-health practitioner is one way; others include seeking a demisexual mentor, accessing local LGBTQIA+ community centers and organizations, or visiting sites like Demisexuality.org.

“If somebody is reading this and is ACE themselves and questioning it or knows someone that is, [there is a] fairly good chance that within your city or within your state or country, there is an ACE community that you can connect with and meet other folks like yourself,” Langevin said, recommending the directory Aces & Aros.

The terms found within the LGBTQIA+ acronym spectrum are also a way to help understand your sexual identity.

“When you find that term that you feel perfectly describes you, it’s so illuminating. It brings comfort and joy. It proves that there’s nothing wrong with you and there are others like you,” Lea-Ross said.

Coming out may be a continuous process, and so is understanding your sexual identity.

“Labels are like sticky notes; you can take them down and rearrange them and write new things on them. It’s not set in stone. It’s okay if it takes however long it takes,” Rose said.

Schraeder said, however, that sometimes labels that are projected onto you can cause distress, anxiety, and depression.

“When you have an alternative sexual or gender identity that isn’t blatantly obvious, you have the privilege of ‘passing,’ meaning people assume you’re heterosexual, allosexual (the opposite of the asexual spectrum community), or cisgender unless you tell them otherwise,” Lea-Ross said. “So that privilege protects you in a way. We’re not necessarily subjected to the same type of abuse as people who are obviously different (i.e., overtly gay or transgender, etc.), but it’s a double-edged sword. It renders us invisible.”

For those wanting to come out, Lea-Ross, Langevin, and Schraeder advised only to do so carefully when you are ready and if it is safe and feels right.

“Assess those in your inner and outer circles to determine who is safe, open, and accepting,” Lea-Ross said. “And only do it if you feel it’s absolutely necessary for your happiness. You don’t have to come out for anyone but yourself.”

Langevin advises on being an ally to those who come out as demisexual.

“When people come out as being on the asexual spectrum, they’re doing so because they want to invite you into their lives; they want you to know them in a deeper, more meaningful way,” Langevin said.

As the demisexual community continues to gain more visibility, Lea-Ross reminds people of the validity and experiences of the community.

“Being demisexual is beautiful,” she said. “It just means that we require a little more than surface-level interactions to develop sexual attraction, and there’s nothing wrong with that at all.”