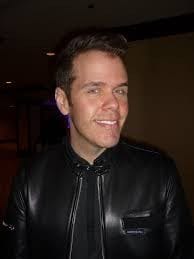 NEW YORK – Other than to family and friends, the name Mario Armando Lavandeira Jr. probably doesn’t ring a bell.  ­­Mention his “professional” name – Perez Hilton – however, and millions would recognize this Cuban-born American as the celebrity blogger and founder of the gossip website PerezHilton.com.

Hilton, 41, has written hundreds of stories about everyone from Michael Jackson to Miley Cyrus. His brand of news is often controversial, speculative, and in one case, outright false.  Yet, with a successful website that reportedly gets over 300 million hits a month, a podcast, and two YouTube channels, I wondered if Hilton, despite his in-your-face style of reporting entertainment news, could still be considered a journalist.

When reviewing Pew Research Center’s core principles of journalism, which include “getting the facts right, getting both sides of the story, and not publishing rumors”, I was reminded that having a large number of followers or views on a website does not automatically earn a person the title of journalist, no matter how many people read their news.  It is unfortunate, however, that the definitions of journalism and what constitutes a journalist, can be ambiguous. It is not always as cut and dried as one might think. When it comes to celebrity bloggers like Hilton, I believe that other than staying loyal to their target markets, they don’t necessarily consider or practice the Pew Center principles.

In 2007, Hilton, an NYU alumni, reported the death of Cuban President, Fidel Castro.  He touted that he had exclusive sources and even claimed to be the first to break the news, before any major news outlets. It certainly would have been great to be the first to report such worldly news. The only problem was that Fidel Castro wasn’t dead.   Hilton had made the announcement without “getting the facts right” or “not publishing rumors”   So much for being a journalist. As online media outlet Gawker wrote, “It was a story of pure confection by a young blogger who had blurred and conflated crucial details.” That wasn’t Hilton’s only outright blunder when it came to reporting the death of a notable figure. When news of Michael Jackson’s death surfaced, he reported that it was all a publicity stunt meant to give Jackson an easy out to cancel his upcoming tour.  Once again, Hilton’s reporting was not only completely wrong, as Jackson had passed away, but it was also very insensitive. Hilton’s initial articles were filled with insults about the entertainer (he later apologized).  These are just two examples that highlight the skepticism of many when it comes to referring to bloggers such as Hilton as journalists.

As to the last core principle, “remaining unbiased,” this is yet another area where Hilton failed.  A large part of his celebrity came at the hands of controversy. His blogs were often based on personal opinion, not journalistic research or facts.  He used his platform to spew personal attacks against celebrities, sometimes using misogynistic and anti-gay slurs.

Hilton’s practice of reporting celebrity news was all too often less than ethical, a characteristic that many would agree is core to being a journalist. He took pride in outing celebrities who were gay, but had not made it public. Most notably were Lance Bass, of boy-band fame N’Sync, and actor Neil Patrick Harris.  Other unethical and un-journalistic, not to mention illegal, behavior included copyright infringement. Hilton was sued by several celebrities, along with big name corporations, for his use photographs, videos, and recorded material without permission.

Most journalists take their craft very seriously and do their jobs with integrity.  They conduct research. They report the facts. They do their best to remain unbiased.  I don’t believe that an exception should be made simply because one is writing about celebrities.  Fact-checking should be automatic. Truth should be paramount. Reporting “fake news” or attacking people for the sake of sensationalism, for money, or for personal gain is simply wrong.  It is not what a journalist does. Sounds like I answered my own question.