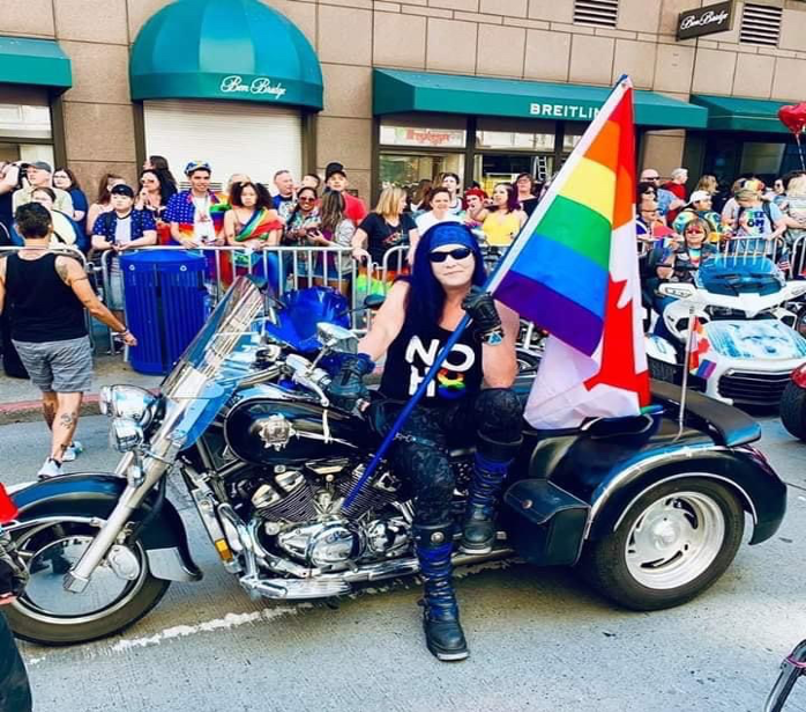 Meet the Seattle ‘Saint’ Saving Trans Lives Across the Country

(SEATTLE, WA) — Aeryn Saint walks triumphantly onto the front porch, a billow of smoke surrounding her 6’4 frame. She wears a flowing maxi dress and a large breathing apparatus.

“Already put it out, fellas,” she brazenly tells the firefighters, who just arrived to assist with the massive kitchen fire in the house Aeryn calls “Transhaven” due to its green forested landscape and secluded, peaceful location.

Later that day, Saint opened her home to the seven housemates who occupied the fire-stricken house. They piled into her 44-foot long renovated 1994 school bus (her primary residence parked outside the house).

“She invited everyone outside into shelter with refreshments and made everyone feel comfortable during that incredibly intense, difficult time,” said Kayla Azure, one of the residents of the home. 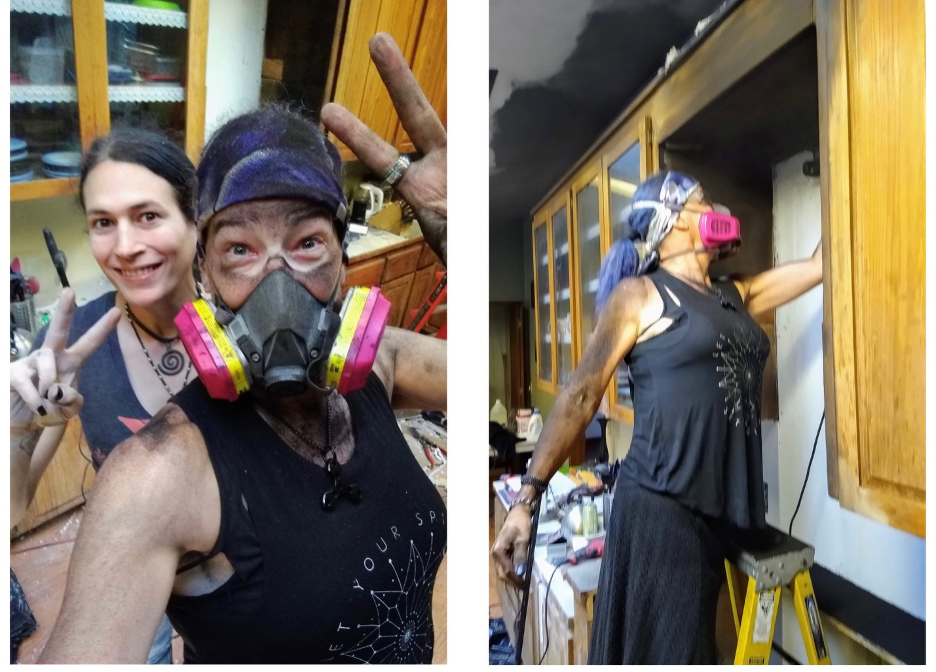 Saint helps her friends clean up the charred mess that remained after a kitchen fire. [Credit: Aeryn Saint]

Another housemate is a woman who Saint traveled across the country to rescue last year after she came out to her Amish community as queer and transgender.

Saint flew to Pennsylvania to help gather her belongings and drive her 2,500 miles back to Seattle.

According to the National Center for Transgender Equality, family rejection, discrimination, and violence have contributed to homelessness within the LGBTQ community. One in five transgender people in the United States has been discriminated against when seeking a home, and more than one in ten have been evicted from their homes because of their gender identity.

Other visitors at Saint’s home include women who are living on the unforgiving city streets. She often provides food and a place to sleep. “I’ve done that four times now,” Saint said.

“If someone’s in trouble, even if she is struggling and weak, she will open her home to them when they need it,” Azure said.

Saint explains, “I don’t have much, but I really try to help many in our community. Why? Because I can.”

In 2012, during the first year of her gender transition, Saint spent a year in Hilo, Hawaii. She participated in the island’s very first Gay Pride March and assisted a few reluctant and scared Hawaiian locals with getting tested for the Human Immunodeficiency Virus (HIV).

Just a week later, Saint said she was drugged, raped, and infected with HIV.

She came back to Washington in 2013, where Seattle doctors saved her life. “I am now undetectable and healthy. Since nearly dying, I’ve redoubled my efforts to help others in my community.”

Saint shares stories about the stigma of HIV infection on her Facebook page daily. According to the CDC, there are many misconceptions about HIV transmission and what it means to live with HIV today, due to lack of information and outdated beliefs.

“I’m just doing my best to help people dealing with one of the most feared viruses in human history,” she said. “After COVID goes, HIV will still be here, changing people’s lives forever, even if they survive it. HIV stigma kills people.”

As a previous medic, with decades of obtaining several sports and emergency medicine degrees and certifications, Saint understands she will never be able to return to her career. She shares that if she weren’t immunocompromised, she would still be in the medical field today. 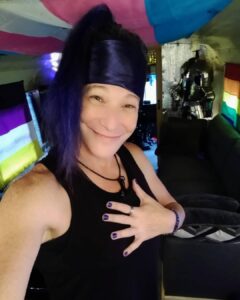 “I suppose I’m just trying to find ways of just saving or helping one. Then another, and another,” she said.

“She is wise, she listens, and she gives extraordinary wise and good counseling,” Azure said, “she’s always there to talk if you need to vent, she is always there for you. She won’t just give up on you. She’s not a quitter. She’s very strong and determined. She is a warrior,”

Even though she believes the skills she acquired through her years of schooling are now useless, Saint maintains a different set of skills that a textbook cannot teach.

“Before transition, I just leaned on my education and privilege to treat people, deal with injuries, and move on. Now, I’ve had to unlearn so much. All of this would kill most people. That is what keeps me going. Maybe I’m the person who keeps this victim of the same terrible thing from ending their own lives,“ Saint said. “I have a last name to live up to, after all.”