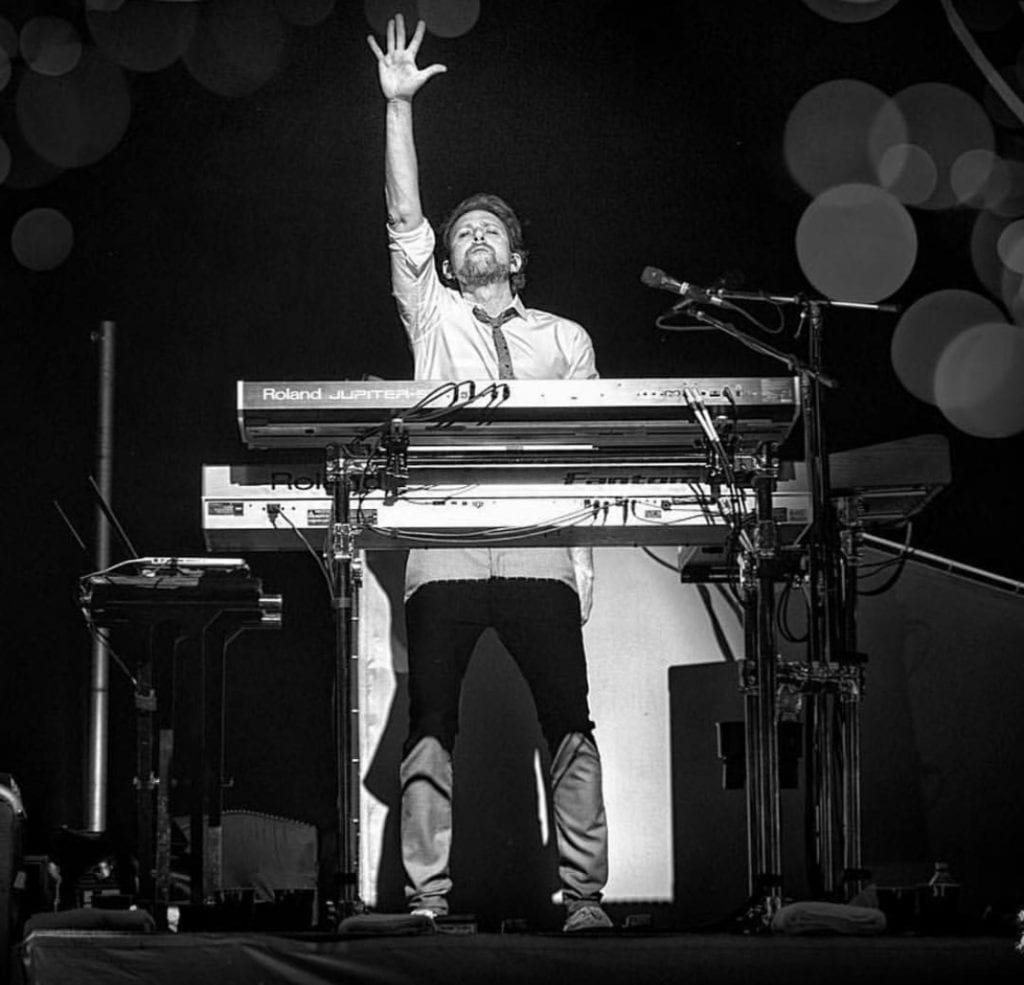 Michael Bluestein is a pianist, keyboardist, singer, and record producer originally from the Boston area in Massachusetts. Bluestein has been a long time member of the rock band Foreigner since 2008, and since then, has been a high-profile keyboardist and vocalist ever since his big move to Los Angeles back in 2003.

Bluestein studied music at Berklee College of Music. He started classical piano lessons when he was nine years old. “I practiced on a beat-up, old, upright piano that came with the house my parents bought in Haverhill, Massachusetts. I was instantly obsessed and practiced endlessly,” he says with a smile.

The keyboardist was recommended for an audition with the band Foreigner by Paul Mirkavitch who is the musical director for The Voice on NBC. “I had worked with him before with the artist Anastacia, so I knew I was in good hands.”

When he finally got the gig with Foreigner, it was a good time for him. He was able to showcase his skills and display his talent for the world. Foreigner went on tour and it kick started his career more than he expected it to.

Bluestein and the band got to travel all over the world on tour. Copenhagen, Denmark was a favorite stop.

“I’ve been there many times, it’s pretty incredible. Amazing architecture and great food. The people are very friendly and seem quite happy there. Must be socialized medicine.”

As for performing, Bluestein says, “It makes me feel quite lucky and grateful to do what I do!”

Originally the rockstar wanted to be a solo act. But after time being in the band, he realized that was a better for his temperament.

Back in 2012, Bluestein was diagnosed with colorectal cancer which caused him to take a leave of absence from the band in order to go through chemotherapy and take care of himself. It has been over seven years since that time and he is feeling his best self. “I am feeling fantastic.” He is still touring, making music and living life to the fullest.

No matter what hardships were thrown his way, Bluestein didn’t let that stop him from being who he really is. The talented, funny, life of the party musician has thrived and will continue to do so.

After 11 years in the band, traveling, making music and doing what he does best, it is apparent that he is exactly where he needs to be.