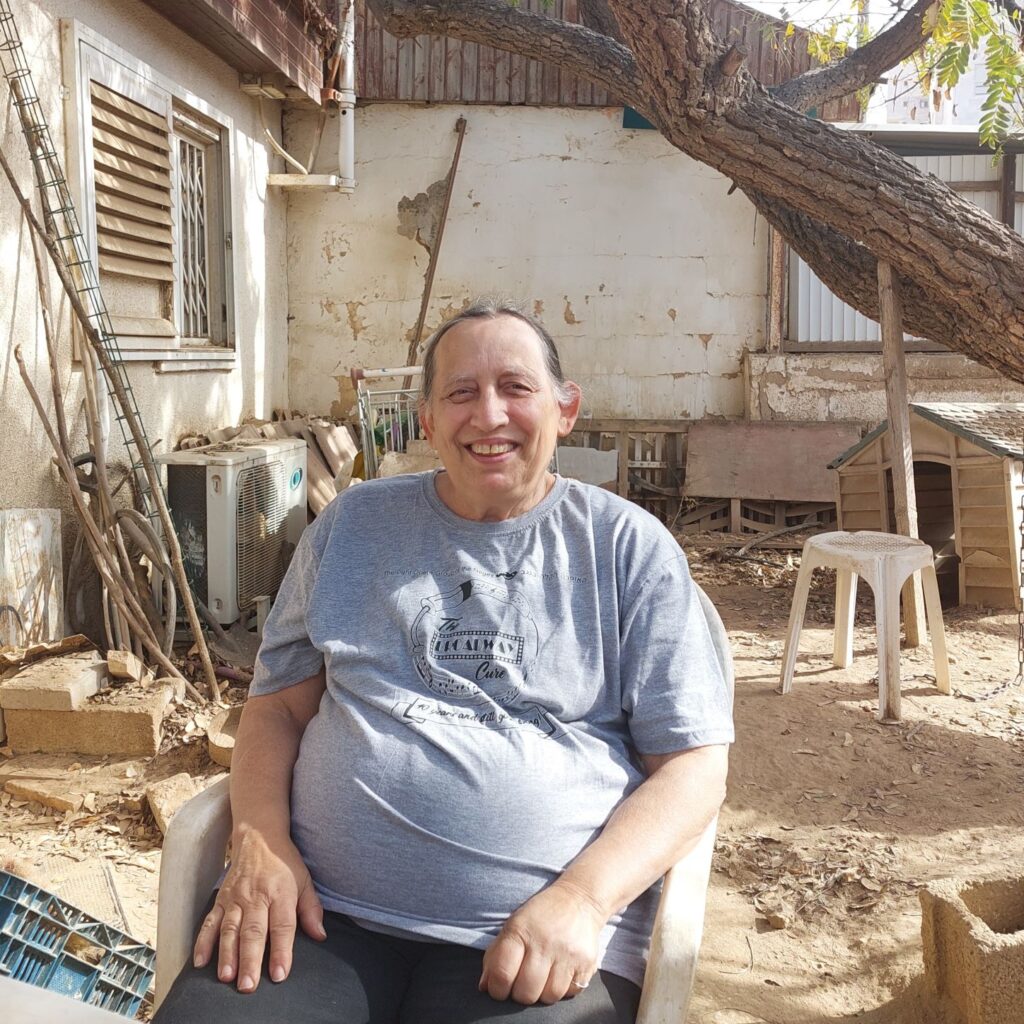 Mini-Book Has Closed, But the Story Lives on

(BE’ER SHEVA, Israel.) — As I walked up to Judy Freed’s house the second thing I noticed was a half-full bookshelf. It stood outside exposed to the elements and held junk instead of books. The first thing I noticed were the dogs barking at me from her yard. 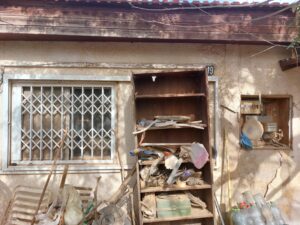 Judy is the last owner of Mini-Book a second-hand book store that exists only in memory and on a Facebook page that was still sharing book-related memes as recently as October 2021 — four years after its closing. None of the memes are original, they are mostly cartoons shared from other pages  related to reading such as a recommendation from the “Cathy” comic strip to “Set aside a little time each day for reading. 8:00 am – 8:00pm, for instance.” 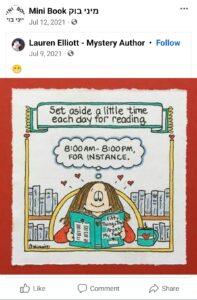 At age 67 with the demeanor of a grandmother and a broad smile – Judy considers herself an artist. She immigrated to Israel in 1977 and eventually settled in Be’er Sheva, where her husband, Ze’ev, found a job. In 2003, Judy was in her mid-forties and still searching for a career when she learned that Mini-Book was for sale.

Mini-Book was a used bookstore in the old city of Be’er Sheva established in 1975 by Carol Refaeli as a hobby. Her husband, Gideon, was an architect and property owner who provided her a space, rent-free, to open the bookstore.  When Carol died in 2002 her husband kept the business for about a year before putting it up for sale. In 2004, Judy bought the business.

During our conversation, a car pulled up and a woman got out and asked Judy for coffee. Limping, this woman let herself into the double gate, common in dog parks, and sat down. Judy introduced me to her friend, Mazal, before going inside and leaving us with the dogs.

Speaking with Mazel, I learned her opinion about the bookstore. “It is a shame that it closed, it helped lots of people, they had many books and people could bring books and get new ones, nowadays all the books end up in the trash.”

After Judy returned we continued our conversation while Mazel sipped her coffee. Judy told me that the business never made her any money. When asked why Judy smiled and said, “I am a lousy business (wo)man and bad at selling.”

Judy told me she had just three days of training before taking over and didn’t know what to buy, so she focused on her favorite kind of book – science fiction. She filled the store with the genre, but only the books she didn’t want to keep for herself.

On a typical day, Judy would open at 9 or 10 a.m., sit down, and start reading. When someone walked in she would try to help them, then it was back to reading. When I asked about the finances of the business Judy couldn’t recall much. Only that her rent was low and the property taxes were high. She told me: “I got in a deep hole with arnona [property tax] because I couldn’t afford to pay it. I could barely afford to pay rent.”

At first, she was breaking even, but soon the business was losing money. She kept the doors open by investing money Ze’ev earned at his government job. He warned her that when he retired they couldn’t continue. In 2017, that day came and she tried to sell the business, but there were no takers.

She found someone who wanted the lease to open a dry goods store. This man brought in his products and removed many of the approximately 20,000 books to make space, but never signed a contract. She doesn’t know what happened to those books, but it didn’t seem to bother her. All she had to say about the loss was, “He carted some off somewhere, G-d knows where.” 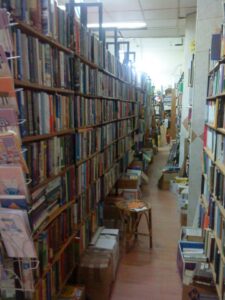 The books he didn’t take stayed in the store until she was forced to vacate and they were sold for practically nothing. She kept the ones she felt were worth something. These included a beautiful 10-volume, wildlife dictionary, books in Hebrew printed before 1948, when the State of Israel was established, and antique books over 100 years old. She says these books are buried somewhere in her house.

When I asked to see the bookshelves inside she declined, telling me the house was too messy at the moment for guests.

Now that the bookstore is closed Judy has moved on to theater. She is part of the chorus for the play “The Broadway Cure.” I asked her if she had any regrets about her time as the owner of Mini-Book.

“Not other than making bad business decisions, I don’t believe in regrets.”