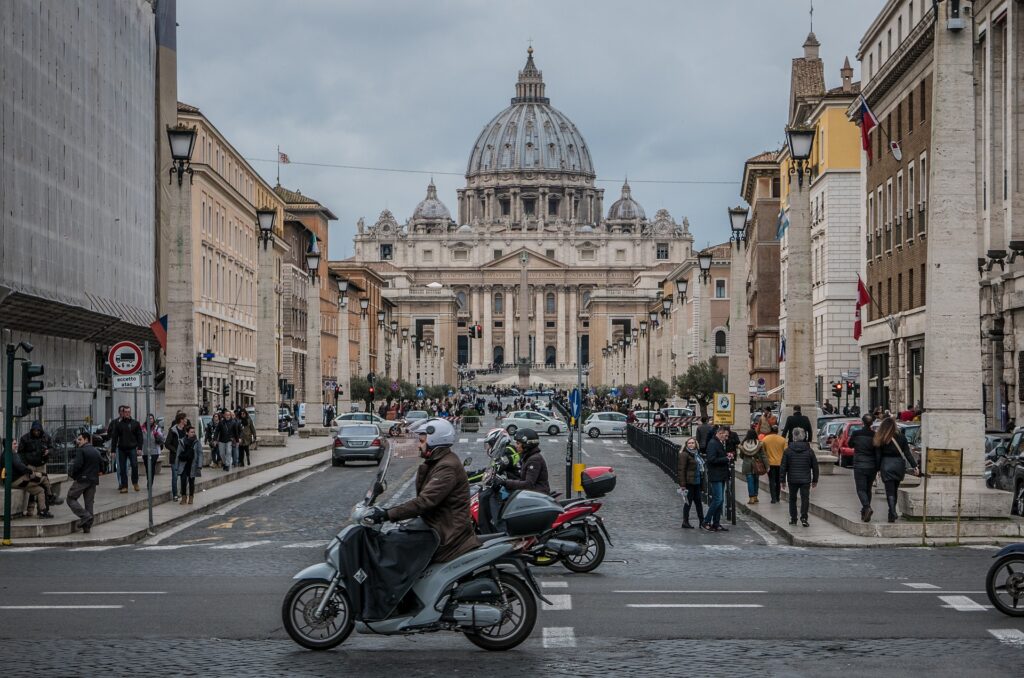 Photo by martieda via Pixabay

Opinion: Undercover Reporting as a Last Resort in Italy

(FLORENCE) — A recent undercover report published on fanpage.it, conducted by reporters Salvatore Garzillo, Sacha Biazzo, and Luigi Scarano with videomaker Arsenio Imperioso, unveiled some hideous truths about the far-right parties in Italy. Released in October, it is divided into two episodes, the first one structured around Giorgia Meloni’s political party, Fratelli d’Italia, and the second one on Matteo Salvini’s party Lega.

Salvatore Garzillo, journalist of fanpage.it, went undercover with hidden cameras for three years in some of the two parties-affiliated organizations to find out that important names in the Italian political scene belong to dangerous and unlawful neo-fascist groups. Run by “the black baron” (il barone nero), Roberto Jonghi Lavarini, these groups include people involved in the two far-right parties such as MEP Mario Borghezio, his colleagues Angelo Ciocca and Silvia Sardone, regional council members Max Bastoni and Stefano Pavesi, to name a few.

According to an article on Rolling Stone.it, Lavarini was born in 1972 and operates in what journalist Giuseppe Luca Scaffidi calls the “middle ground” between an underworld of unconstitutional fascist groups and the surface reality of institutionalized far-right parties. “The man that everybody knows but nobody knows,” is how Scaffidi describes the black baron.

What Garzillo did with his undercover reporting was uncover the names of people who in reality know the figure of the black baron, people involved in punishable matters of fascist apologia and money laundering. The two episodes, that justly blurry the faces and censure the names of people not directly involved in the case, show evidence of such important political figures wearing the Celtic cross, or pronouncing sentences such as: “(I would like my coffee) black and bitter like Republican fascism;” and “We need order, we need sticks (…).”

It also shows evidence of such important political figures gathering on the 20th of April for Adolf Hitler’s birthday, and talking about a Terza Lega (“third Lega”), a militant one. Garzilo disclosed a deep, real connection between Lega and Lealtà Azione, a neonazi organization whose original nucleus revolves around Hammerskin, a white supremacist group born in the USA.

The undercover reporting, in which Garzillo pretended to be willing to give an economic tribute to the fascist organization, had to end when the money was actually asked for. Instead of the money, fanpage.it reporters gave the black baron a trolley filled with books on the holocaust and the Italian Constitution.

There are aspects that could have gone wrong starting from the chance that his identity might have been revealed throughout these three years, resulting in dangerous consequences for the reporter, being that the fascist groups in question are not restrained from violent, unlawful resolutions. As Garzillo explained in a live interview by fanpage.it, during the whole undercover reporting he never stopped carrying out his real life. Even his job as a reporter went on for other news outlets, although he was very careful not to attend right-wing rallies with the purpose of covering them. After revealing his identity, Garzillo received threats from Lavarini, who said: “I will come and look for you if you don’t give me any explanations (…). You’re not a reporter, you’re a political spy”.

In this regard, Lavarini was not the only one who, in the aftermath of the undercover reporting, thought of Garzillo as culpable of unlawful misbehavior. According to an article on affari italiani.it, the Union of the Criminal Chambers has critiqued the work of undercover reporting by stating that what Garzillo did was a true investigative act, not an act of reporting because it is independent from any kind of judicial authority.

A truly essential aspect of undercover reporting however, is that independence from any institution. How can journalism be a check on the government if it can’t operate on its own, according to its own code of ethics? The SPJ Code of Ethics states: “Avoid undercover or other surreptitious methods of gathering information except when traditional open methods will not yield information vital to the public. Use of such methods should be explained as part of the story.”

According to the Union, Garzillo and his colleagues committed the following felonies during the undercover reporting, the article reports: art. 9494 c.p. (replacement of identity), art. 167 Privacy Code (unlawful treatment of data through the spread of conversations), art. 615-bis c.p. (unlawful interference in private life), art. 617-septies c.p. (spread of fraudulent recordings). However, reporters should stick to the art. 2 of the code of ethics that states, for instance, that it is only mandatory to declare one’s profession if it doesn’t put one’s life at risk, or if it doesn’t prevent one from accessing important information. If it is the only way of gathering information, it is a necessary act and is also typical of undercover reporting.

The ODG (the Italian Order of Journalists) shows solidarity in this regard. According to affari italiani.it, Carlo Verna, president of the ODG, defended his colleagues saying they were just doing their job, independently from any other external institution. It is the social relevance of the news that should stand out in public opinion rather than other alleged misconducts. Journalists shouldn’t be the target of the audience when something of state importance is revealed. People were divided after the reporting came out: some applauding fanpage.it, others accusing them of not being journalists. This is journalism: to seek for the truth, to acknowledge citizens of the truth.

According to micromega.net, some people say that the investigative reporting was carried out for a mere monetary purpose because everybody already knew certain things were happening. All things considered, there is no doubt that fanpage did it for the purpose of reporting. Isn’t what was reported of vital importance to the public? “It is forbidden, under any form, the rearrangement of the disbanded fascist party”, states the Italian Constitution, thus reinforcing the value of Garzillo’s investigative reporting. In addition, through fanpage.it the news spread in a viral way, it reached an audience that doesn’t read newspapers, it reached the online world.

Deception, transgression, creativity and purpose: undercover reporting is a debated journalistic style that raises questions on the core value of truth, identified by Bill Kovach and Tom Rosenstiel in their book “The Elements of Journalism”, as being one of the core principles of journalism. Reporters who decide to go undercover deceive the people they need to gather information from, they transgress ethical principles such as that of transparently identifying themselves, yet they are driven by a strong purpose of pursuing a concealed truth independently from any other institution.

Creativity is also needed in order to perform excellent investigative journalism and that can be interpreted as the opposite of objectivity, another core principle of journalistic ethics. These four terms may help diving into the contradictory nature, yet necessary role, of undercover reporting. Can the truth be pursued through lying?

Stephanie Craft from University of Illinois, in her article Looking beyond outcomes in weighing undercover reporting, quotes philosopher W.D. Ross in arguing that going undercover implies the collision of two perfect duties: keeping promises and respecting others’ autonomy without causing harm. This contradictory nature of undercover reporting, in which deception and transgression coexist with creativity and purpose, with partial transparency of method that is only revealed in the aftermath of the reporting, makes the decision-making process of going undercover even harder.

One needs to ask themselves: is it my last resort? And if it is, like in the case of a rising fascist threat in what should be an anti-fascist country, one is allowed to take a stand and go for it.