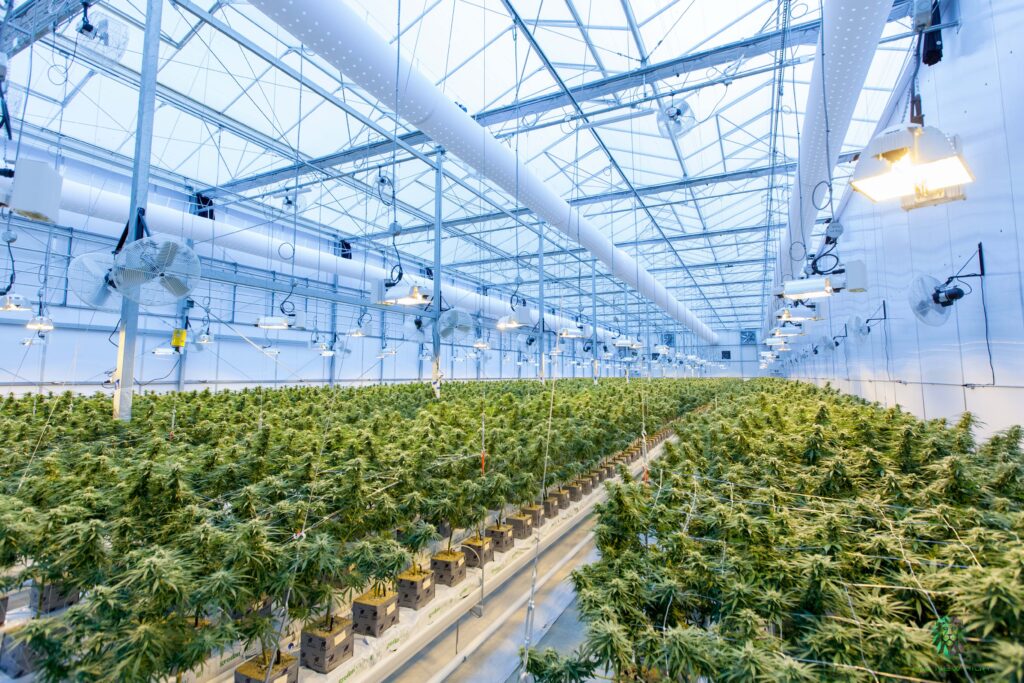 (JERSEY CITY, N.J.) — By 2025, New Jersey’s marijuana industry is expected to generate $1.6 billion in sales. In what experts say will be a competitive industry, the state’s largest pro-legalization donor is anticipating high returns on its campaign efforts.

Scotts Miracle-Gro, one of the largest fertilizer companies in the country, was the biggest donor to New Jersey’s 2020 referendum that legalized recreational marijuana in the state. The gardening company’s financial contributions made up nearly a third of the total lobbying behind the ballot question that voters approved two-to-one. With recreational sales in the state slated to start this Thursday, Scotts could stand to benefit from its political fundraising.

The recreational market was legalized when Governor Phil Murphy signed Bill A21 into law in February 2022, but his office has since been criticized for how slow the market has developed. It took six months after A21 was passed for the Cannabis Regulatory Commission to be formed with no real means of enforcing rules that outlined when the CRC had to allow recreational sales to begin. But lately, the state’s cannabis industry is growing more optimistic after the CRC announced that recreational sales would begin April 21 across 20 dispensaries.

New Jersey’s readiness to expand the cannabis market stems from campaign efforts to legalize it during the 2020 election, which was the seventh most expensive ballot question in the state’s history in terms of lobbying dollars spent.

“While the [total] amount is low compared to some previous New Jersey referendums and most marijuana initiatives in other states, it still is significant,” Jeff Brindle, New Jersey’s Election Law Enforcement Commission’s executive director (ELEC), said in a press release shortly after the 2020 election.

Scotts Miracle-Gro was the largest pro-legalization supporter of the ballot question. The company spent $800,000 ahead of the 2020 election: $700,000 on the Building Stronger Communities Action Fund, a pro-legalization PAC, and $100,000 to NJ CAN 2020, a coalition of advocates led by the ACLU, according to the ELEC. Neither group that Scotts donated to replied for comment.

Scotts has good reason to heavily invest: it owns and operates the Hawthorne Gardening Company, which manufactures equipment, nutrients, and fertilizer for indoor and hydroponic gardening operations. Indoor farming in general has been an increasingly popular trend that Hawthorne has been focused on — a market that Grand View, a research and consulting company, estimates will balloon to $75.3 billion globally by 2028. With New Jersey’s four-season climate, cultivating cannabis is expected to be an indoor operation and lean on the kind of equipment Hawthorne specializes in.

As the company originally pursued indoor gardening and farming, Hawthorne Spokesperson Brian Herrington told The Click that the company “realized that what was really driving innovation in the hydroponic sector and indoor growing was cannabis legalization.”

To cultivate cannabis, growers will need facilities equipped with proper lighting, irrigation, and structural equipment, which Hawthorne sells. In its 2021 fiscal year, lighting equipment was Hawthorne’s highest-selling product category at $452.4 million in net sales, with nutrients in second, according to the company’s annual report to the Securities and Exchange Commission. Hawthorne’s growth overall has excelled so quickly that Scotts Miracle-Gro revised its 2021 fiscal guidance in 2020 — the company expected Hawthorne’s sales to increase 45 to 50 percent for the full year, compared to 30 to 35 percent in its original forecast.

“Hawthorne has a strong foothold as a top brand with a lot of equipment solutions for this industry,” Samuel Leuschen, project manager at MJ Freeway, a cannabis software platform provider, told The Click. “You’d probably be hard-pressed to find a facility out there not using some sort of Hawthorne equipment,” though Leuschen stressed that it is a competitive market.

New Jersey is currently limiting the number of cultivation licenses — the number of locations allowed to grow cannabis to be used for recreational sales by a retail licensee — to 37 until February 2023, with the caveat that the number could increase as the market matures. That means that Hawthorne’s profits will be more directly tied to those 37 cultivators rather than the volume of retail sales.

“The state wants to have control over the market size to see if supply and demand kind of equals itself out. The last thing they want to do is have an oversupply and under-demand,” Sheri Springer, director of consulting service sales at MJ Freeway, told The Click.

Springer pointed out too that not all of those 37 cultivators will necessarily be large, corporate facilities either — the kinds that might span 100,000 square feet. Microbusiness licenses are also under consideration for cultivators. Such businesses, by law, cannot exceed 2,500 square feet and could require considerably less equipment such as lighting and nutrients from a company like Hawthorne. Springer said a lot of Hawthorne’s potential revenue hinges on just how much infrastructure investment a cultivator will have to make.

The company operates what it calls “North America’s first” research and development lab for cannabis. Located in British Columbia, Herrington said the lab has afforded Hawthorne the opportunity to hone in its products’ efficiency to reduce things like water usage and waste.

“We’re going to help growers not only be successful with your yields and quality, but also do it in a more efficient and effective way from a standard sustainability perspective too,” he said.