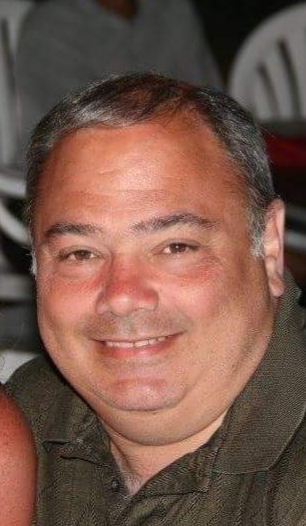 (FREEHOLD, N.J.) — On the morning of January 27, 2020, Ed Parze and his wife Sharlene found themselves at the podium of a press conference addressing friends, family and dozens of residents from their New Jersey community.

“This is a somber day,” he said. “Our lives will never be the same.”

The previous day, the body of their daughter Stephanie was found in Old Bridge, New Jersey, about 16 miles from her Freehold Township home. Stephanie, 25, had been missing since October 30, 2019.

The subsequent press conference was held by the Monmouth County Prosecutor’s Office, where Parze and his wife thanked those who showed them support for nearly three months.

According to the prosecutor’s office, Stephanie was killed by ex-boyfriend, John Ozbilgen, 29, who committed suicide before the police could issue a warrant for his arrest. Prior to Stephanie’s disappearance and death, he was charged with assaulting her.

Nine months later, Parze, 55, is now leading an effort against domestic violence and in support of those whose loved ones have disappeared.

Coinciding with Domestic Violence Awareness Month, this October marks the inaugural events of the Stephanie Parze Foundation, a non-profit founded this year. Parze serves as the president of the organization, which hosts fundraisers and raises awareness about the importance of outreach in order to prevent future abuse.

“The organization is because of my daughter and what happened to her,” he said. “Our goal is to educate, intervene and support victims of domestic abuse and the families of missing loved ones.”

“In their grief, [Stephanie’s] parents, family members and friends have dedicated themselves to honoring her memory and working to protect others from domestic violence and sexual abuse, and [to support those] with missing loved ones,” said Kevin Kane, the mayor of Freehold Borough. “They have established the Stephanie Nicole Parze Foundation to increase awareness and raise funds to support their cause.”

Parze intended to hold events for the non-profit earlier in the year, but due to the coronavirus pandemic, he had to delay the fundraising efforts. Nevertheless, he noted that October holds special significance for the Stephanie Parze Foundation because of its status as Domestic Violence Awareness Month.

Born in Brooklyn, Parze lived in several locations throughout New York and New Jersey before moving to Freehold Township. He’s lived here for nearly four decades and operates the nonprofit and its inaugural events around the area.

The first event was a golf outing that took place on Oct. 19 and at the Gambler Ridge Golf Club in Upper Freehold Township. Parze said there were 25 volunteers for the fundraiser and 120 golfers donated to the Stephanie Parze Foundation.

The next event was the 5K Color Butterfly Run/Walk, a paint race that took place on Oct. 25. For this fundraiser, Parze said there were 110 volunteers and around 250 runners participated.

The paint race was held at Lake Topanemus Park, which is located in Freehold Township but owned by Freehold Borough. Parze credited Kane with helping organize the event and providing a location for the foundation.

Kane also participated in the event as the leader of a team of runners.

“This event was filled with camaraderie, love and support for the Parze family and provided an opportunity to help fulfill the foundation’s mission,” Kane said. “I hope people will continue supporting this worthy cause to fight domestic violence and sexual abuse, and to support families with missing loved ones.”

“On behalf of the Township Committee, we extend our best wishes to the Parze family and the Stephanie Nicole Parze Foundation as they hold their first two events to raise much-needed funds which will provide support to families of domestic and sexual abuse,” Preston said. “Having seen first-hand how our community rallies around those in need, I have every confidence that these events will be successful allowing the foundation to be able to do great things in Stephanie’s memory.”

The two events are planned to be the first of many as Parze continues to raise awareness of domestic violence and help those needing support.

“We will have funds raised for next year for my daughter’s foundation,” Parze said.