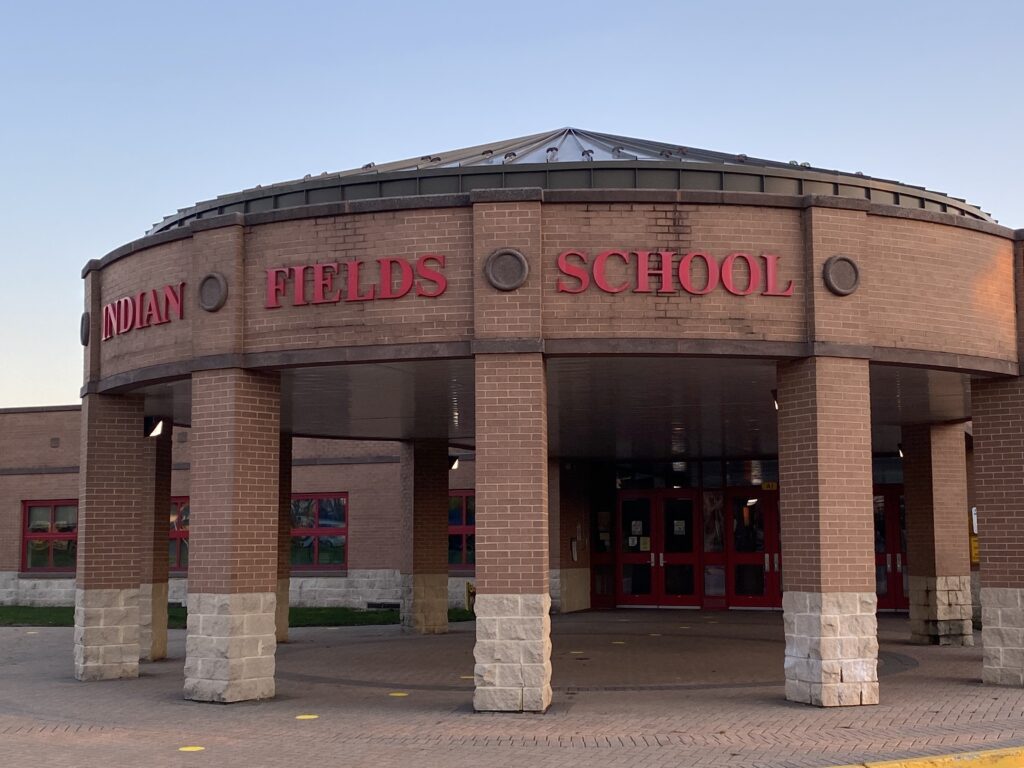 The sign over the New Jersey elementary school entrance says “Indian Fields School,” as it has for almost 30 years. The ‘Indian’ was meant to honor the local Lenni-Lenape tribe who lived in Pennsylvania, New Jersey, and Delaware. Thirty years later, it offends them.

When many schools, streets, and institutions are being renamed, a petition circulates to rename the Indian Fields Elementary School, named in 1991. Only members of the tribe do not feel honored but disrespected by the name. “If they wanted to ‘honor’ the Lenape people, why did they use a ‘generic’ word like ‘Indian’? We are not from India. And that is not honoring Lenape,” said Carla Messinger. 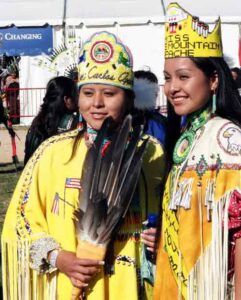 According to the independent Census Reporter, there are no Native American residents in South Brunswick Township. But that does not make the school name any less offensive or important to change.

After seeing a community member post about the school name on social media, Gillian Chambres, a humanitarian and Loyola University student, started a petition to change the name of Indian Fields Elementary School in Dayton, New Jersey.

“The term ‘Indians’ in reference to indigenous people is outdated. As a community that prides itself on diversity and respect, we believe that it’s important to respect and honor the Lenni-Lenape tribe,” said Chambres, who was also inspired to act by the George Floyd police brutality case.

The use of the name ‘Indian Fields’ does not honor tribal nations and should not be used by a public school system, according to Angelique EagleWoman, a law professor at Mitchell Hamline School of Law in St. Paul, Minnesota who serves on the Indian American Board Association and a member of the Sisseton-Wahpeton (Dakota) Oyate tribe.

“This harkens back to stereotypical ideas of Native Americans in the 1800s, where dispossession of our lands, names, and ethnic heritage are culturally appropriated by use in White institutions,” she said. “Also due to the genocidal acts occurring in New Jersey and along the eastern seaboard, the name of the school may infer that taking of Native American lands adding further trauma to the Indigenous peoples of the region. The school should be immediately renamed.”

According to a March 10, 1991 story in the Sunday Star-Ledger about the naming of the school, James Revey, then chairman of the New Jersey Indian Office of Orange, New Jersey, wrote a letter of recommendation saying,  “Having the name will also keep alive the awareness of the original people.”

Chambres doesn’t have native ancestry, she said she doesn’t feel comfortable moving forward and would prefer a Native American to support her petition. She still can not get in touch with anybody. Her goal is to get the name of the school changed through her petition “Rename Indian Fields Elementary school.” She has collected a total of 2,157 signatures to date, aiming for 2,500 to show that the community cares and agrees the name needs to be changed.

The battle over Indian Fields’ name is one of many across the U.S. as citizens ask private and public organizations to examine who buildings were named after and why. Indian Fields is one of the hundreds of institutions in the U.S. with names that are offensive to indigenous people, inaccurate, or simply outdated. Across the nation as school boards, city councils, sports teams, and corporations are being asked to reconsider names that are culturally insensitive and out-of-step with the times. Some of the schools that have changed the names are Marion Independent School in Iowa, Pentucket School in West Newbury, Seneca High School in Kentucky, and a Skowhegan area high school in Maine. 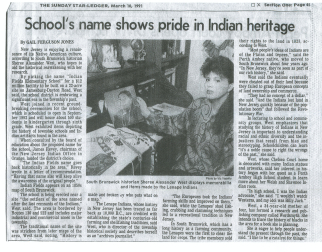 A 1991 article in the Sunday Ledger-Star said the school was named to honor members of the Lenape tribe who once lived in New Jersey. [Credit: Gillian Chambres]

However, such deals were problematic. Belding says that many colonists had to pay twice for such land, first to the British proprietors who claimed the land and then to the Native Americans who controlled the land. Even after the deals were cut, some Native Americans assumed that they could still hunt, fish, and plant on land they traded to Europeans. They took umbrage at being prevented from using the land. This led to conflicts and eventually the forced exile of Native Americans.

Messinger said there are many groups of Lenape people in Pennsylvania, New Jersey, Deleware, and other states, not a single tribe. “There are three tribes represented by the State of New Jersey. They are Nanticoke-Lenape, Powhatan Nation, and Inter-tribal American Indians of New Jersey. It also leads the children to think Natives are in the past, long gone. In fact, 40% of Americans do know that Native Americans are alive today! We are 0.02% of the population, with over 72% living in urban, suburban, rural, and farming areas.”

Today, Belding says, there are no Native Americans descended from the original Lenni-Lenape or other tribes in the area as far as he knows.

However, the mascot, an eagle, is acceptable to Oyate. “The use of the mascot as an eagle is an acceptable use of a truly noble bird. The United States has adopted the eagle as a national symbol. Indigenous peoples of North America revere eagles as symbols of spiritual upliftment,” she explained.

Some of the other schools are Columbia River High School in Washington, called “Chieftains,” LA Veta Jr. High school in Colorado called the “Redskins,” the Pocatello High School in Idaho called the “Indians” and Carthage College in Wisconsin called “Red Man” and “Lady Reds.” All decided to retire the names of these schools due to their offense to Native Americans.

It remains to be seen if officials will follow suit in New Jersey. The school’s principal Peter Rattien said that “the district is exploring this with much fidelity and information gathering, as it is taken very seriously.”

Chambres has not received an update from the Indian Fields Board of Education. “The township recently renamed the local library after late Mayor Killmurray, and there wasn’t any pushback. The previous name was called South Brunswick Public Library before they honored the mayor. I am hoping the renaming of Indian Fields can occur with similar ease,” she said.