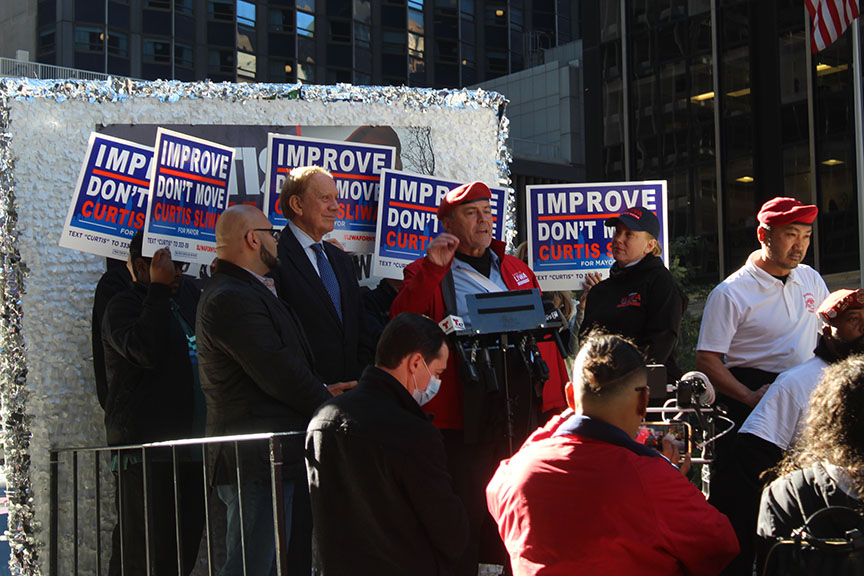 (NEW YORK) — Both of the candidates in the New York City mayoral race spent the hours leading up to Election Day making their last-ditch efforts to secure a win at the polls.

As part of a 24-hour long campaign tour around all five city boroughs, Republican candidate Curtis Sliwa boarded a campaign float in Midtown Manhattan, where former Republican Governor George Pataki joined him briefly. While on the float, Sliwa spoke out against outgoing Mayor Bill DeBlasio’s vaccine mandates, which he has vowed to remove if he is elected.

In Washington Heights, Senator Kirsten Gillibrand spoke at a “get out the vote” rally in support of Democratic candidate Eric Adams alongside other community leaders and Adams himself. While Eric Adams was highly favored to win the election, he still spent the day making several campaign stops in Manhattan and Queens.