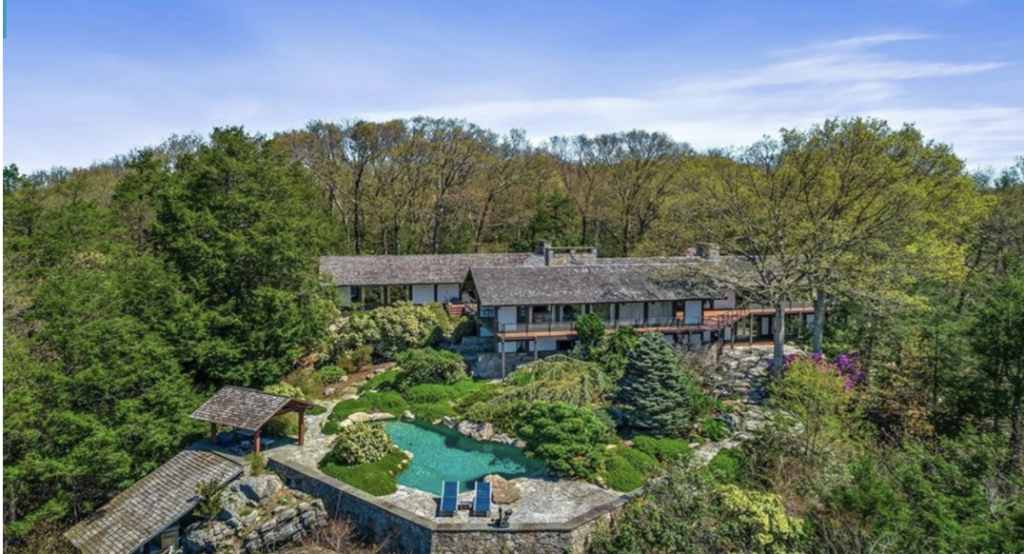 (POUND RIDGE, NY) — A surge in coronavirus cases has driven residents of New York City to flee their confined urban life. And the well-to-do don’t need to drive very far to find their escape.

Pound Ridge is a small suburb in Northern Westchester, an area just an hour’s trip from the Big Apple that’s so wealthy, locals call it “Pound Rich.” It’s also where the wealthy are finding new homes during the pandemic.

As Ebie Wood, former manager of real estate agency Houlihan Lawrence’s Pound Ridge office, once told The New York Times, “It’s possible to get something in the $200,000s, but it would be small and need work.”

Pound Ridge is home to millionaires and celebrities who might want to live near Manhattan without the buzz of the streets — including actors Richard Gere, Blake Lively, and her husband Ryan Reynolds.

These days, according to Douglas Elliman real estate broker Justin Friedland, the suburb is home to former New Yorkers trying to escape surging coronavirus cases in the city.

At the start of the pandemic, New York City was the epicenter of the virus in the state, with cases steadily rising in April. According to the New York Times, April 15 saw approximately 8,021 reported cases.

Friedland has lived in Pound Ridge since the ’80s and has worked in real estate for over 15 years. He says the town’s surge in new residents this year is similar to a more dramatic uptick seen after another historic crisis: The September 11 terrorist attacks.

“People wanted to get out of New York City desperately,” said Friedland, whose primary market is the Bedford-Pound Ridge area. “They felt they were targeted. And suddenly, they came up here.”

As the Big Apple’s residents fled, money soon became no object for the wealthier crowd, enabling the rise of housing prices between 10% to 20%.

“We had a big burst in home sales, and we were having multiple offers on things,” Friedland said. “Things were leaping off the shelves.”

However, Friedland noted that things are slightly different now because of the unstable economy caused by the pandemic.

“Because the economy is a little wonky right now, they’re not willing to just pay anything,” the real estate broker admitted. “September 11th, they’d pay anything, whatever you ask, make up a number, just to get out of the city.”

Friedland also explained that the town is an interesting place to sell real estate during the pandemic due to its isolation.

“We don’t have a railhead here, we’re not close to a train station, you’re not close to 684 [a local highway] really,” he said. “You’re kind of not close to anything, you’re in between everything. If you’re planning on opening a business in Pound Ridge, you better not count on traffic because there isn’t any. So it becomes a place where you have to really want splendid isolation.”

Still, Friedland stated that the rise in new Pound Ridge residents has been steady. He predicted another uptick if another city lock down takes place.

“If there’s another shut down in New York, if somebody declares, ‘Ah, it’s the second wave,’ bars close, restaurants close, and you can’t do anything or go anywhere, it will accelerate again,” Friedland said. “It really is uniquely dependent on how many structures are put on normal life.”

While New York City is known for its overcrowded streets, Pound Ridge is less congested, housing only around 5,100 people. This may make it easier for residents to maintain a six-foot distance from each other.

Town Supervisor Kevin Hansan has been a resident of Pound Ridge for 25 years.

“We have some ‘poor’ residents, but most of those you could also consider are seniors living on fixed incomes,” Hansan said. “We live in a town that is very fortunate.

However, Hansan also admitted that Pound Ridge suffered some minor setbacks at the beginning of the pandemic, including the fate of nonessential businesses in its tiny shopping center, Scotts Corners.

Mental wellness was another important item on the town supervisor’s pandemic checklist.

“Primary concerns were the mental health of residents,” Hansan said. “Job loss can quickly lead to the loss of their homes. Most people only have a few months of savings. Domestic violence, alcohol usage, and drug abuse is a real concern when people begin to feel financially strained.”

Aside from these factors, Hansan maintained that Pound Ridge was still doing relatively well in the midst of the pandemic, with the trend of New Yorkers moving to the area a highlight of the town’s continued success.