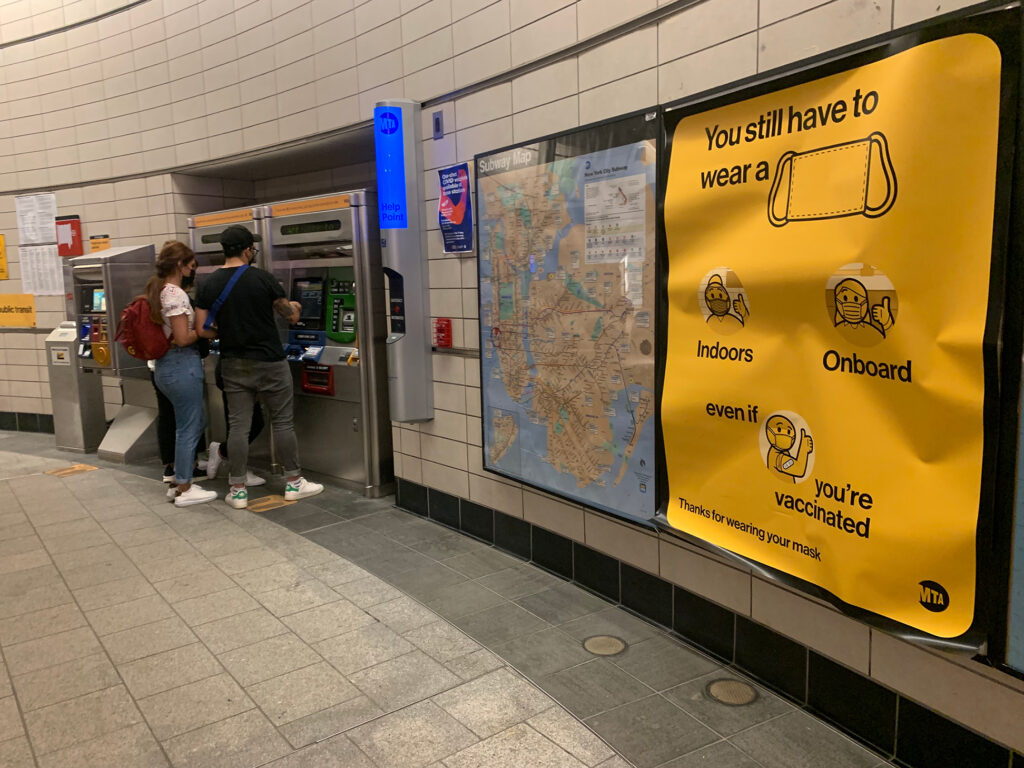 (NEW YORK) – As the delta variant causes a surge in COVID-19 infection rates across the country, New York’s Metropolitan Transit Authority (MTA) is stepping up mask enforcement throughout the transportation system.

At a press conference Wednesday, officials explained that efforts started after Labor Day weekend with a mask “blitz” that placed MTA officers in stations to hand out free masks and enforce compliance if necessary. According to MTA’s Chief Safety and Security Officer Patrick Warren, officers have handed out 25,000 masks since the blitz began.

The next stage of the blitz will consist of officers ramping up enforcement efforts. MTA’s acting chief of police Joseph McGrann emphasized that the overwhelming majority of passengers comply with personnel if they are asked to put on a mask. Warren said that $50 fines are an option if a passenger refuses a mask. The MTA implemented the fining measure last September after then-governor Andrew Cuomo issued an executive order requiring masks on public transportation.

“If you don’t mask up, you should not be surprised when you have to pay up,” Warren said. “This policy is not optional – it’s a government mandate.”

Riders must wear masks in all indoor stations and on all modes of transport that the MTA provides, regardless of vaccination status. As of Wednesday’s press conference, the current mask usage rates are 94% on buses, 87% on subways and closer to 90% on commuter railroads.

“We can and must do better if we’re going to beat the virus,” said Warren, who said compliance in earlier stages of the pandemic was between 98-100%.

“Most New Yorkers recognize the responsibility here to do the right thing,” McGrann said, adding that MTA officers dealing with mask enforcement have had more than 88,000 “positive encounters”  where customers put on a mask when they were asked to since the fine was put into place last September.

The MTA volunteer “mask force” has also been working to ensure that all riders have access to a free mask, giving out more than 800,000 masks over the course of the pandemic, according to Warren. “There’s no excuse to ride without a mask,” Warren said.