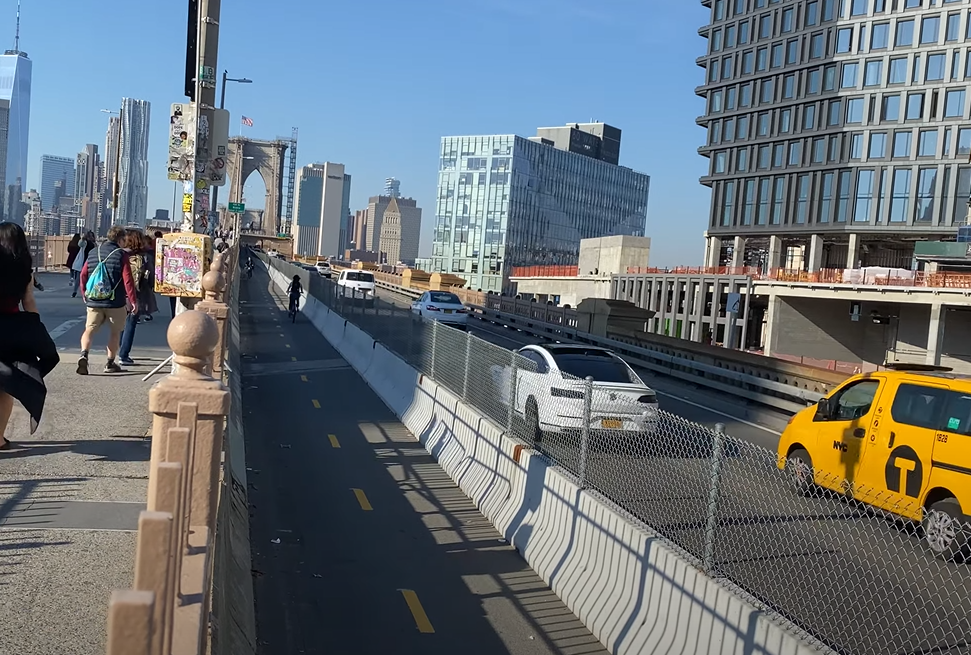 The new bike lane on the Brooklyn Bridge opened in September following an increase in cyclists from the pandemic that has shown no signs of slowing.

Mayor De Blasio has felt pressure for the lane’s construction from cycling advocates for a while, but the pandemic seemingly forced his hand as many New Yorkers opted for this mode of transportation over the subway.

After three months of construction, the new two-way lane brings an end to the messy mix of pedestrian and cyclist traffic on New York’s iconic bridge. Although drivers have lost a lane to the new bike path, it has significantly decreased the chaotic mix of pedestrian and cyclist traffic on the bridge itself. The bridge is a popular tourist attraction—many of whom are unaware of the rules of the bridge traffic.

The designated lane is now an incentive for people to opt for biking rather than driving or taking the subway—which is not only climate-friendly but congestion friendly, too. Bike lane ridership in New York City has skyrocketed by almost 90% in the past year from October 2020 to October 2021.

“We have reclaimed space from cars to make cycling over the Brooklyn Bridge safer and easier, while making the pedestrian experience better than ever – and it has been a great success,” DOT Commissioner Hank Gutman said in a statement.