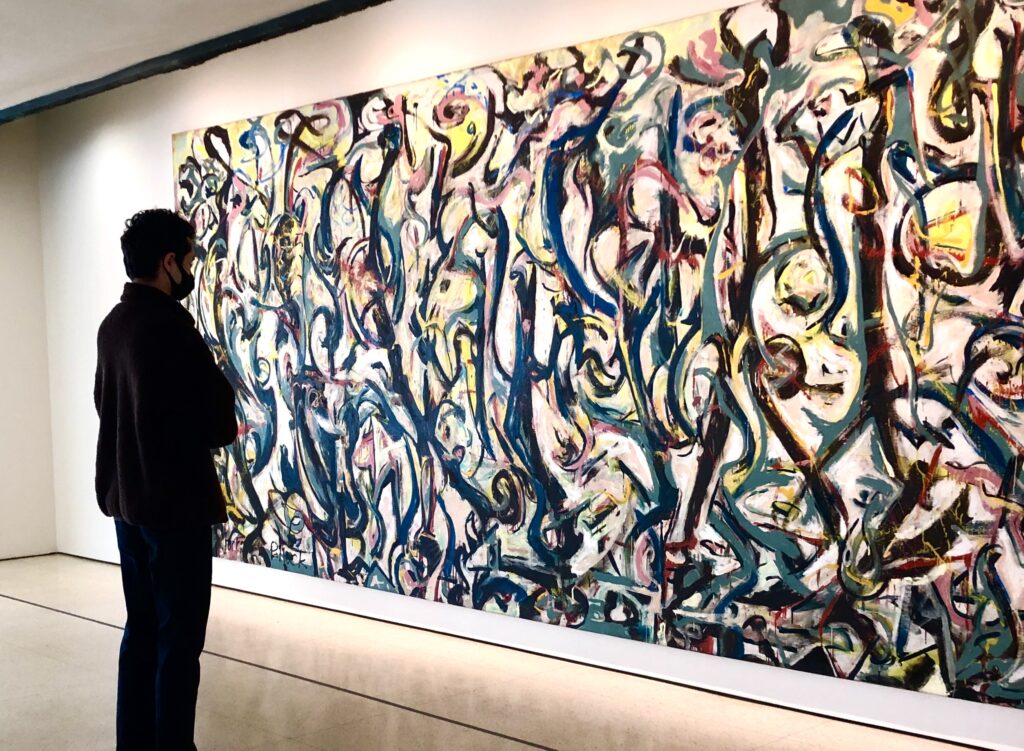 (NEW YORK) — The Guggenheim Museum was one of many businesses forced to shut down as the coronavirus tore through every crevice of New York. But after the dust from the city’s trauma began to settle, this spiraling white structure came alive.

After seven months of closure, the Guggenheim opened back up to the public on Oct. 3, once again transforming its walls through a series of exhibits.

One bright fall afternoon, I entered the museum wearing a cloth mask and carrying hand sanitizer. “Up the ramp and down the stairs,” said an employee in all-black. Dummy-proof arrows lined the floor. Both coat check and the museum café were closed and water fountains out of commission, all part of the normalized safety measures put in place to protect the public amid an ongoing pandemic.

The museum was dotted throughout with solemn mask-wearers either strolling alone or in groups of two. The only noise was an echo of looping videos or hushed whispers. “It’s too much reading,” one friend said to another, leaning in close to a caption about extreme preservation, careful to keep her distance from anyone else.

The main installation, “Countryside, The Future,” takes museumgoers on a journey. The exhibition reveals a romanticized idea of the countryside and explores radical changes in rural territories, emphasizing everything from climate change to political influence and migration.

The scene was a stark contrast to what used to be crowds of guests huddling in clusters around must-see masterpieces. “Museums are part of what makes New York what it is. Between seasonal depression and pandemic anxiety, it’s a nice escape from reality,” said museumgoer Shelby Wallace.

It felt surreal to be alone in a room with works by Picasso, Gauguin, Monet, and Degas, with my own personal viewing of Pollock’s largest mural, a piece that hasn’t been on display in New York for over 20 years. If not for my moral conscience, I could have reached forward and brushed my fingertips against it.