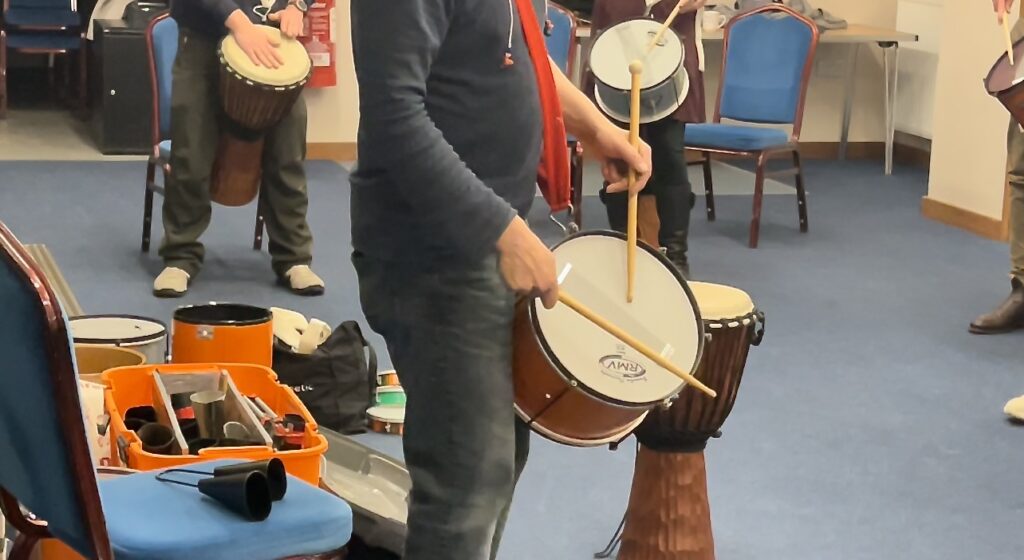 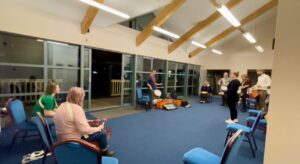 Louise Eatock and Anthony Paul are bringing creativity and fun to Newmarket.

Eatock has lived in this English town for twenty years, and although Newmarket’s population is sizable at 16,000 people, she has yet to see the arts scene flourish as it has in the neighboring towns of Cambridge and Bury St. Edmunds.

“If you look at what they’ve got available, Newmarket is way, way, way, behind.” Says Eatock. 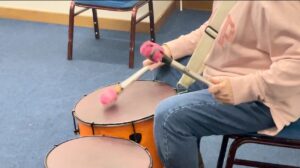 So Eatock decided to take matters into her own hands and create a group called The Newmarket Community Arts Centre, which she has chaired for the last four years.

The Arts Centre aims to listen to the community and provide events and classes based on what they want.

Eatock says the aim is to have regular classes during the day and in the evening to accommodate for people who work full-time. She also says it’s a great opportunity for people to get out and socialize with others and meet like minded people.

“The tendency is to come home and put Netflix on, which I’m not saying there’s anything wrong with that, but some people way want a choice.”

This past summer, Eatock thought it would be fun to include a samba band workshop at the Newmarket Summer Festival, an event showcasing talent and businesses from across the community.

Eatock invited Anthony Paul, who has been teaching samba for about 12 years , to bring his drum set and it was a hit.

People were soon mentioning how great it would be to have a town samba band and that single day event has now turned into a weekly samba club. 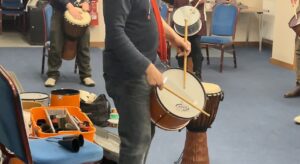 Samba originates from South America and involves different types of drums playing different rhythms at the same time to create one sound.

Paul says the samba club is a type of therapy for those who join,

“They feel as if they can forget about the worries of the day,” he said.

Paul says the club’s environment is welcoming to everyone and non-judgmental.

“I like to invite people that may not have picked up and instrument to actually come and have a go,” Paul says. “I think it’s important that people can feel empowered, that they can do something that on the surface looks quite tricky, but once you start to get underneath it actually, as long as you can hold it, it’s actually okay.” 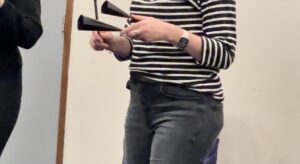 The samba club is an overall success with about 20 members so far after opening approximately ten weeks ago.

Both Eatock and Paul hope to put on a concert for the community in the near future.