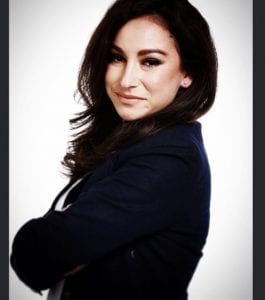 “Achieving success in news is surreal,” says Nicole Pelletiere, a candidate for a master’s in journalism at NYU.  “What others don’t see though, is what’s beneath that success—hard work, sleepless nights, tight deadlines mixed with a little bit of stress. But wow, is it fun.”

Pelletiere is the Senior Digital Content Producer for ABC News. Over the past five years, she has worked as  a breaking news reporter for ABC and led digital integration for the television program “Good Morning America.”

Pelletiere has won several awards for her work including two Emmys, a Webby and an Edward R. Murrow Award in Excellence. She is also a Shutterstock photo model.

A resident of Long Island, New York, Pelletiere earned her undergraduate degree in communications and cultural studies from SUNY Empire State College. As she pursued full-time work as a journalist, her first jobs in the field consisted of internships and freelance work. At 27, she landed a paid internship with the Walt Disney Company as a news and lifestyle entertainment reporter. She was soon hired on full time.

For “Good Morning America” Pelletiere adapts stories from each episode of the show and transforms them into a digital experience for the program’s online presence, featuring digital videos and stories. She also produces original content between broadcasts, which executive producers from the show often choose to include in the program.

Pelletiere transcribed interviews for “20/20” when the program spoke with Scott Peterson’s mistress during the 15-year commemoration of the murder case. She also wrote a piece on crowdfunding for women on maternity leave in America featured on “Nightline” and “Good Morning America.”

At NYU, Pelletiere hopes to become more of an expert in her field, and a more marketable candidate for work in journalism.
Image Credit: Michele Mustacchio/ABC