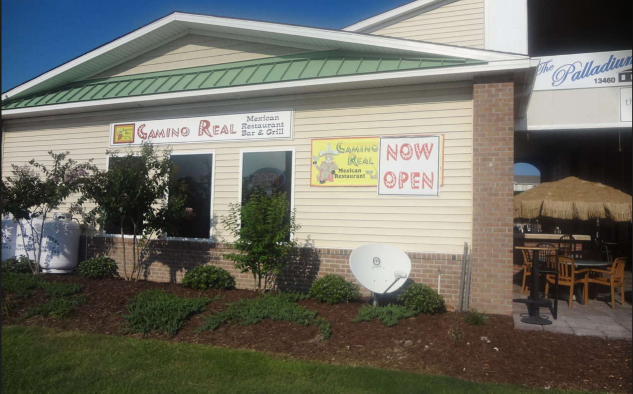 (SURF CITY, N.C.) — Slightly more than a decade has passed since a Mexican restaurant opened its doors in a small North Carolina town.

Back then, it was the beachside community’s first and only Latino restaurant — but it has since opened the door for others, quickly diversifying an area that until then had just seven restaurants, all of them serving Southern cuisine.

Jorge Koky Villasenor is the founder of Camino Real, which opened in Surf City in 2009. He moved there from Mexico while in high school, and he remembers being one of the few Latino families for miles.

“That was challenging,” he said. “It was very hard for us, moving here. I remember back then you would see a Hispanic at Walmart and we would be all, ‘Hey, where you from?’ We were the only Hispanics in town.”

Camino Real is fixed between North Carolina Highway 210 and a residential trailer park. It sits in the town’s Palladium plaza, a courtyard outfitted with pandemic-friendly outdoor dining. The plaza is littered with cigarette butts, used cans and bottles of beer, as well as baseball posters.

El Camino’s neighboring businesses in the Palladium reflect traditional Surf City. A seafood market called Shuck-n-Shack and Surf City’s interpretation of a modern bistro called Chug-N-Grub surround the restaurant. Camino Real has a view of a McDonald’s and CVS Pharmacy right across the highway.

El Camino sports newly crafted wooden seats and tables with colorful flags. There are lights on the rooftop. Its neighbors have plastic red, white, and blue chairs.

The traditional Mexican cuisine at Camino Real contrasts its neighbors’ menu of deep-fried fish, chicken, and hushpuppies (fried dough balls that are a staple across the South).

Born in the Mexican city of Guadalajara, Villasenor was recruited as a teen by his father to work in a new restaurant the family opened in Wilmington, North Carolina.

Villasenor then ventured to start his own business, Camino Real, after graduating high school.

“At first, people did look at us different, and they have never seen so many minorities in Surf City,” he said. “ I mean, it was all barbecue. We brought something new to the area.”

Surf City, incorporated in 1949, is partly located on a 26-mile barrier island that serves to protect North Carolina’s mainland from hurricanes and storms. The town is divided in half by a high-rise bridge that connects the island to the mainland. The bridge serves as a demarcation line separating the locals on the mainland, where the median home price is $83,000, from the wealthy retirees on the island, where homes have a median price of $359,317.

Mike Beech is a former Surf City resident who moved in 2019. He said growing up Black there was a traumatic experience.

“I remember the first time being called a n—-r when I was about 11 years old,” Beech said. “I feel like [racism] has changed, but with social media it is easier for some to spread their thoughts.”

When asked about the changing food scene in Surf City, Beech’s attitude lightened. “Soup unites us,” he said with a smile. “It would have to be some kind of soup.”

Food experts have long praised the power of food to bridge cultures.

“Food is an industry people recognize as democratic and forgiving,” lawyer turned celebrity chef Eddie Huang wrote for Grub Street in 2016. “It’s kind of a utopia that way — an environment that can be a model for how to deal with global issues at a small scale, and where you can taste, feel, and digest perspectives on a plate that may be indigestible in other forms.”

“People are willing to try new things; we have been receiving good feedback from people,” Villasenor said.

One of his former employees, Miguel Angel Navarro Castillo, opened a restaurant of his own. Castillo, the owner of Made in Venezuela, is a former journalist who fled Venezuela in 2016 after stories he wrote got him in trouble with government authorities.

His brother, a Marine stationed in North Carolina, invited him to live temporarily at his home. Desperate for cash, Castillo began working as a dishwasher at Camino Real. Using his journalism skills, Castillo took photos for the restaurant and saved Villasenor thousands of marketing dollars.

The two formed a close bond. Villasenor went on to mentor Castillo as he transitioned from dishwasher to business owner.

“I see all the new places are doing really well,” Villasenor said. “Things have changed. I think it will continue to change.”