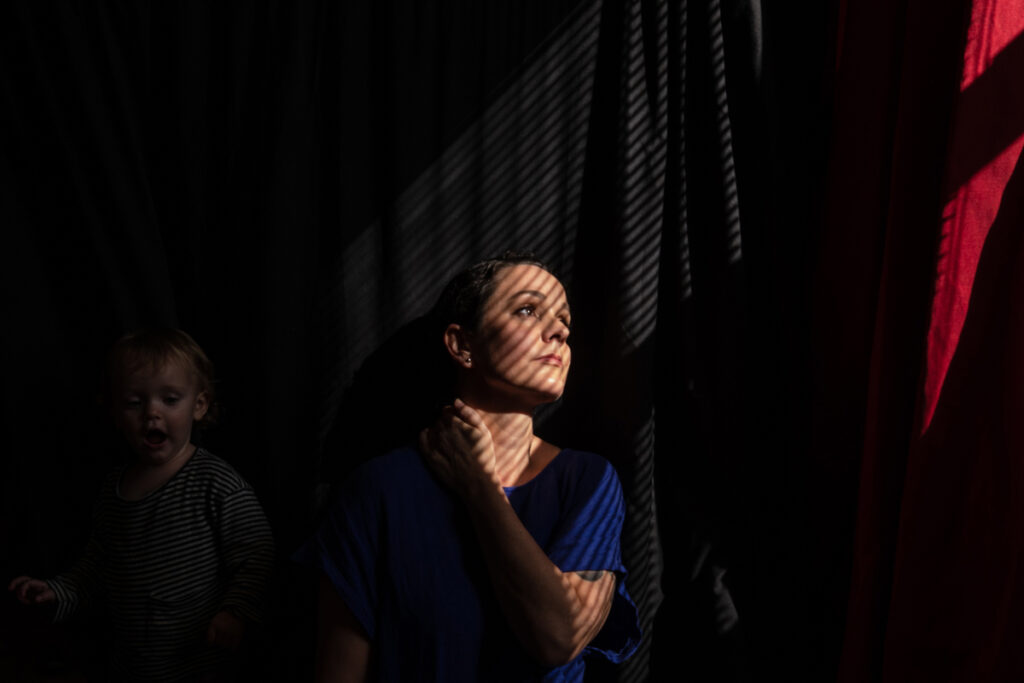 (NEW YORK) — When the coronavirus first sent New Yorkers into self-isolation, fine art photographer Jennifer McClure picked up her camera to give herself something to do. Frame by frame, the project turned into a lifeline that helped her process a strange, stressful year.

As an artist, McClure often taps into her own life to create images that pose questions about solitude, longing, and connection. Her ongoing visual diary, “Today, When I Could Do Nothing,” is a moving document that follows her family from the earliest days of isolation to more recent steps out their front door, and it finds something beautiful in a year marked by uncertainty and anxiety.

McClure, who is also an educator and the founder of the Women’s Photo Alliance, talked to The Click about how the pandemic is affecting her work.

The Click: Did you have any plans for a project when you started taking these photos at home?

McClure: No, I was just posting to Instagram when I started, and I thought I was going to lose all my followers, maybe get spammed by a bunch of mom groups. I was not thinking I was going to make a diary at all. I thought everyone was going to get sick of it.

[In March], my husband thought he would be home from work for two weeks. Nobody knew it was going to turn into this. Whenever anyone would say it’s going to be a year or more, we [brushed it off]. We kept thinking, “Just a little more time.” It felt a little more intense in New York. We’d talk to people elsewhere and they weren’t really affected; nothing had changed. Here, we would hear ambulances going by several times a day, so you could never just forget it was going on.

In the beginning, I saw all these street photographers and journalists who were going out and doing this great work, and the baby and I didn’t go outside for maybe a month. [My husband] would go out for supplies. It didn’t feel safe to go take photos. It took us a long time to ride the subway.

The Click: In another version of the world where you’re a photographer living on your own, do you think you would’ve been one of those photographers out there documenting this?

McClure: I probably would have, but, to be honest, I don’t think I would’ve had anything original to say, because how many photos can you take of an empty street? Even if I did go out, I’d be taking the same photos that a lot of other people were taking. I don’t know if I have anything new to say on that subject.

The Click: So you turned indoors, and that was something unique.

McClure: Also, just to keep busy and feel like I did something. If I just took five photos, I felt internally productive. It was huge for my state of mind. It kept me sane. 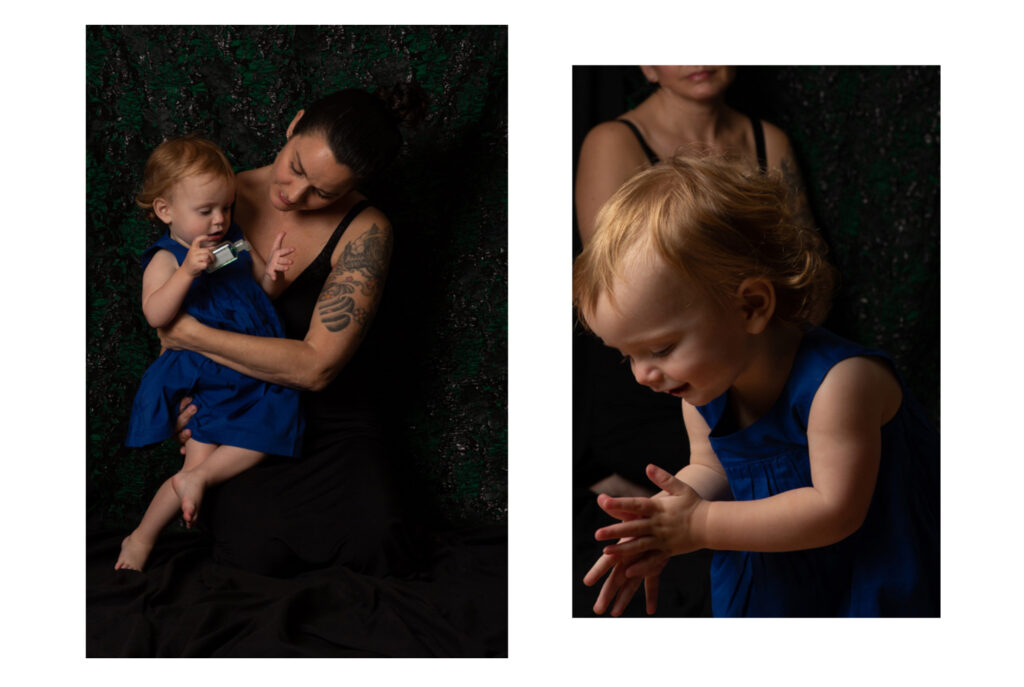 In 2020, precaution is part of the story. [Credit: Jennifer McClure]

The Click: Looking at thumbnails of the images, some look like portraits of mother and daughter you could have taken at any other time. Then, when you click on the photo and see it full-sized, you say, “Is she playing with hand sanitizer?” It’s an important document of the time we’re in — these aren’t props; they’re a way of life now.

McClure: They are! And in the beginning, I thought, “This is all ugly. These masks and these gloves — I don’t want these in the photos.” Then once you realize it’s around to stay, you say, “Well, OK. If they’re here to stay, then they’re coming in the photos.”

And I’m wondering, “What does she think when she sees all this stuff? Is it weird for her to see us with a mask on?” And it was in the beginning, but now when I go to leave the house, she’ll tell me, “Mask, mommy.” She knows.

The Click: Everyone takes something different from art, but what do you hope people see in this visual diary?

McClure: It’s just about finding something in the everyday that’s beautiful and brings you something you can appreciate every day. Because I still wake up a lot of days — especially because there’s a lot of political stuff going on — I wake up in the morning and I’m like, “No, I can’t. I don’t want to get out of bed.” Somehow, getting up and trying to find one thing during the course of the day that looks beautiful, that I can put in a frame — it’s working for me. It’s getting me through this. If other people can look at artwork and get something from that, that’s amazing.