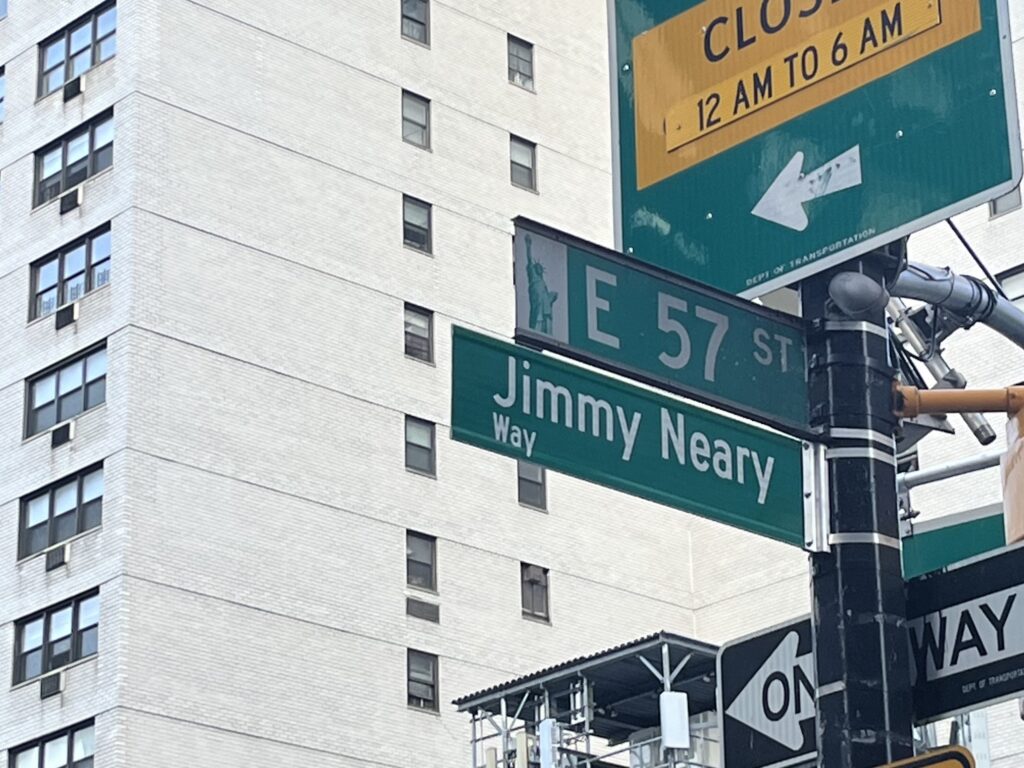 Owner of Iconic New York Restaurant Gets His Own Street

NEW YORK – More than 300 people gathered on the corner of 57th and First Avenue on Sept. 14 to witness the street naming of “Jimmy Neary Way,” after beloved restaurateur Jimmy Neary.

Neary, who died last year, was honored by the community he lived to serve on what would have been his 92nd birthday. Onlookers watched from apartment windows as New York City luminaries, including former Mayor Michael Bloomberg, television host Hoda Kotb, and Mayor Eric Adams, paid tribute to Neary during the street-naming ceremony.

“Owners of restaurants play such a significant role in bringing people together,” Adams said at the ceremony. “We do a lot of street namings. Rarely do we get a crowd like this.” 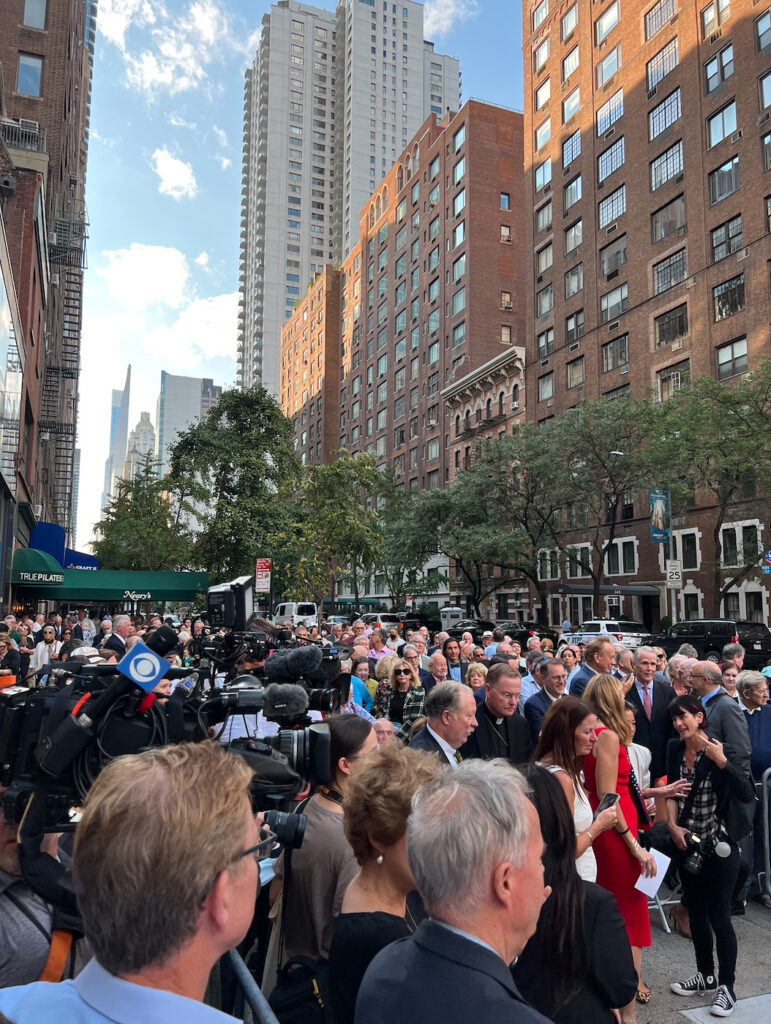 Neary’s opened on the Upper East Side on St. Patrick’s Day 1967 and fast became a New York institution. Closed only on Christmas Day, the restaurant was  frequented by Mayor Ed Koch, Kathie Lee Gifford, George Steinbrenner, Mary Higgins Clark, and everyday New Yorkers. It was a community, a place for great conversation and company.

Neary, an Irish immigrant and devout Catholic, began his career as a custodian at The New York Athletic Club before saving enough to open his namesake pub, according to his obituary in the New York Times. He worked tirelessly, seven days a week, according to his daughter Una Neary, and made every patron feel welcome, often pulling up a chair at dining tables to speak to every single person, Bloomberg noted. It was the Neary experience, and Neary was the main attraction.

“People came in the front door, and the business became successful because they wanted to see my dad,” recalls Una Neary, who now runs the restaurant in her father’s honor. “I have worked for some tremendous leaders on Wall Street, but I learned more about leadership from my dad. It is all about taking care of the customers,” she added.

When New York City restaurants shuttered during the pandemic, Neary did not despair. At age 89, he dressed sharply in a suit and green tie and spent his time rebuilding and renovating Neary’s, waiting for the day he could reopen for his city, customers, and beloved staff.

Mary O’Connor has worked for Neary’s for 45 years and never imagined working anywhere else. She feels deep fulfillment, having had opportunities to serve extraordinary individuals. “He really took care of his staff,” O’Connor said. “The naming of the street is just, for us, the customers, the Neary family, myself, and all the people that work there…they would do anything for Jimmy,” she added. 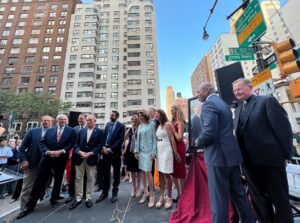 During the naming ceremony, Bloomberg, a longtime friend of the restaurateur and a patron of Neary’s, said, “We have to make the love for Jimmy permanent, so people remember him. When our young people walk by this corner, they’ll say, ‘I want to be like Jimmy Neary’ because he was the kind of person we really need.”