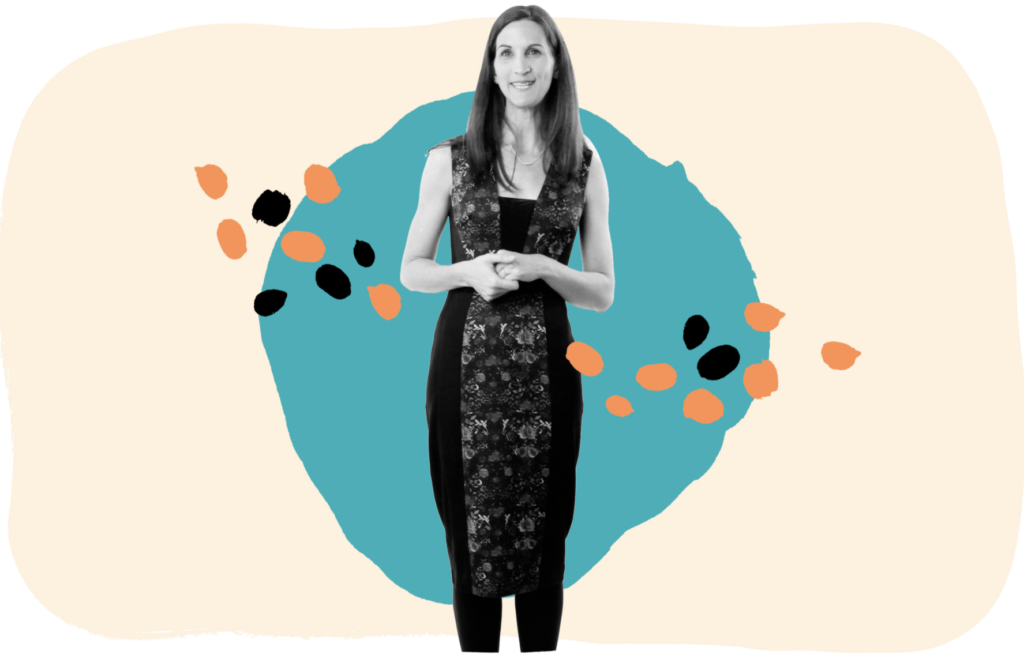 One Legal Advocate’s Quest to Reform the Criminal Justice System

A man spent years in prison. When he was released, he was given a bus pass and went straight from solitary confinement back into society. He struggled to find a home and a job and had no support along the way. Eventually, though, he managed to find a new start for himself and never returned to prison. He told his story one summer in the mid-2000s at the ACLU of Pennsylvania in Philadelphia. One of the people listening that day, a young woman who was interning at the ACLU after her first year of law school at Temple University, never forgot it.

“That was kind of the moment when I realized that the system is really designed to make people fail,” Elizabeth Swavola said years later. Now the project director of the jail decarceration effort at the Vera Institute of Justice in New York, she gives local jurisdictions the tools they need to change their policies on criminal justice by providing them with facts, data and training.

The man who inspired Swavola that summer at the ACLU of Pennsylvania was not the only person to experience the labyrinth of difficulties associated with the criminal justice system. When she was a freshman in college, a family member went to prison and Swavola saw that the focus on punishment was not effective. After law school, she left Philadelphia and joined the Coalition for Women Prisoners at the Correctional Association of New York. Here, she began learning the stories of women not only during their time in prison, but also before they entered the criminal justice system. “A universal theme was trauma,” Swavola said. “Domestic violence. Child abuse. Sexual violence,” she said. “Every story I heard, that was a thread kind of woven between them.”

Hearing yet another litany of painful stories was eye-opening. She decided she wanted to study the connections between sexual violence, domestic violence and incarceration.

Swavola began working at a small nonprofit called Networking and Community, which assisted people who had just been released from prison transitioning back into society. She met Theresa Harari and Damon Moore here, and when the funding dried up at the organization, the trio created their own nonprofit, which they called Community Minded Organization Network. Based in the South Bronx and the New Lots section of Brooklyn, they initially created groups centered around anger management and substance abuse. Moore focused on helping people to avoid the criminal justice system entirely, while Harari helped people reconnect with their families or build new ones once they were out of prison. Swavola gave presentations to people who had spent time in prison and were now coming back into society to help them understand their rights.

As a new nonprofit, though, the group faced an intricate web of challenges. “We didn’t really have a formal office space,” Harari said later. “So we would meet at Whole Foods on the Upper West Side and have our morning coffee … and we would just toss ideas around.” They also needed money, but did not want to risk compromising their vision for the nonprofit by being inserted into a larger organization or having to accommodate grants that were not in their best interests.

The new organization had a goal of getting a designation from the IRS to officially recognize them. Once this acceptance came a year later, in 2011, and they decided that they did not want to sacrifice their vision, they decided to part ways with each other and their new organization. Swavola also accepted a new job opportunity.

Harari still looks back on her time with Swavola fondly. She said Swavola always worked with integrity. I could tell from talking to Harari that her relationship with Swavola moved beyond a working relationship and into a genuine lifelong friendship.

“Her whole idea was that we reach back. We teach people to reach back and pull other people forward, and that was her strength,” Harari said. “So what brought Liz and I together was forgiveness. Forgiveness for everybody, and not in a naïve way.”

In 2011, Swavola took a job at the Joyful Heart Foundation, a nonprofit organization founded by Mariska Hargitay, the actress known for playing Olivia Benson in Law & Order: Special Victims Unit . As part of her work, Swavola regularly spoke to women who were survivors of sexual violence, many of whom went through the retraumatizing process of using a rape kit—only to have those same kits sit on shelves and never hear about them again.

“Having had experience in the field of ending mass incarceration, I already knew that the system was broken,” Swavola said of her time spent working at the Joyful Heart Foundation. “But hearing that from the survivor’s side really just convinced me that we need to dramatically reimagine justice in this country.”

Swavola continued to look for opportunities to expand her legal advocacy for people who were once in prison. She left the Joyful Heart Foundation in 2014 to join the Vera Institute of Justice in New York and began focusing her attention on the quiet stories and growing trends of local jails.

Here, she began working on the Safety and Justice Challenge, an initiative of the MacArthur Foundation whose goal is to lower the number of people in jails and reduce the disparities that are present throughout the criminal justice system. First, though, she needed a better sense of what those numbers actually were. Swavola and two colleagues, Ram Subramanian and Kristi Riley, spent about eight months researching and outlining how women are traumatized in jail and why women are uniquely affected by charging practices for low-level offenses.

They published their report, Overlooked: Women and Jails in an Era of Reform, in the late summer of 2016, and it painted an alarming picture: the problems that Swavola had noticed anecdotally were prevalent across the system. Almost 80 percent of women in jails are mothers. Almost two-thirds are women of color and 86 percent of women in jail have experienced sexual violence at some time in their life.

Swavola has also been advocating for additional reforms. She and her colleagues called for Atlanta to close its city detention center after finding that on a daily average, 90 percent of its detainees are Black, in a city where the Black population is only 52 percent. They also found that its annual cost per person in jail is 17 times higher than the national average. “One major thing that needs to happen,” Swavola said, “is we have to stop investing in carceral systems that don’t work.”

She added that community members have to lead these conversations to express what their communities need so that this can inform policy, budgeting and legislation.

“I think until we make a serious effort at sharing power and sharing decision making with those who are most impacted, we won’t get anywhere.”