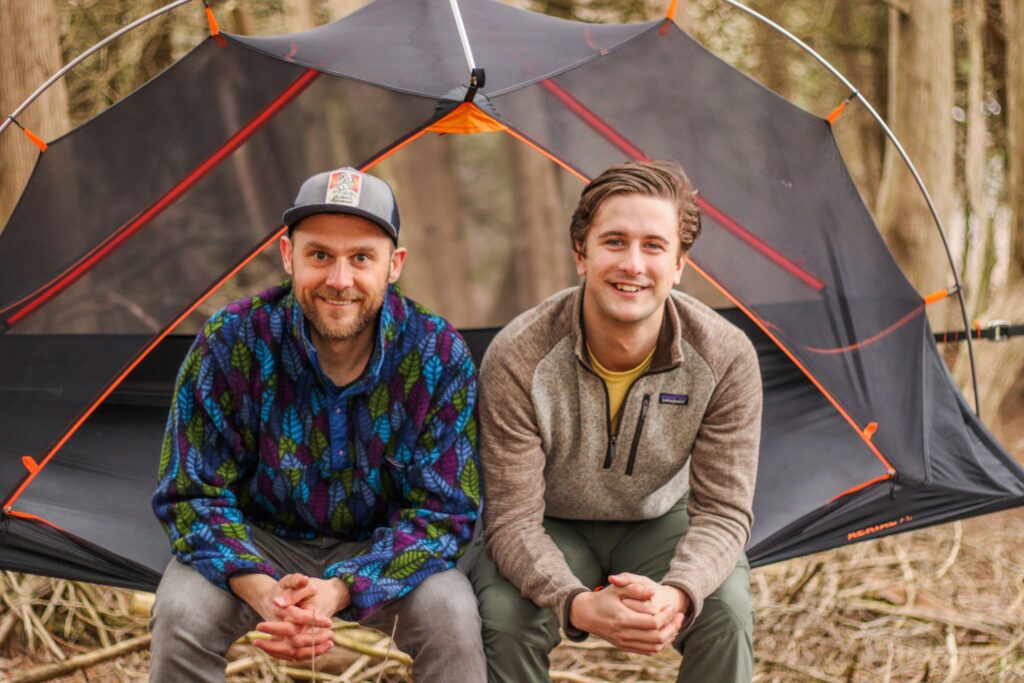 (ST. CATHARINES, CANADA) — Canadian Jacob Campbell dreamt up a suspended tent for his high school design class back in 2014. Just six years later, he launched his own business, Opeongo, with designer and co-founder Andrew Gardner.

He dubbed his new tent design AERIAL- A1, which he told The Click drew in consumer interest that provided the team with full funding within a 24-hour period on Kickstarter. The Click spoke to Campbell on his invention, the challenges of launching during COVID-19, and his advice for would-be entrepreneurs.

What was it like creating AERIAL- A1? What, if any, were some challenges you faced?

Creating the AERIAL- A1 was a long process with many different challenges, but some of the main ones were firstly developing and making the tent in high school without much sewing experience.

Later on, before we launched on Kickstarter, a real challenge was to be able to find the right factory that we were comfortable would deliver consistent quality. This is because for every business on the market, you typically want a 5 percent failure rate of product at max, and if you can’t deliver those kinds of numbers, it can mean bad things for reputation.

Once we launched on Kickstarter, one of the big things is presenting trustworthiness, and getting across that we know what we are doing as well as have a real timeline and manufacturing plan ready.

Aside from suspension, what features differentiate your product from other campers on the market?

The AERIAL-A1 is known for being the most comfortable and versatile tent on the market. This is because it is the only slackline tent on the market that uses two trees, the only suspension tent that has an under-quilt, an outside sleeping bag that is essential for winter [and] fall hammocking. As well as that, it is also a freestanding tent, so it can also be used on the ground as well as in the air.

One of the big things to note, though, is that the AERIAL- A1 is special not because it is suspended but because of how it is suspended. This is because the tent uses the sides of the trees to create a flat, comfortable surface.

How has COVID-19 affected the launch and business of your product?

It absolutely has. As we launched in April of 2020, it was absolutely a time of uncertainty but also a time of people realizing they are going to need to do things with all the time they will have on their hands. For instance, from what I have seen, interest in camping has probably gone up 300 percent during the pandemic as it is the most vacation-like activity that people can do while still respecting social distancing and traveling regulations.

Manufacturing can be incredibly hard to make efficient during COVID. Unfortunately, as lead-times (or the time taken to manufacture) that were at a max six months have gone into the year and a half to two years now due to worker shortages, lockdowns, and panic buying (yes, not just limited to people thinking about flour or toilet paper).

What advice would you give to those wishing to start a business but are unsure how?

The biggest thing I would say is you have to really start things based on a need. For instance, my product was made to convince my friends to try backcountry camping by making a product that is the closest thing to a bed at home that can actually do everything needed for four-season camping.

Besides that, being able to tell a story is incredibly important these days.

As for the most part, people don’t understand things as well as someone who works with this, and you always have to base something off of the person who will least understand what you are talking about.