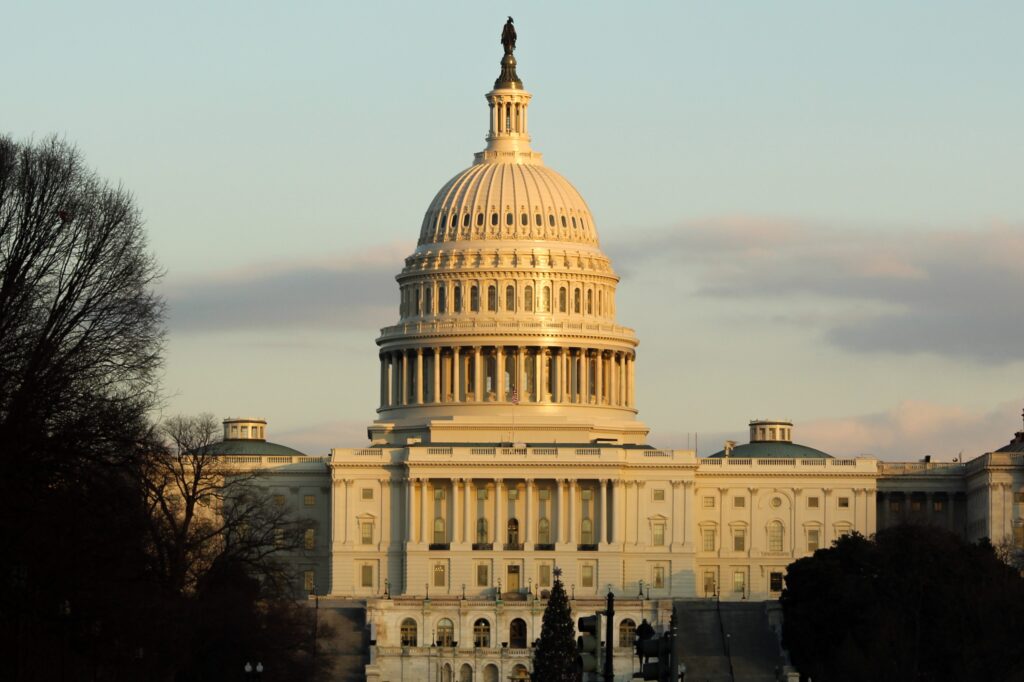 Photo by: Krisztian Kormos from Pexels

(LOS ANGELES) — If you exist in the feverish bubble of political journalism on Twitter, it’s hard to miss the name, Hunter Walker. The 37-year old veteran reporter made a name for himself in the last five years as a White House Correspondent for Yahoo! News covering the Trump administration. Walker’s work extends into his time as a freelance writer for publications like The New Yorker, The Atlantic, New York Magazine, and The Columbia Journalism Review, covering issues like the rising Covid-19 numbers, Supreme Court nominations, and the Bannon Subpoena. He also runs his own independent publication, The Uprising, a newsletter “dedicated to disrupting your political news cycle.”

Walker has an enviable resume and portfolio of work often shared with his 100,000 followers, however, it’s his recent Rolling Stone feature covering the January 6th Capitol Riots that pushed his work into the territory of contention. The title of the article reads, “EXCLUSIVE: Jan. 6 Protest Organizers Say They Participated in ‘Dozens’ of Planning Meetings With Members of Congress and White House Staff.” The title is only a fuse in the bombshell of a story.

The piece focuses on the use of two sources that provided Walker with information not only involving the U.S. Capitol insurrection but also the events that lead up to Jan. 6, 2021. Walker spoke to the two anonymous sources working with House investigators after they expressed, “Concerns about how the pro-Trump protests against the election ultimately resulted in the violent attack on the Capitol,” according to Walker’s reporting in the article. The only information Rolling Stone confirmed about these sources is that “both were involved at organizing the main event aimed at objecting to the electoral certification.” The story also includes allegations of a proposed “blanket pardon” from the Oval Office.

Walker granted them anonymity due to the ongoing investigation from the U.S. House Select Committee on the January 6 Attack.  Rolling Stone Magazine did obtain evidence that these sources were in touch with Rep. Paul Gosar, a Republican from Arizona’s 4th congressional district, and Rep. Lauren Boebert, a Republican from Colorado’s 3rd congressional district, on January 6th.

These two sources revealed they had participated in “dozens planning briefings” with members of Congress leading up to the Jan. 6 event at the White House Ellipse. Walker told Yamiche Alcindor of PBS Newshour, “Both of my sources said they participated in — quote, unquote — dozens of briefings with Republican members of Congress and their staff. That included Marjorie Taylor Greene, Lauren Boebert, Paul Gosar, Mo Brooks, Madison Cawthorn, and Louie Gohmert.” Walker added, “What they specifically described was the members sort of, strategizing to help them pick state locations for protests that would target persuadable senators to join the objection….going back and forth trading — quote, unquote — evidence of supposed election fraud.”

Walker explains that the two unnamed sources revealed the accused Congress members had planned the Trump rally at the White House Ellipse and the “wild protest” on the steps of the U.S Capitol Building, however they claimed they did not anticipate the insurrection. They also accused Rep. Paul Gosar of discussing the idea of blanket pardons with President Trump for those involved in the planning. “Our impression was that it was a done deal,” one of the sources told Walker.

In a delicate situation like this, there are undoubtedly some major concerns for everyone involved. Capitol Police, politicians, and their aides, faced all kinds of abuse from the insurrectionists. But it was especially difficult for journalists in a partisan world exaggerated by the last four or five years. In December of 2020, the Committee to Protect Journalists (CPJ) reported that former President Trump has “tweeted negatively about the media more than 2,490 times” since he declared his candidacy in 2015. “This rhetoric creates a permissive environment for physical attacks on the media,” said Marty Steffens, a member of the North America Committee of the International Press Institute, to the CPJ.

For the anonymous sources providing the information, unfortunately, there is a risk involved with sharing highly controversial information. Walker saw that his best option was to grant the sources anonymity.

If the names of these individuals are released, not only would Walker lose the trust of future sources, but they could face serious backlash from people capable of breaking down the doors of Congress. They have provided information that directly implicates sitting members of Congress in the “coup.” Supporters could take it upon themselves to help their cause by harming one of these sources, if not both. Even if both sources told Walker that, “They still believe in Trump’s agenda.”

By cooperating with the House investigators, the sources could protect themselves from the possibility of legal action having been in these planning meetings.  They separate themselves from the insurrectionists and those that tried to overturn the election. “It’s clear that a lot of bad actors set out to cause chaos…They made us all look like shit,” one of the sources said to Walker. They did include former President Trump in the group of bad actors.

Walker runs a risk as well. If Walker is subpoenaed and does not reveal his sources, he could be sentenced to contempt of court and sent to prison since there is no shield law protecting him. Take former New York Times reporter Judith Miller for example. In 2005, Miller was asked to reveal her confidential source to a grand jury investigating the Plame Affair and the release of the identity of a covert CIA agent named Valerie Plame. She chose to keep the source anonymous and was sent to jail until she agreed to testify. She spent 85 days in jail until she agreed.

Reporters also always run the risk of being wrong in their reporting, especially when the issue is as contentious and sensitive as Congressional security. That is why good reporters and news organizations enact a rigorous fact-checking workflow, triple-checking information, and their sources. But when it comes to using anonymous sources, it boils down to trust. If Walker is wrong in his Rolling Stone exclusive, his impressive resumé he could be ripped up. It would also hurt Rolling Stone Magazine’s trustworthiness as well, and in a greater sense, all media outlets.

For a majority of Americans though, anonymous sources play a key part in a story’s trustworthiness. According to the Pew Research Center, “Nearly seven-in-ten Americans, 68%, say that an anonymous source in a story has at least some influence on whether they find that story credible. 21% say a great deal of influence and 47% say some influence.” A faulty source can build distrust. It can make the public cautious.

If the anonymous sources are right, it can lead to major events like a change of government. Let us remember Bob Woodward, Carl Bernstein, President Nixon, and the Watergate Scandal.

The story took off on social media. It was retweeted over 51,000 times between the Twitter accounts of Rolling Stone and Walker. NPR, along with PBS Newshour, interviewed Walker about the story. The story has generally received support in the online community but in real life, Walker and Rolling Stone have faced backlash. Rep. Andy Biggs, who was implicated in the Rolling Stone piece said, “Rolling Stone’s reputation is already tattered and the baseless claims it’s making about Congressman Biggs from ‘anonymous sources’ only calls its credibility further into question.”

It is hard to say how Walker’s career will be affected by using these anonymous sources. Only time and the conclusion of the January 6 Committee will provide the answer to that question. Walker is putting his career on the line with his trust in these sources. With the go-ahead from The Rolling Stone, how could a reporter disregard this bombshell of a story? He has firsthand knowledge of the day’s events along with the information given to the public via the committee and now the knowledge from his sources. He is a mathematician adding the numbers together.

Walker’s use of these anonymous sources was absolutely necessary. Without the sources, the story is just hear-say. Having not just one but two multiple sources that gave specific details about the insurrection adds more credibility to Walker’s piece and more credibility to the bombshell accusations that members of Congress were involved in trying to overturn the 2020 presidential election.

There will always be those that doubt. Perhaps there is a reason why no national media outlet has picked up the story. Without knowing who Walker’s sources are it may be impossible to fully trust his story.  That has to be a risk we’re willing to take.