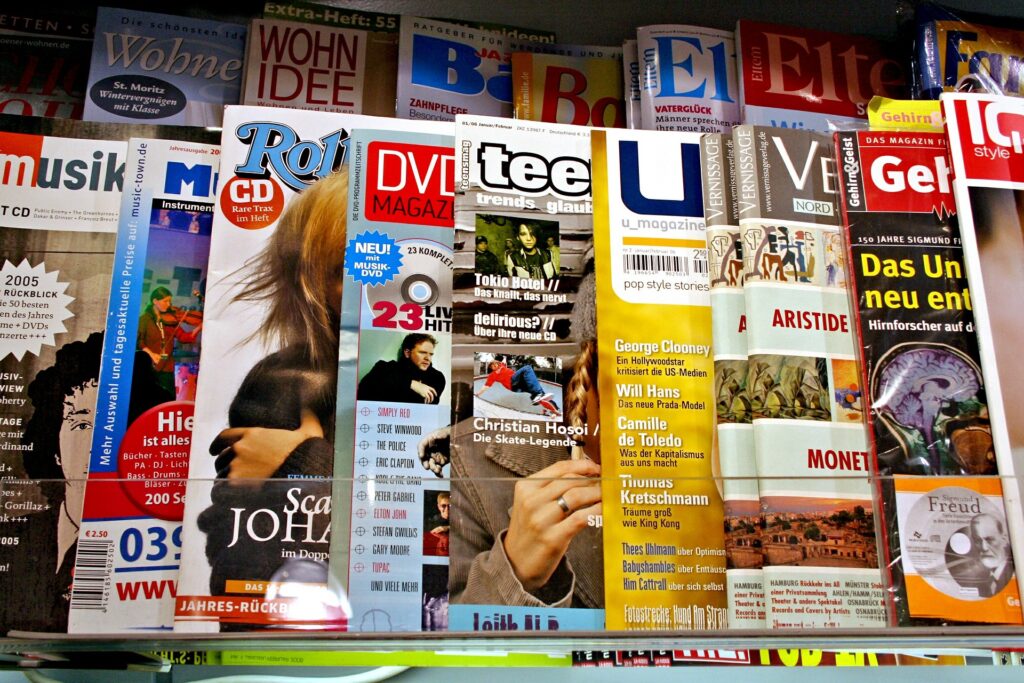 Opinion: Undercover Journalist Stuart Goldman Lies Down With the Tabloids and Gets Up Exposed

(LOS ANGELES) — While standing in the grocery store checkout line, you’ve probably caught yourself eyeing the cover of a tabloid magazine, trying to make sense of the dramatic headlines that appear plastered over paparazzi photos of unsuspecting celebrities.

Where do they find these stories? What do tabloid reporters have to do to obtain such shocking details? Are these claims even true?

These are the questions that Los Angeles Times investigative reporter Stuart Goldman asked himself in 1989 when he decided to adopt the pseudonym “T. L. Wilsher” and go undercover to expose the dirty secrets of the tabloid industry. Finding himself in a world where deception, blackmailing, stealing, and bribery was just a part of the job description, Goldman adopted these practices himself to play the role of a tabloid reporter who had no problem pushing the limits of ethical journalism in the pursuit of a juicy story.

Goldman immersed himself in the world of celebrity gossip, working side by side with “bottom feeder” reporters, as he describes them in his 1995 Spy magazine article “Spy vs. Spies,” in which he exposes the questionable tactics tabloid reporters used to acquire confidential, personal, and downright false information.

Taking place in the early 90s, Goldman’s investigation couldn’t have been more relevant to the culture of America at the time. In a 1999 article published in Vanity Fair, David Kamp dubbed the 90s “The Tabloid Decade,” saying, “The tabloidification of American life—of the news, of the culture, yea, of human behavior—is such a sweeping phenomenon that it can’t be dismissed as merely a jokey footnote to the history of the 1990s.”

Through his undercover reporting, Goldman did shatter the image of the tabloid’s credibility with accounts from his brief stint in the industry, but at what cost?

“What I didn’t know was that I had embarked upon a journey that would eat up, cancer-like, the next 5 years of my life,” Goldman said in Spy.

The collateral damage to Goldman’s personal life — brought on by partaking in the industry’s risky sourcing game himself — highlights the risks journalists face when they falsify their identity and intentions to expose a powerful industry.

Goldman hit the ground running in early 1989 when he signed on as a freelancer with The National Enquirer, and by March of that year he was a self-proclaimed “quadruple agent,” getting gigs with Star, Globe, and Fox Television’s “A Current Affair.”

Right off the bat, Goldman was assigned to stakeouts, home surveillance, and telephone spoofing — which he described as “pretending to be someone else on the phone…to get the major dirt on people.” He quickly realized how little concern there was for the privacy of celebrities, describing the expansive network of sources the tabloids have on call as a “national intelligence network capable of gaining access to virtually any piece of information it desires.”

After he witnessed such savage disregard for privacy and ethical reporting, Goldman concluded that the tabs were really in the business of “smearing reputations and subverting the truth”—a deep dig at the entire tabloid industry.

Goldman chipped away at what little remained of the facade by sharing an example of the extreme measures some reporters took to force a juicy narrative into existence. He recounted an instance where a reporter, claiming to be the parent of a child attending the same school as TV star Roseanne Barr’s daughter, called Child Protective Services to falsely report that Roseanne was abusing her daughter, with the intentions to then run a story about the shocking CPS investigation into Roseanne’s alleged child abuse.

Exposing lies, set-ups, and other slimy deeds that may not have come to light if not for a brave journalist gave media consumers more power to discern between credible and questionable reporting — a win for journalism.

But, undercover investigations are a dangerous pursuit that comes with the risk of being exposed.

In March 1990, Goldman experienced firsthand the incredible power and influence of the giant he had challenged when he was arrested on seven felony charges, accused by Fox of hacking into their system and stealing stories to sell to Globe.

While Goldman admitted to having openly used Fox’s computers via his access code from his time at “A Current Affair,” he denied stealing and selling any stories. Goldman suspected that Fox figured out he was undercover, and intentionally led him into a trap in an attempt to “thwart and/or discredit my exposé on the tabloids by painting me as the same kind of journalist I was exposing.”

Despite denying the charges, Fox terrorized the journalist for 18 months, according to Spy, by encouraging reporters to call the D.A. with complaints of being harassed by Goldman, calling his family to gain access to personal information, accusing him of breaking into tabloid reporters’ homes and intentionally feeding the media frenzy and public ridicule surrounding his case.

And eventually, Goldman’s wife left him.

In 1991, Goldman pleaded “no lo contendere“ to three counts of unauthorized access to a computer system and received probation, restitution, and community service, according to Spy.

In the aftermath of his undercover investigation, and the state’s investigation into him, Goldman “sat around feeling sorry for [him]self,” according to Spy. Until October 1994, when the Superior Court judge dismissed his case. Fox made a failing attempt to chalk up a win by requesting that a felony charge remain on his record, but all charges were expunged.

With a relatively satisfying ending such as this, where the journalist gets away scot-free, it’s easy to believe that the damaged reputations and financial blows Goldman faced were all worth it to expose an unethical, lying and manipulative gossip industry.

But, if the cards had fallen a different way, and Goldman was stuck with felony charges for the rest of his life, only he would be able to declare if it was truly worth it or not.

Since the 1990s, tabloid magazines have been on a steady decline. A 2014 New York Times article states that celebrity magazines suffered in the first half of 2014, citing that sales of People, InStyle, and US Weekly dropped by nearly 15 percent, In Touch Weekly declined by 23.5 percent, Star by 21.8 percent, and Life & Style Weekly by 21.7 percent.

Data released in March 2021 by Alliance Audited Media shows a continuation of this decline with In Touch dropping 40.7 percent, the National Enquirer dropping 36.7 percent, and Star dropping 25.4 percent.

Perhaps Americans are becoming disenchanted with over-the-top, dramatized, celebrity gossip stories as we’re faced with less and less time to dwell on such frivolous things.

Goldman did return to the tabloids for a short time back in 1993 when a former Hard Copy colleague hired him to do some investigative work, sending the undercover reporter right back to his old tricks of digging up dirt. After Fox’s lawsuit against him was officially dismissed, Goldman decided he had had enough, and stepped away.

The last time Goldman would be tempted with a juicy story was when an informant offered up the leaked autopsy photos of Nicole Simpson and Ron Goldman. But he recalled something weird happening in that moment, saying, “I was overcome with this strange feeling. At first I didn’t know what it was—and then I recognized it. It was called guilt.”