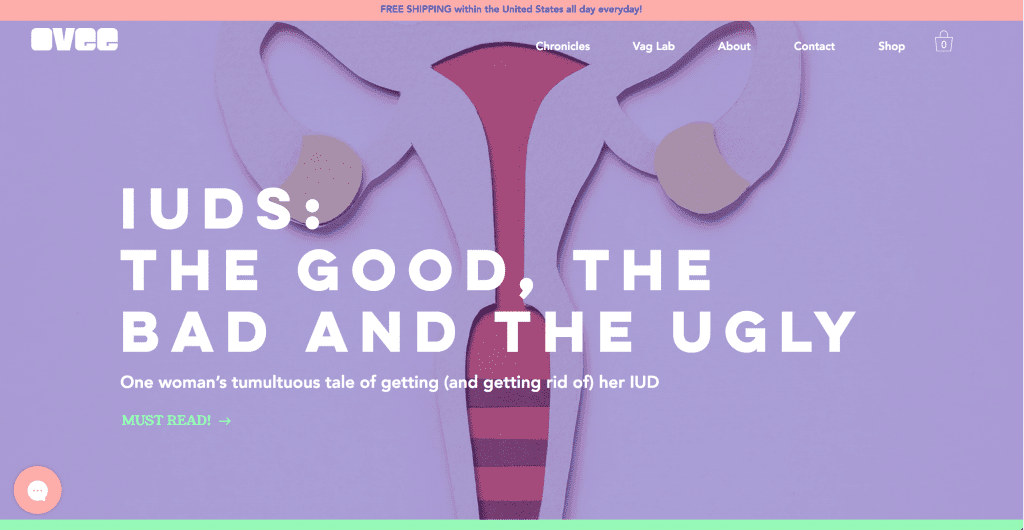 Ovee: The Future of Vagina Care

Ovee, a web portal taking the terror out of UTIs (Credit: Zak Fleishman)

“You are not just going to die.” These are some of the first words Jane Mitchell, co-founder of Ovee, says to me as we settle in for our interview. With her former Master’s colleague Courtney Snavely, she began Ovee as a way of re-empowering patients by helping them navigate the frenzied, confusing, emotional task of medical care in the United States. Of course, she’s right.
Although their dashboard focuses specifically on “people with vaginas,” an inclusive term Ovee came to in one of their many open-dialogue sessions with their users, over the course of our conversation Ovee’s approach to medical difficulty was certainly one I was learning from.

Rather than approaching medical issues, as they so often are by doctors, as a list of mistakes (Meningitis? Who have you been kissing? Flu? Did you get your shot though?), Ovee approaches medicine with humor, with science, and without judgment.

Their blog platform, for example, is called ‘The Cooch Chronicles” with a section for insertables called “Vag Lab.” Ditto for their posts, which often follow former patients as they navigate their difficulties with wit, humanity, and specificity. They’re didactic and eminently readable, and by themselves form a sort of guide to the emotional experience of modern medicine.

And in conversation Mitchell echoes those values. “We want people not to feel confused or scared. We want them to feel integrated into a community.”

Naturally that ideal extends to Ovee’s most potent tool, and often its first point of contact for new users, its chat feature. There, hanging unobtrusively in the left-hand corner of its website, the chat-box provides a powerful tool to bridge users and the answers they need in real time.

Type in a question, or as the chat dialogue reads, “Ask us about your/our Vagina,” and you’re greeted with a medical professional who will listen to your query and direct you to the services you need. No wait. No judgment. No terror-fuelled worst-case-scenario echo chamber of WebMD.

Although that’s not to say their vision has been met entirely with open arms. When the company first started Mitchell recalls the intense scrutiny and disbelief to which their approach was met.
“Even mentioning the word Vagina was a problem. We would get looks and laughter, so much that we’d have to come up with creative ways of explaining our company so that men who have not experienced these problems would be able to understand.”

The difficulties extended past even their approach to medicine. In analysis of data from the MassChallenge group of accelerators, the Boston Consulting Group plotted 5 years of investment and revenue data from over 1500 businesses. The result was that although women-run businesses, such as Ovee, generated 10% more revenue than their male-owned counterparts, they received less than half the funding.

That’s not even differentiating companies with wide user-bases such as Ovee. According to the Department of Health and Human Services, UTIs by themselves account for roughly six million annual doctor’s visits in the United States. Not only that, but while treatment is available for many UTIs, there is no universally successful means of prevention, which means medical dashboards that provide information and connectivity, serve a fundamental role in handling those infections.

However, when speaking of the future, Mitchell continues to look ahead and focus on human solutions to the medical problems confronting our generation.

“It’s important to keep our mission in tact. We will always make sure to keep our user at the centre of everything we do.”