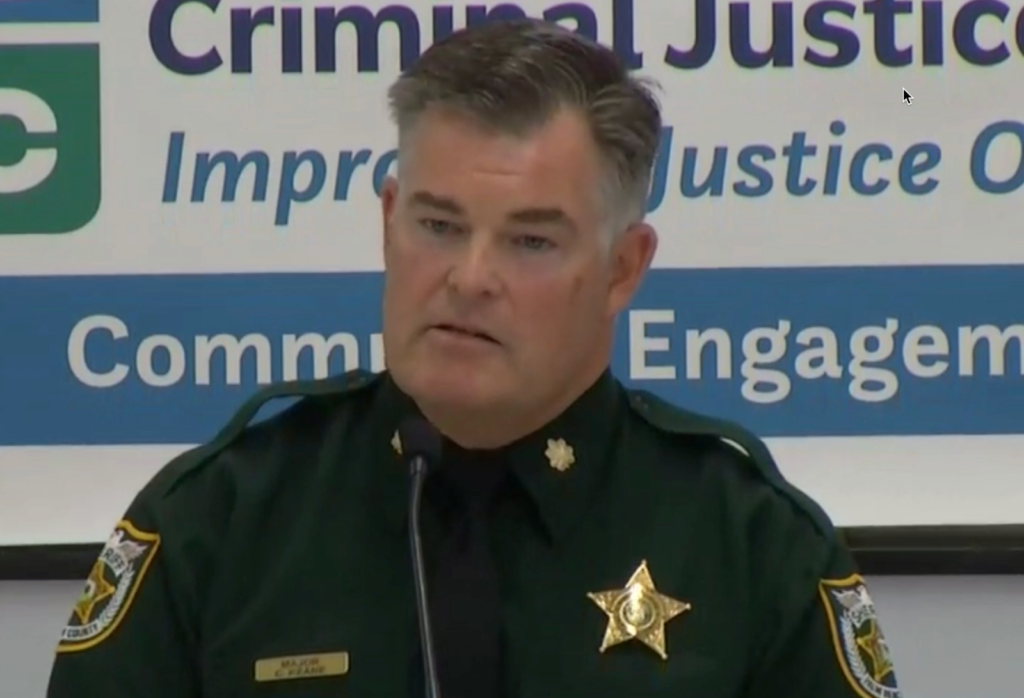 The event was billed as an open dialogue so residents could ask questions of law enforcement. Barbara Chelves,  president of the consulting firm Converge and Associates and Ted White, the Public Information Officer of the Delray Beach Police Department, moderated; while two sheriffs, Major Christopher Keane and Captain Todd Baer from the Palm Beach County Sheriff’s Office, fielded questions.

“I was held at gunpoint by two officers in my own backyard because I matched the description of a Black man wearing a black hoodie,” disclosed Marc Olius, a teacher at Lake Worth High School, in an unanswered text. “The white officers had no qualm traumatizing my nieces and nephews.”

Lake Worth Beach City Commissioner Carla Blockson asked whether a police mini-substation might be established in the community center to reach out to the local residents. The sheriff’s office is considering her proposal.

An outside submitted question asked about the number of Black and Haitian officers on the force. Major Keane responded by asking young minorities to apply.

Major Keane said that the sheriff’s office is serving the community in non-crisis situations—such as feeding the public during the coronavirus pandemic—to enable community engagement and diminish distrust.

Other participants raised concerns about the larger criminal justice system. “My thing is not with the sheriff’s department. It only starts there, but it moves on to the state’s attorney and this is where the African American trouble starts,” said one man who didn’t identify himself. “Even the sheriff, the bailiffs who work for the sheriff’s department … talk about how unfair the criminal justice system is against brown-skinned people which are Hispanics and Blacks … and this problem has been going on for years and years and years.” The moderators acknowledged the problem and proposed a follow-up forum with the district attorney, but no such event is yet listed on the commission’s website.