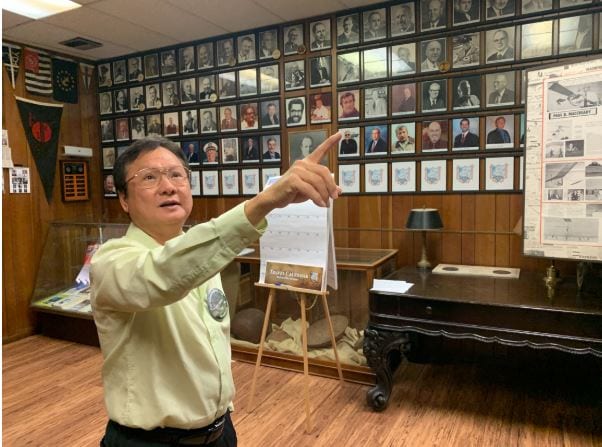 Paul Wong, 63, is the first Chinese American explorer who won the award of the LA Adventure Club for the year. Photo by Grace Sui

Los Angeles, Cali. — When we met each other in front of a small plain building in downtown LA, I didn’t expect Paul the winner of the 2019 LA Adventures Club Award. He was also the first Chinese American to win the award from the club that was founded in 1921.  To be austere, he looks younger than his real age – 63. 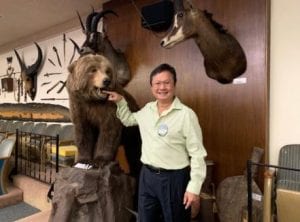 Paul Wong used to work as a manager at the Department of Beaches and Harbor in The Los Angeles County 30 years ago. As a First-Generation immigrant, he  moved to the United States all the way from the East. Many of his friends thought he was a great success. However, he told me that he was experiencing great pressure and was being marginalized by his colleagues, and it caused him to get very sick with an acute illness.

“it’s so difficult to manage the department as a leader from a minority community at the time, and I don’t have a decent bachelor’s degree which is the main reason of being marginalized by my colleagues… I didn’t realize the problem until it happened to me when I entered the emergency room three times within a year.” said he.

Now, he introduces himself as a full-time explorer. Things have changed a lot, brought up both exciting and dangerous. After joining the club, Wong told me he explored most of the cities of China, Thailand, and other Asian countries. Many  of these were areas that people normally would not go, such as the peak of Mount Everest in Tibet, which is one of the most dangerous areas for climbing. During his journey, Wong has experienced several moments where he narrowly escaped death. I wondered why he was so interested in adventures filled with so much uncertainty and danger, especially when he emphasized he usually went alone. 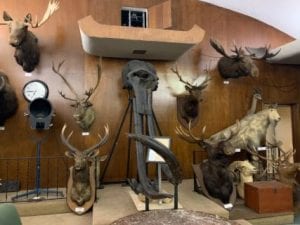 We were sitting in  the conference room, where they usually get together here every other Thursday to share exploring experiences, to teach skills of adventures, and to make connections with each other. Members are from various working fields, they are retired astronauts and veterans from WWII. As we were talking, Jeff Holmes, the former president of the club, came in and set up preparations for the meeting. He said he was so glad Wong won the award for the year because the award meant a lot to them. 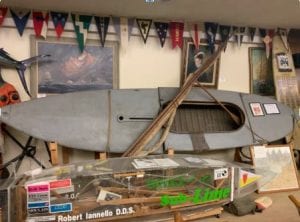 This canoe is from 1933. It has sailed 16,000 miles within three years from San Diego all the way down to Cristobal, Panama. Photo by Grace Sui.

“people always asked us why we join the club, why we love to do adventures, it is so dangerous. But you know they ask these questions because they don’t like it, and they don’t know what adventures mean to us. We really enjoy the nights when we get together and share what we have done through the year. We don’t talk about money, politics, jobs, economies, such stuff. All we talk about is just adventures, that’s our faith.” said he. 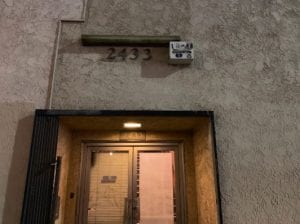 There have been decades that the club settled in this building without any signs and logos. Wong told me that’s because they don’t want to get attention just prevent it from being stolen. Photo by Grace Sui.

Back to the very beginning when I entered into the club, a small plain building mentioned above, I was astonished by what the inside was exhibited. There is a  giant bear, a deer specimen, an eagle statue gifted from the House, newspaper recordings about the club, and numerous other genuine items from the 1920s. They are just there, exhibited into this small unattractive building, just like another world of history. When Wong guided me around the little museum, he showed confidence and a proud smile. He expressed himself as a family member in a small corner of the world full of challenges, dangers, and love.