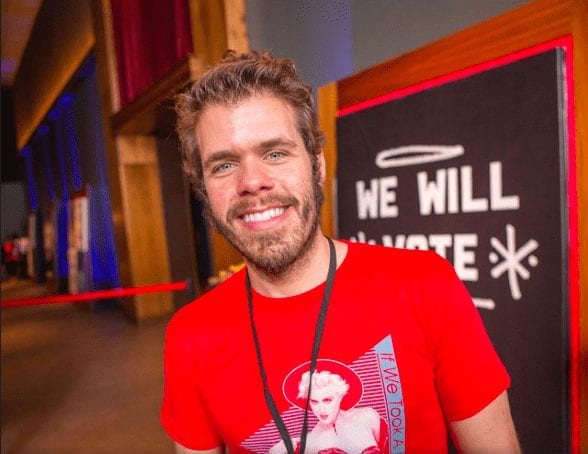 Media Criticism: Is Perez Hilton Trading in News or Gossip?

NYU alumnus Perez Hilton began laying the foundation of his gossip-fueled empire in 2004 brick-by-brick, each of which came at the expense of a celebrity of his choosing. Most famously, was the attention he attracted for publicly outing then-closeted, household names including Lance Bass and Clay Aiken, as reported by NPR’s Latino USA.

Perezhilton.com, refers to Hilton – born Mario Armando Lavandeira Jr. – as being “the internet’s most notorious gossip columnist,” and his blog as “one of the leading go-to sites for celebrity news garnering over 300 million hits a month.” In a world where there is no single definition of what a journalist is, or is not, and what constitutes journalism, Hilton is clear on what he is: a columnist.

While the news he is responsible for disseminating is hardly groundbreaking, and in many cases, may not even qualify as “news” at all, Hilton has also attracted attention from the likes of many established, and credible news sources such as the LA Times, the New York Times, Time, CNN, etc. According to Tom Ward writing for Forbes, “Perez Hilton is an OG. Long before social media was a thing, he was blogging and giving us our celebrity gossip daily. Now, with TMZ, Daily Mail, and a million other competing sites, he’s still around and more popular than ever.”

A columnist, by definition, is a writer or editor of a magazine column. In theory, this could validate Perez Hilton’s claim to the title. However, according to the Pew Research Center’s “4 Core Principles”, it is not clear if Hilton’s body of work passes as journalism.

Does Hilton feel morally obligated to the truth? The answer appears to be “no,” demonstrated, for example, by the way he reported a very-much-alive Fidel Castro to be dead back in 2007. The opportunity to drive blog traffic is most likely a greater source of motivation than that of the truth. Likewise, his inability to name sources lacks credibility and leaves the reader wondering exactly where these stories are being conceived.

As far as Hilton’s ability to remain unbiased? Anyone even remotely familiar with his name, knows that Hilton has a penchant for feuding with celebrities. Further still, he has been known to use said feuding as material for future content. For example, in 2014, Hilton came under fire by Jennifer Lawrence after posting sexually explicit photos of her on his blog. While he later went on to apologize, the actress rejected Hilton’s apologies in an interview with Vanity Fair. Later, as a follow up to the Vanity Fair interview, Hilton posted a video berating Lawrence for her response, which is undoubtedly biased. The Jennifer Lawrence incident is not an isolated one either.

Arguably the only principle to which Perez Hilton adheres to as per the Pew Research Center, is the second: his ability to stay loyal to the public. Through and through, Hilton is loyal to his audience, very often at the expense of his relationships with the people he is reporting on. If Hilton is to be considered a journalist, it would be as a byproduct of this alone. Has Hilton done an exceptional job marketing his brand, and thrusting himself into the realm of relevancy? Yes. Is it necessary to obtain a Master’s Degree from NYU in Journalism to do what he does? No. Anyone can produce content, simply by regurgitating rumors. Anyone, with enough effort, can stoke celebrity fires for the sake of clicks. Not everyone, however, can consistently put out unbiased, fact-based stories, while continuing to build credibility as opposed to knocking it down. Hilton is not a journalist, and what he publishes on his blog might be considered “acts of journalism” in some cases, but not journalism. Just because a health enthusiast can provide tips on how to eat better for the sake of boosting your energy, it doesn’t make them a certified nutritionist. Just because someone has a basic knowledge of mental illness and can potentially recognize glaring symptoms in someone else, this does not make them a psychologist. And just because someone like Perez Hilton can string a few sentences together to form some semblance of a story to publish online, that does not make them a journalist either.