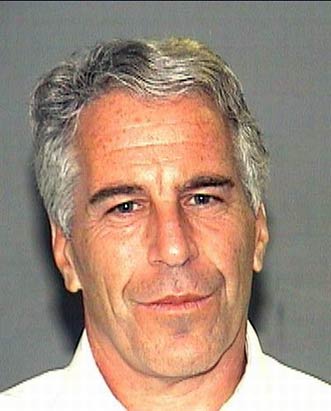 Opinion: ‘Perversion of Justice’ Acts is a Remarkable Piece Investigative and Advocacy Journalism

Julie K. Brown’s investigative reporting on Jeffery Epstein’s sex pyramid scheme and its subsequent cover-up is an astonishing piece of advocacy journalism that uplifts the voices of his victims.

Brown worked diligently to unlock answers surrounding Epstein’s crimes and the coverup by federal prosecutor Alexander Acosta. She detailed in her timeline the events as they unfolded, revealing that Epstein’s sex crimes were first reported as early as 2005. Until Brown’s work in 2018, according to an Ex-Florida police chief interviewed by NBC, federal prosecutors routinely turned a blind eye to Epstein’s sex trafficking and rape.

Brown was not the first in her coverage of Epstein. In 2007, New York Magazine published Philip Weiss’s coverage surrounding what had then been brought to light. However, Brown’s role as an advocate journalist and her unique approach to the story had a very real impact. Despite much of the evidence and information surrounding the case being publicly available, the public at large was mostly blissfully ignorant to the actions of Epstein. Brown wrote that “More than a decade later… Epstein’s victims have all but been forgotten”.

This key idea of giving a voice to the voiceless is what distinguishes Julie K. Brown’s coverage as advocacy journalism. In fact, Brown states clearly that this is her intent, being public about the angle she will be taking in this piece. She wrote, “His victims never had a voice until now”. In supporting her research, she specifically highlighted the victims’ individual narratives, pulling quotes directly from them.

Brown’s approach, overlooked by other reporters, helped put public pressure on prosecutors as well as reveal the plea deal made by Acosta and Epstein in an attempt to hide the crimes. When Epstein was arrested for the final time in 2019, Tiffany Hsu explained for the New York Times that “Geoffrey Berman, a federal prosecutor, said at a news conference that his team had been ‘assisted by some excellent investigative journalism.’” Acosta resigned from his role in former President Trump’s cabinet following Epstein’s plea deal.

Brown admits her angle with the victim’s voices was “the breakthrough” in her interview with the Washington Post. However, Brown’s objective and investigative methodology is truly what separates general activism from that with journalistic merit. In the same interview, she reveals how she stayed objective. She said, “I read very little about what had been written about this case when I took this up because I wanted to look — you know, I wanted to look at it like a cold case detective.”

Brown very clearly sided with the victims and was diligent in her choice of words and vocabulary surrounding them. Her choice to rely on their narrative is what caused such an impact on the public and put that pressure for justice on the federal prosecutors. By choosing not to take the federal prosecutors as the final authority, she was able to give power back to those who had been wronged by this system. Brown does not make an effort to show “the other side”, but in many cases giving space to a horrific “other side” is what is truly unethical. Finally, Brown stands by the ethic of objectivity while still being an advocate by letting her research and reporting guide her ultimate work.