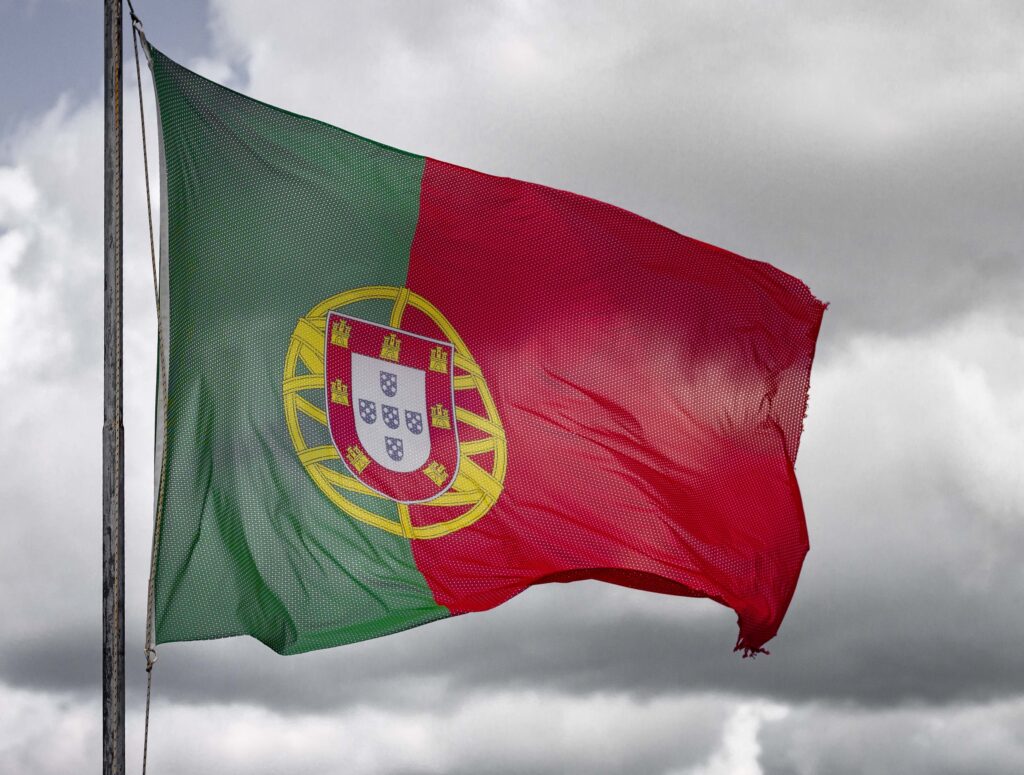 (PHILADELPHIA, P.A.) – For nearly 90 years, Portuguese, who emigrated to the United States with their families or by themselves, have found community, friendship and an outlet to stay in touch with their culture in the “City of Brotherly Love.”

The Philadelphia Portuguese Club (The Club) in Northeastern Philadelphia celebrated its 87th anniversary on December 3. The Club has functioned as a place for the Portuguese and Portuguese American communities to come together to celebrate their traditions, build new friendships, and inspire the younger generation, who were born in Philadelphia, to treasure their parents’ culture and language.

Unfortunately for The Club, it finds itself at a crossroads as its current president, Joe Rocha will resign on New Year’s Eve and with no clear successor.

The question about how The Club will find its North Star was once again in everyone’s mind during the 48th anniversary dinner for “Os Morcegos,” a group that hosts cultural events and fundraisers for The Club. The event reunited about 50 Portuguese guests on Oct. 29 and despite the elephant in the room about The Club’s future, guests carried on with the celebration and enjoy a night with friends.

“I came here to be with friends and enjoy the best that Portugal has to offer, fado, food,” Ed Dias, 50, a first-generation Portuguese American, born and raised in Philadelphia, said. 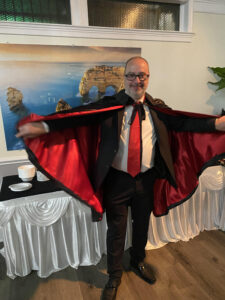 During the dinner, the guests mix and mingle to talk to about their holiday plans, mourned those who had passed away recently, or to share their longing (Saudade) to hear a night of fado.

Fado is traditional Portuguese music and intrinsically intertwined with the history of Portugal as navigators and the harsh life associated with that – those feelings of resignation, longing, and hope. The Portugal Online, a travel website that schedules fado shows in Portugal, describes it as “The Soul of the Portuguese Music.”

Just before dinner was over, the lights dimmed, and everyone ceased talking, eating, and drinking.

“There is something mystical, magical when we listen to Fado,” Dias said.

Fado requires no big stage or elaborate choreography and is to be listened to in silence. The only sounds are expected to come from the singer (fadista) and two to four guitarists (guitarristas).

After the hour-long performance, the audience gave a standing ovation. Some wiped away tears as they listened to Fernando Jorge Amaral and Fatima Santos, both well-recognized fado singers.

History of the Philadelphia Portuguese Club

The Club was established in 1935 by a group of 45 men who wanted to find ways to keep their culture alive in their new homeland. The Club first rented an office at 736 South of 3rd Street, in Northeast Philadelphia, and in 1949 The Club’s Executive team bought its first building at 754 South Street; not far from where they were. Throughout the years as The Club faced financial struggles, they’ve moved its headquarters a few times and is currently located at 2019 Rhawn Street in Northeast Philadelphia.

During The Club’s existence, it has opened a Portuguese school, a theater company, a children’s soccer team, and a restaurant, to name a few of its endeavors.

The U.S. passed the Immigration and Nationality Act of 1965, whose objective was to eliminate the national origins quota system which favored the northern European countries. After that law passed and according to The Standard Times, this change resulted in a wave of new immigrants coming to the U.S. between the late 1960s and early 1990s.

According to the most recent census data, there were about 2,800 Portuguese individuals in the city of Philadelphia and 18,000 in all of Pennsylvania as of 2015, a significant decrease from the approximately 10,000 in Philadelphia and the Delaware Valley in 1980, according to City-data Forum.

Manuel Dias, Ed Dias’ father, left his job as a tailor in Portugal to immigrate to the U.S. in 1968. Ed Dias says that his father told him that he experienced firsthand the arduous journey that many immigrants face when moving to a different country such as finding a home, schools to put their children in and finding a doctor all while barely speaking English. The Club allowed immigrants like Manuel Dias to come together, get the support they needed and, most of all, feel Portuguese in their new country.

“My father was part of this club for most of his life, and now that he passed away, I want to continue his work,” said Ed Dias. 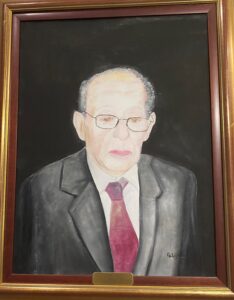 Portrait of Manuel Dias displayed at the entrance hall of the Philadelphia Portuguese Club on Oct. 29, 2022 (Photo courtesy of Emilia Maia)

Manuel Dias played a considerable role in assisting many Portuguese immigrants settle in Philadelphia. Ed Dias said that when his father and a few of his friends had a weekend off from work, they would take the two-hour train ride from Philadelphia to Newark International Airport, with signs that read: “If you are Portuguese and need help, we can help.” The welcome signs served as an advertisement to encourage Portuguese people arriving in the U.S. to come to Philadelphia and connect with the Portuguese community.

In 2019, just a few months before the pandemic, Cristina Lebre, 53, became the President of the Portuguese Philadelphia Club.

“The Club has struggled to find ways to stay financially afloat and relevant to the Portuguese community,” said Lebre.

Lebre and her executive team worked to get The Club into a solid financial situation. “Our biggest accomplishment was paying off the $80,000 mortgage, and by 2021, the club was finally debt-free,” she said.

Renovations were also made in the main hall of headquarters to give it a fresh and more contemporary look. Lebre and her team took on different roles required to keep The Club functioning. “I was the President, the cook, the public relations director, the communication manager,” Lebre said.

Cristina Lebre, President of The Philadelphia Portuguese Club between 2019 and 2021 (Photo courtesy of Cristina Lebre)

Reopening the Portuguese school was one of Lebre’s goals when she took the presidency of The Club, but then Covid got in the way and those plans got canceled.

“It was a vibrant and active club through the late 80s, but since then, The Club has struggled to keep its doors open,” Lebre sadly said.

What’s next for the Philadelphia Portuguese Club?

The outstanding question that worries those actively involved with The Club is whether the next generation will pass on their traditions to their children. Lebre says most kids born and raised in Philadelphia are more interested in other activities rather than joining The Club.

Ed Dias, with his wife Rita Dias and their two teenage sons are members of The Club who are first- and second-generation born Portuguese Americans. They came to the “Os Morcegos” dinner to honor Manuel Dias’ legacy.

Ed Dias is also an active member of the “Os Morcegos” and of the Portuguese Heritage Commission. The Commission organizes a celebration like the Fourth of July to commemorate the annual “Day of Portugal, Camões, and the Portuguese Communities” – a national holiday in Portugal that’s celebrated on June 10 of every year.

“I did not care much about the Portuguese culture or The Club when I was younger,” Ed Dias said. “But then, when I got married and had my boys, I realized it is important to keep our culture alive and that my kids get to know what it means to be Portuguese.”

After three years, Lebre decided to resign to spend more time with her family. The Club had to close its doors for a few months, until Rocha stepped in as the president in February 2022. According to his Facebook announcement, Rocha and his wife have lovely memories of visiting The Club when young and later with their children and he wanted to allow The Club to continue its mission.

And while Rocha’s vision for The Club seemed promising, he made a hard decision to step down less than a year on the job to spend time with his wife who inspired him to become president.

“But now that she is sick and I still have a 17-year-old daughter at home, I want to spend time with my family,” Rocha said, adding, “The only thing I know is that by the end of this month I will turn in the keys…What happens next? I do not know.”