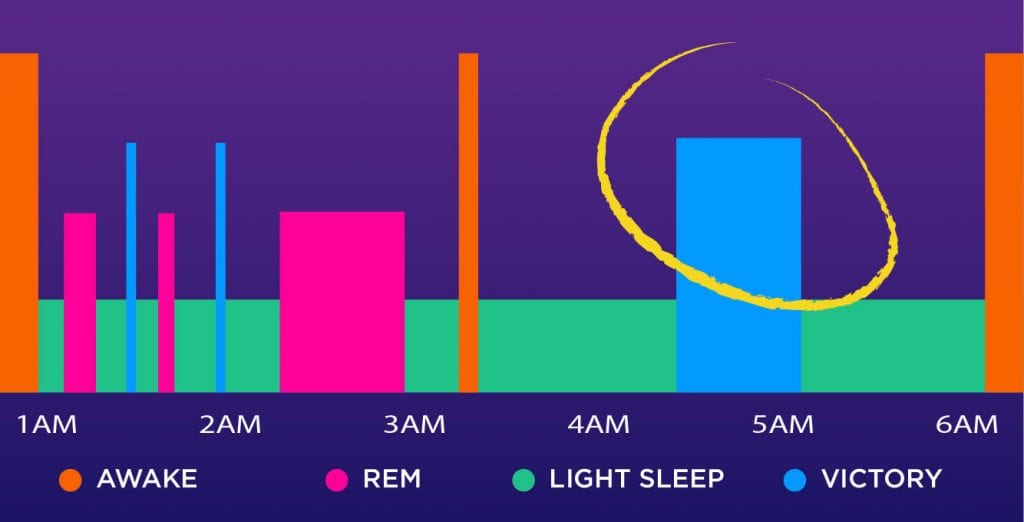 TORONTO – I was a sleepwalker. Head downstairs on a cold winter’s night and you’d find me dozing in the light of the fridge, arms rearranging its contents by height.

Although some family members shared similar quirks, including a sister who was famous in her youth for hour-long cavalcades of midnight cursing, their effects, I thought, had long-since receded.

And then I found Pillow.

Pillow is an app designed, according to its website, to “help you uncover the scientifically proven benefits of good sleep.” Put your phone under your pillow overnight and you’re rewarded in the morning with a bounty of statistics: the time it took to fall asleep, sleep quality, amount of deep sleep, light sleep and, crucially, REM sleep. The latter of which, according to the U.S. Department of Health and Human Services (HHS), encompasses the time spent dreaming each night, and is the period of sleep in which sleepwalking occurs.

Following a couple of turbulent months, which culminated in an unexpected move back to my hometown, my sleep began to suffer. What had begun as a slouch towards seven hours each night began to look more like six, and then four as stress piled up.

I turned to Pillow as the solution: if I could solve my sleep, I thought, the stress of my sudden relocation would follow.

That first night saw me nervously checking and rechecking my phone. Would Pillow confuse reading as soundless deep sleep? Would it determine my sleep perfect and commit me to a 4-hour normal? I lay there that night like I was waiting for the tooth fairy.

I was elated with the results. Pillow had not misinterpreted the time I spent reading, instead it judiciously, if generically, labeled it ‘Awake’. It had transfigured my murky sleep habits into a satisfying neon timeline, most often punctuated with the words ‘light sleep’. Where I felt groggy it suggested I had endured a night of 78% sleep quality, and accompanied its assessment with a mood indicator showing an unamused emoji. I now had something to scrutinize, interpret, and dive into, even if the app provided little suggestion as to how.

The following days saw me change sleep times, eating times, and room temperatures as I worked to inch the teal of ‘light sleep’ to the comforting blue of ‘deep sleep’. I refocused my days on perfecting my nights. Unpacking my clothes from the big move could wait.

For the most part, my timeline was immovable, though my pink line, REM sleep, was showing promise. Starting at a meager 10% —a number the HHS suggests is unusually low — to an average 25%, and then, within days I catapulted to a super-human 33%, although the number of hours I slept only declined.

What’s more, I began to feel better during the daytime, more determined, even if I felt a bit groggy. I saw myself as an explorer charting new paths in the nameless territory of night.

Two days later I woke to an open fridge. Not that I was overly surprised; as a child my sleepwalking was usually at its worst the less I slept, and I had now, twice, mistaken the balustrade for a stranger. I deleted the app.

I still struggle with the difficulties of sleep, and without Pillow’s neon roadmap my days have lost the comfort of calculable highs and lows, but my alarms are set, my clothes, finally, put away, and I stand in my hometown, refocused, eyes open to the daylight rather than the night.