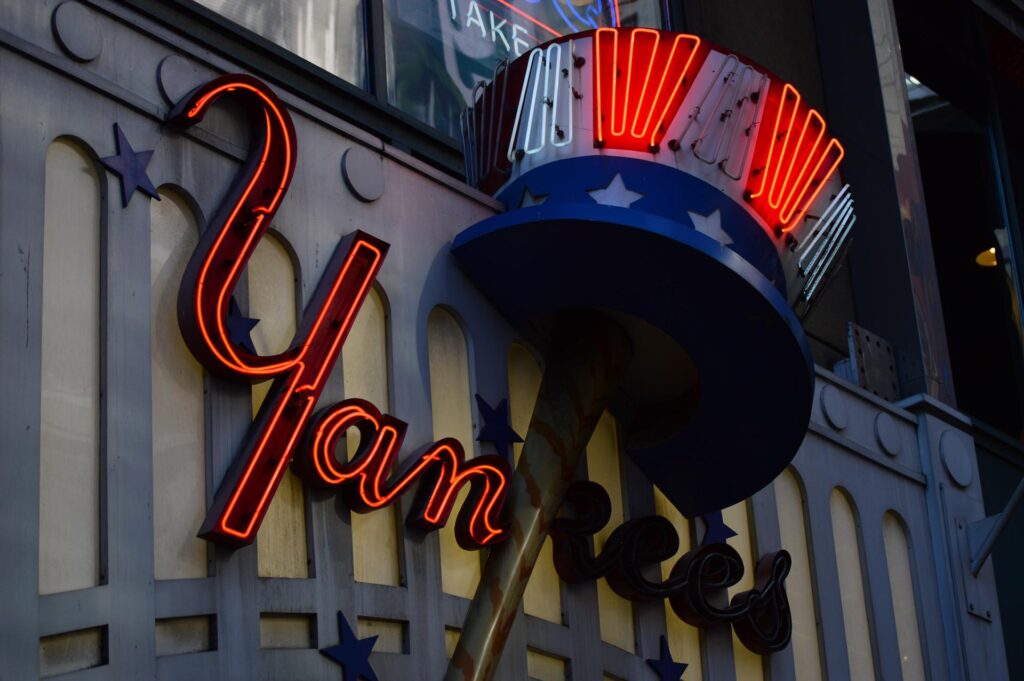 Image by Charlie Yoon from Pixabay

Opinion: Pitching Between the Gray Lines

(SOUTH BRUNSWICK, N.J.) — What does the gray area in journalism look like? The Click spoke to Charis Smith, a former fan blogger for the New York Yankees, to understand where she fell on the spectrum of traditional journalism to entertainment writing. The blog, published via WordPress was called Yankees Life and Smith clearly was not governed by the conventional guidelines a traditional journalist would. Smith acknowledges and believes she falls into a gray area of writing, meaning her work is not reflective of a journalistic role, especially given her niche coverage and affinity for the Yankees over their competitors.

“I knew what I was talking about, and I have been a Yankees fan for a long time,” Smith admits.“I would go to games I’d normally go to. The blogging site wanted a writer who can talk through a fan’s experience. The blogging site was a partnership with MLB and the Yankees— it was freelance.

“I reached a freelance agreement with MLB (Major League Baseball) to become part of a team of writers/bloggers to engage with fans throughout the season. We (the bloggers) were allowed to pitch our own angles, format, posting schedule, etc as part of our agreement. Once I was accepted, I got to work and kept up my agreement until Spring Training 2020, when COVID-19 hit,” said Smith. She explained that she only got paid if she hit a certain amount of clicks/hits, which didn’t happen often for her. “I watched it in person, online, kept track of trades, made friends with people in the industry. I was never really press because I wasn’t considered media or credential. I paid for my seats and didn’t get press interviews. I got to visit the press box because I networked and made friends with press from MLB and NY based outlets,” said Smith.

Smith often sat with the bleacher creatures in section 203, where the most passionate team fans assembled and where roll calls rung in the excitement of a new game. The bleacher creatures were notorious for terrorizing the opposing right fielder and coming up with funny chants at games, Smith recalled. Throughout her experiences, she got to know the industry and while getting to know the families of the Major League Baseball players. “I would always sit in the same area as the player’s wives. The blogging site was trying to expand their social outreach,” Smith said.

The blogging site wanted someone like Smith, who was not a journalist at the time, to get information and deliver the news back to the fans. Smith got to know different people and talk to a lot of players. Some MLB players and staff she met were Bryan Hoch, Erik Boland from NY Daily Times, NY Times reporter Tyler Kepner, ESPN reporter Marly Rivera, Meredith Marakovitz from Yes Network and John Sterlin from WFAN. “I went to the Starbucks they went to, and they’d all show up. Smith said she met Alex Rodriguez, one of the former Yankees Major League players. Rodriguez was a famous MLB infielder for the Yankees who’s in fourth place for the most career home runs in major league baseball history. “Rodriguez was so humbled and nice,” said Smith. I knew people who were minor leaguers who are now MBA,” said Smith. Smith said she can’t reveal who the minor leaguer turned Major League players are now. “They’re my friends and that’s different. My public side is online my private side is not,” said Smith.

It could be argued that Smith conducted certain actions in her workflow that resembled what a reporter might do. Smith explained that a lot of the sources she used were third-party, often using MLB to cite many statistics or statements–but she rarely used attribution as a journalist would be expected to. Alternatively, it was clear how her work did not align with mainstream journalism reporting techniques. “I was more like an op-ed and kept it positive, and it was hard to stay positive sometimes. When players got arrested, scandals, domestic violence issues it was hard, but I had to talk about it because it was part of the news. I felt limited because I wanted to stay positive on my blog,” said Smith.

It was a normal part of her life, but there was a lot she couldn’t talk about. Smith wasn’t the tabloids so she didn’t mention who the Yankees players were dating or any scandals that were going on. The players trusted her as a friend so she wasn’t going to gossip about their personal lives like other journalists. She wasn’t considered a journalist and back then, she said citizen journalism wasn’t a mainstream category yet.

“I watched a lot of the players grow up. I met them when they were 19 years old and I saw them evolve. I did this part time for seven years. I would do daily recaps, trade were happening I got recognized by MLB. I would say in my blog I’d say I’m not a journalist. I didn’t consider myself a journalist back then because I didn’t have the same rules,” said Smith. I wasn’t credentialed media so I couldn’t hang out in the press box or media areas like the locker rooms after the game or on field before the game,” said Smith.

“I wouldn’t be able to express my opinion on things if I was a journalist back then,” Smith said, which was key to her work. However, it did not stop her from having an, “obligation to be authentic and get the story.” Now, Smith currently works at ABC and she does feel the same pressure and push when she was reporting as a Yankees fan blogger. Her blog was published within an hour or so of the game ending. One game went into 16 or 17 innings. “It was a long baseball game and I still had to recap it and have another job,” she said.

The nature of her work might slightly resemble the theme of urgency often seen in sport journalism and breaking news. “There was the pressure to get it right, get it on time and get it while it’s relevant just like any journalism story. I wasn’t limited to a certain style of writing, I was able to enjoy it and formulate my own. Now that I see it, there’s a lot of citizen journalists that are doing their own podcasts, blogs,” she explained.

One workflow worth pointing out is that Smith would cite using news organizations to supplement her work. She used journalists’ perspectives for sourcing in  her blogs. “I would link to other articles, stories, social media, and game video,” Smith said. Smith was told to blog things a Yankees fan would want to know.  She learned more about the business side and how the trades worked, how do they picked players. “I talked to the scouts. What do scouts look for when recruiting?” said Smith.

When she presented the information, her goal was to simplify content for an everyday fan. Smith was able to learn more and got the inside information. “My goal wasn’t to be a part of the trade, I wanted to know what every fan wanted to know. Example Derek Jeter breaking his ankle when was he coming back? What did it look like? I had so much information about the game and stories but I didn’t include that in the blog because my audience wasn’t insider; it was for everyday fans. I made it simple for a fan who wants a quick recap if the Yankees are doing really well or bad,” said Smith.

The weird gray area she is a part of now exists in a great capacity on social media. Other outlets such as channels on Youtube, Tiktok, Facebook live, and fan-fueled podcasts. “Before people were using Youtube or their vlogs but it wasn’t nearly as big as actual written blogs like on WordPress,” said Smith.

Gray journalism or not, there is no inherent harm to a fan-driven blog as long as Smith acknowledges her writing is not a news source and is inherently biased.

It’s easy to see how blogging can tiptoe into an area of writing that looks like journalism—but ultimately Smith is not a journalist. Smith gets frustrated with people who assume if an individual has a platform it makes them a journalist. Smith believes people with platforms have brought mistrust to the public. “Just because someone who’s an influencer says something doesn’t mean it’s true. Where are their sources and facts to back up the story? They are taking standard journalism ethics and applying what makes sense for their story,” said Smith. 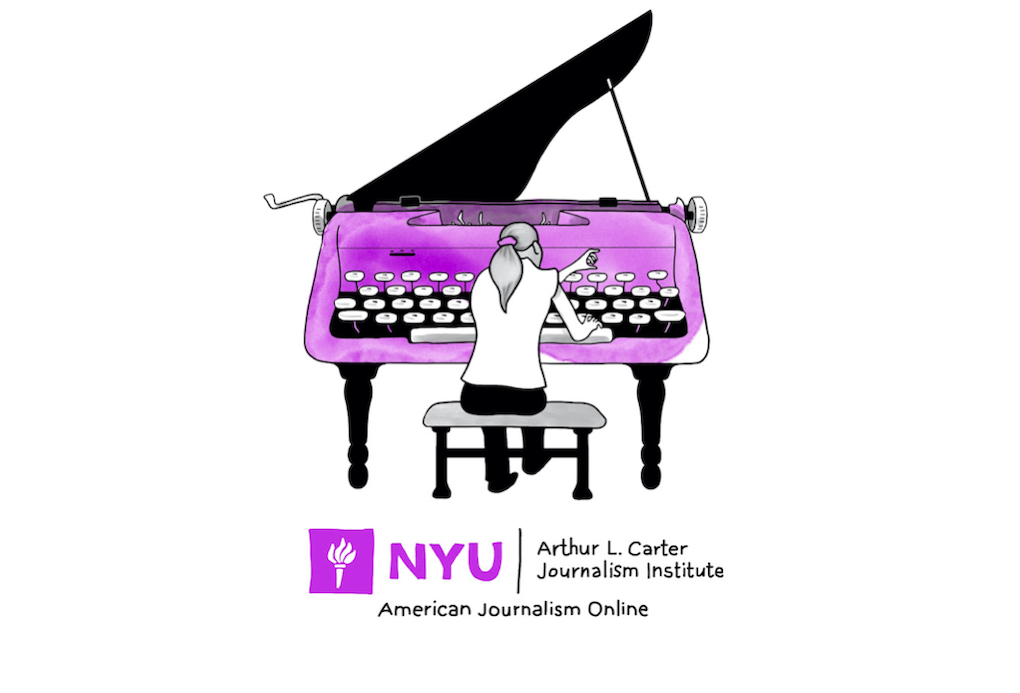 Welcome to the Spring 2022 Semester: An AJO Newsletter

A look ahead at the upcoming spring 2022 semester here at NYU's AJO program.