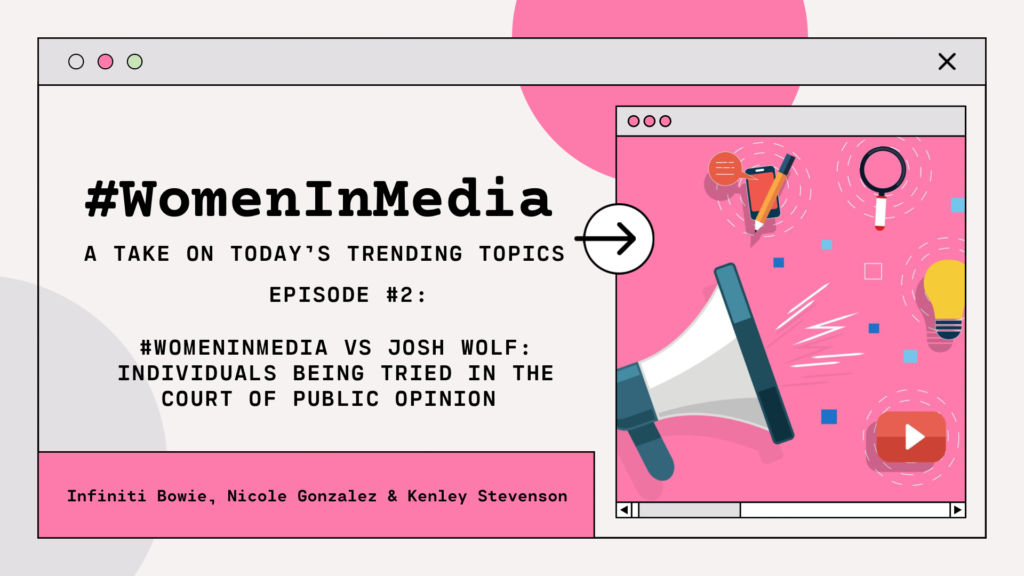 Podcast: #WomenInMedia vs Josh Wolf — Individuals being tried in the court of public opinion

(ORLANDO, Fla.) — Anarchists took to the streets of San Francisco to vandalize property in the summer of 2005, leading video blogger Josh Wolf to catch much of the action on camera. He later sold edited footage to local television stations. When the FBI asked for the original footage, Wolf refused to hand it over. He was ultimately jailed for contempt of court, earning him the title of longest-jailed journalist.

#WomenInMedia hosts sat down to discuss the video blogger’s actions. Wolf described himself as “an artist, an activist, an anarchist, and an archivist.” Is he considered a journalist too? Was he trying to hide something by not complying? What did this case mean for the future of journalism?