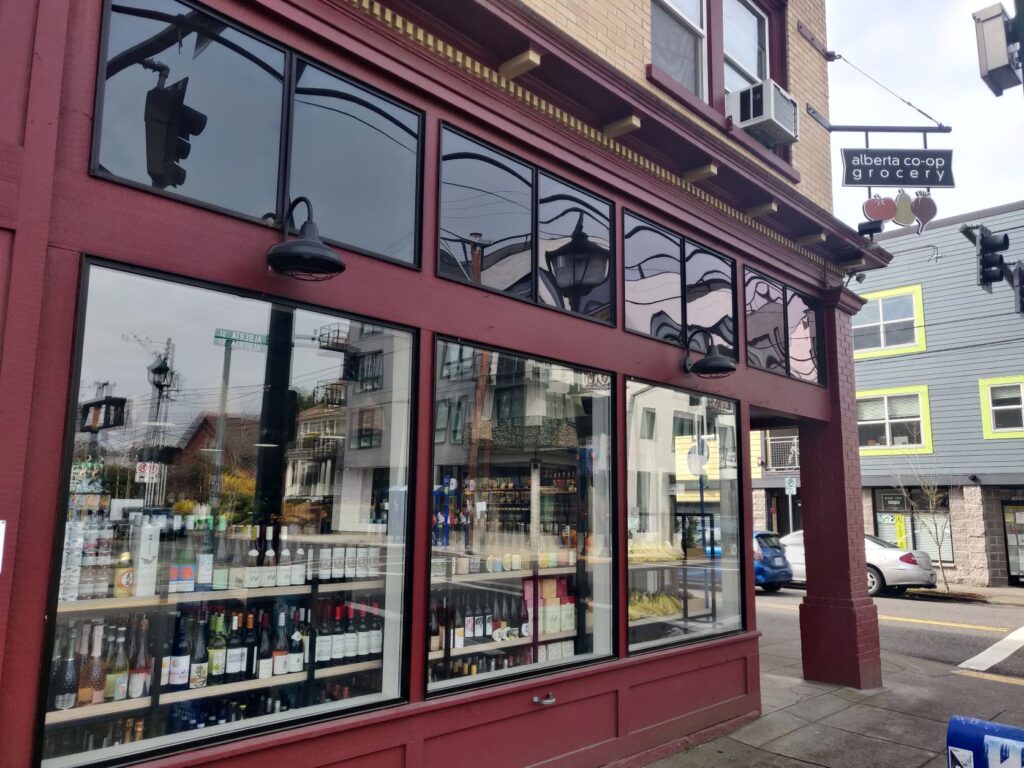 (PORTLAND, Ore.) — The Alberta Cooperative Grocery (ACG) has been a staple of Portland’s foodie culture for over two decades. Situated in the Alberta Arts District, in the city’s diverse southeast quadrant, the co-op provides healthy, local food that seems hand-picked for the neighborhood, according to local patrons Chris and Paige.

“They have a lot of vegan products for us,” said Paige. “It’s curated,” added Chris. “They think about what they’re putting in there. That’s what you need with a space that’s small, but it’s also tailored for the community that’s here now.”

Erbin Crowell of the Neighboring Food Co-op Association (NFCA) says, “People understand that when you shop at a food co-op, you are doing more than getting healthy food for yourself and your family. You are also sustaining good jobs, a market for local producers, and a more inclusive way of doing business.”

A recent Fortune article by Katherine K. and Victor Tan Chen suggests that increasing the number of co-ops could make the economy more resilient. This could be due to the focus on local food, diversity of supply, and sustainability, which according to Crowell has allowed cooperatives to thrive during the pandemic. Alberta Co-op has weathered the pandemic by adhering to such principles, and by adapting to the crisis with online shopping and curbside pickup policies.

This type of arrangement is not new. “[W]orker cooperatives have a history almost as old as the human race,” according to economist Richard D. Wolff.

Historian and poet John Curl writes that “urban wageworkers and small rural farmers…have shared common roots and often worked closely in coalition towards common goals.” Alberta Co-op’s multi-stakeholder model is an example of such a coalition.

The co-op sells products culled from “local, regional, organic and socially responsible sources” prioritizing “products developed using organic and sustainable methods of agriculture whenever possible,” according to its website. The Organic Consumers Association has found that around 40% of ACG’s sales overall, and 99% of its produce sales, are organic.

Criteria that are factored into the buying process include affordability, treatment of animals, fair trade practices, packaging, and workplace ethics.

Alberta Cooperative Grocery recorded total sales of $3.88 million in 2018, according to its Annual Report. Roughly $2.5 million of this went to the cost of goods, with another $1.3 million for labor and other expenses. The co-op’s net income was just over $50,000.

While this may seem like small potatoes, co-ops don’t have CEOs or other trappings of corporate supermarkets. Kroger paid its CEO over $20 million in 2020, while median worker pay dropped. By contrast, the stakeholders of ACG all benefit when sales increase.

Customer Iain C. wrote last year on Yelp that ACG was “on top of keeping the community safe with COVID precautions.” He added, “don’t come here for extensive shopping list needs, but they have the essentials.” Another Yelp reviewer, Eric D. recently described the store as “small, cozy, and everyone was so nice.” However, the store is not cheap, as Michael S. reported: “The one hindrance to me being a regular was the prices.”

Its multi-stakeholder model, emphasis on local food, and inclusivity make ACG an example of what can be achieved by a commitment to cooperative values. The farmers who grow the food, the workers who stock and sell it, and the shoppers who consume it, are all partners in an equitable arrangement.

By keeping proceeds within the community, Alberta Co-op can serve the needs of its neighborhood. In Crowell’s words, cooperatives are “community hubs, sources of sustainable jobs, outlets for local producers, and community infrastructure.” Perhaps that is why food co-ops like ACG continue to show resilience in the face of crises.