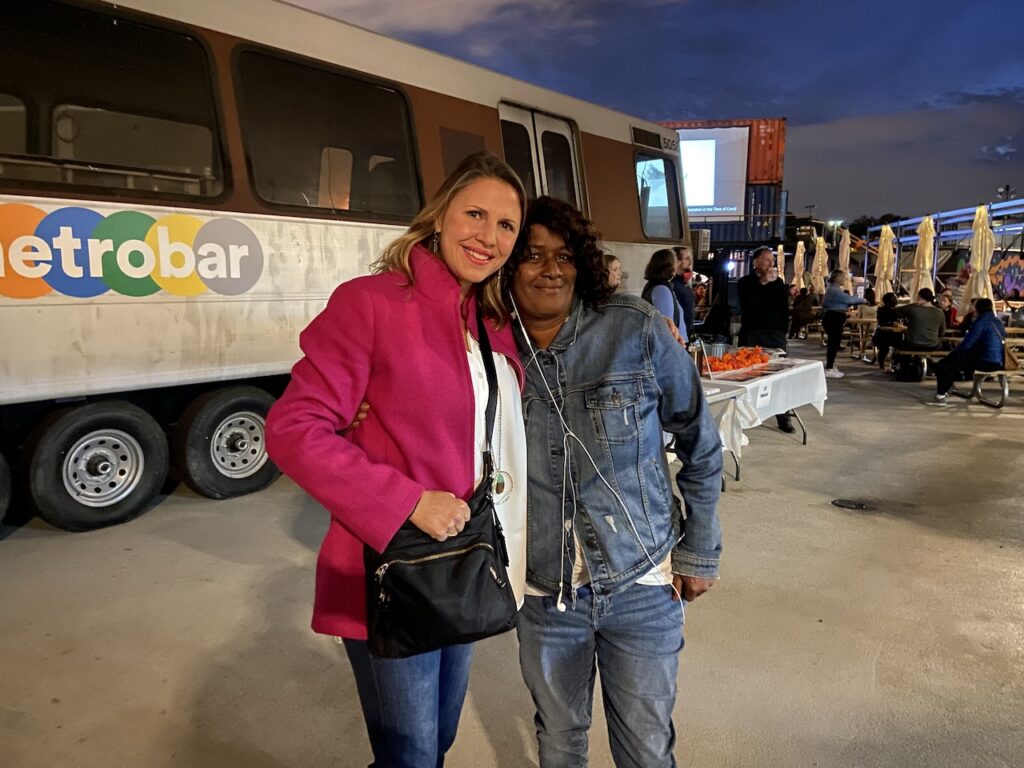 Documentary About Homelessness in D.C. Gets Its Hometown Premiere

(WASHINGTON, D.C.) — Nearly 200 people gathered at a converted parking lot that now serves as an outdoor arts venue on a crisp Thursday night to watch the premiere of “Street Reporter,” a documentary that follows the journey of a woman experiencing homelessness as she achieves her dream of becoming a photojournalist.

Directed by Laura Waters Hinson, the film was part of a project supported by American University’s community voice lab, a collaborative that produces movies about “unseen and unheard” stories based on people in the D.C. area.

Shot during the pandemic, star Sheila White said the sudden emergence of COVID-19 last year presented some challenges to the cast and crew that made the project more difficult.

“When COVID first hit, I was a nervous wreck,” White told The Click in an interview just before the screening. “I kind of shied away. I didn’t want to be in front of people.”

However, the real challenge for White and Hinson didn’t come from navigating the threat of the coronavirus, but more from deciding how to whittle down the hundreds of hours of footage they collected to create a 26-minute film.

“You’re piecing together pieces of reality into a narrative and staying true to what really happened, but you’re creatively interpreting it as well,” Hinson explained over the light chatter of people walking into the space.

In the film, White teams up with a reporter from a D.C. street paper to report on how the city deals with its homeless encampments. She encounters people living on the streets whose experiences remind her of her own struggles.

Just hours before the movie premiered, the city permanently cleared the encampments that White spotlights in the film.

Before the screening, White and Hinson said they hoped the documentary would help break stereotypes about the people who live in the city’s streets and raise awareness on solutions to homelessness. People of all ages, backgrounds and varied understandings of the subject huddled around picnic tables and short-legged stools to watch the film. Food trucks idling just outside served up plates of french fries and chicken wings, while people ordered cans of beer from the on-site bar by using their phones to scan QR codes posted on placards set atop their tables.

As the screening ended, audience members stayed around to mingle with the film producer and cast members while sharing their views of the documentary.

Grace Brown, an area resident who works in food security, told The Click she felt the film completely changed her view of homelessness as an issue.

“Usually, when you read articles in the news, it’s about homelessness in general. But here, you’re getting to hear individual stories,” Brown said. “It makes me understand more the complexity of what people might be going through.”