“Welcome to the most un-PC event of the year,” said the host of the charity auction at the President’s Club Dinner. Madison Marriage, a reporter for The Financial Times, was in attendance, posing as a hostess, digesting every word.

In 2018, The Financial Times sent Marriage undercover to the annual dinner held at The Dorchester Hotel in London to investigate claims of sexual harassment made by former female employees. A gray area of ethical journalism, Marriage’s findings confirmed that the dinner, officially hosted to raise money for charitable organizations, unofficially served as an opportunity for powerful politicians, financial executives, and entertainment moguls to partake in “grotesque” behavior. Her report led to a cascade of debates within the British government regarding the treatment of women in the workplace, ultimately leading to the closure of the President’s Club. Further, it prompted The Financial Times to sharpen its focus on the abuse of power in all sectors, examine executive misbehavior, and use journalism to hold those who engage in said behavior accountable. Marriage’s reporting was short-listed for the 2019 Orwell Prize for “Exposing Britain’s Social Evils,” demonstrating the power of efficacious and tactful undercover reporting.

A mainstay of the British social calendar for 33 years, the President’s Club Dinner had spawned rumors of attendees’ lewd behavior for a decade. However, the activities of the evening had gone largely unreported, likely due to the fundraising capabilities. 360 men attended the 2018 dinner, accompanied by 130 hostesses who met the criteria of “tall, thin and pretty,” with strict uniform requirements of “BLACK sexy shoes” and “black underwear.” The women had to sign non-disclosure agreements upon arrival that evening and were informed, upon hiring, that the guests might be “annoying.” They were not warned about the type of harassment they would endure.

Marriage was groped by three men that evening and bore witness to men repeatedly putting their hands up hostesses’ skirts. Hostesses were propositioned and asked to join diners in bedrooms at The Dorchester. One man asked a hostess if she was a prostitute.

The worst I was told by one of the hostesses was a man taking his penis out during the course of the dinner,” Marriage told BBC in an interview.“The other one was another man telling a hostess to down her glass of champagne, rip off her knickers, and dance on the table.”

Marriage’s shocking exposé confirmed the rumors of appalling behavior and provided depth and context to previous allegations. While the story contained anonymous sources, Marriage’s first-hand accounts supported the claims. The reporter remained undetected and committed to uncovering the truth while she herself was subject to harassment. This delicate operation could have resulted in a greater degree of assault for Marriage, but fortunately, that was not the case. It is unclear if Marriage lied on her application to be a hostess that evening, but she reported that most of the women who were hired worked other jobs and took on the position to earn additional income.

The report in The Financial Times forced trustees to launch an investigation, which later revealed a prostitution ring operating around the event using rooms and suites at The Dorchester. Though charity representatives refused to comment, the investigation sparked debates around the world about the objectification of women. The British Parliament scrutinized the organization’s activities, calling the behavior “unacceptable.” Days after Marriage’s report was published, The President’s Club officially announced its closure. Many organizations returned funds donated by the President’s Club and promptly issued apologies.

According to The Society of Professional Journalists, ethical journalism seeks truth and reports honestly, avoiding surreptitious methods of gathering information, which includes undercover reporting. However, ethical journalists also have “a special obligation to serve as watchdogs over public affairs and government.” This point alone justifies the decision for The Financial Times to send Marriage undercover, considering many of the allegations were against public officials.

At times, undercover reporting falls flat, resulting in legal ramifications for the journalists or media organization that can outweigh the impact of the discovery, especially if laws are broken in pursuit of the story. Despite the breach of confidentiality agreements that Marriage and other hostesses signed that evening, there were no implications. In February 2018, The Financial Times reported that “the staffing agency that hired 130 hostesses to work at the notorious Presidents Club charity dinner last month has told the women they can disregard the confidentiality agreements they signed in order to report criminal behaviour to the police.”

Marriage’s brave account was praised, forcing adjacent organizations to review internal policies while encouraging women to call out bad behavior and hold men accountable when they actively engage in sexual harassment or assault. On a personal level, however, she faced vicious backlash from social media trolls and threats to her safety, which took a toll on her mental health.

I was genuinely scared,” Marriage told the PressGazette in an interview.

Though her story might have had substance solely based on her research and sources, the undercover investigation revealed explicit context giving the public a superior understanding of the degree to which powerful men collectively abuse their position. Marriage’s report also prevented future assaults within the President’s Club, which might have kept going were it not for the unequivocal evidence and corroboration she provided. The Financial Times also implemented a new strategy to deal with any story that might elicit backlash to help protect their reporters. Marriage proved that undercover reporting is a valuable tool and, in this instance, served the greater good.

As of 2022, The Financial Times promoted Marriage to lead the newly created special investigations team, a reflection of her immeasurable dedication to the British public. She has continued to expose misconduct, solidifying her commitment to the truth.

“No topic and no scandal will be off limits for our new investigative unit,” Marriage told The Financial Times. “We will tenaciously pursue stories wherever there has been an abuse of power and hold those responsible to account.” 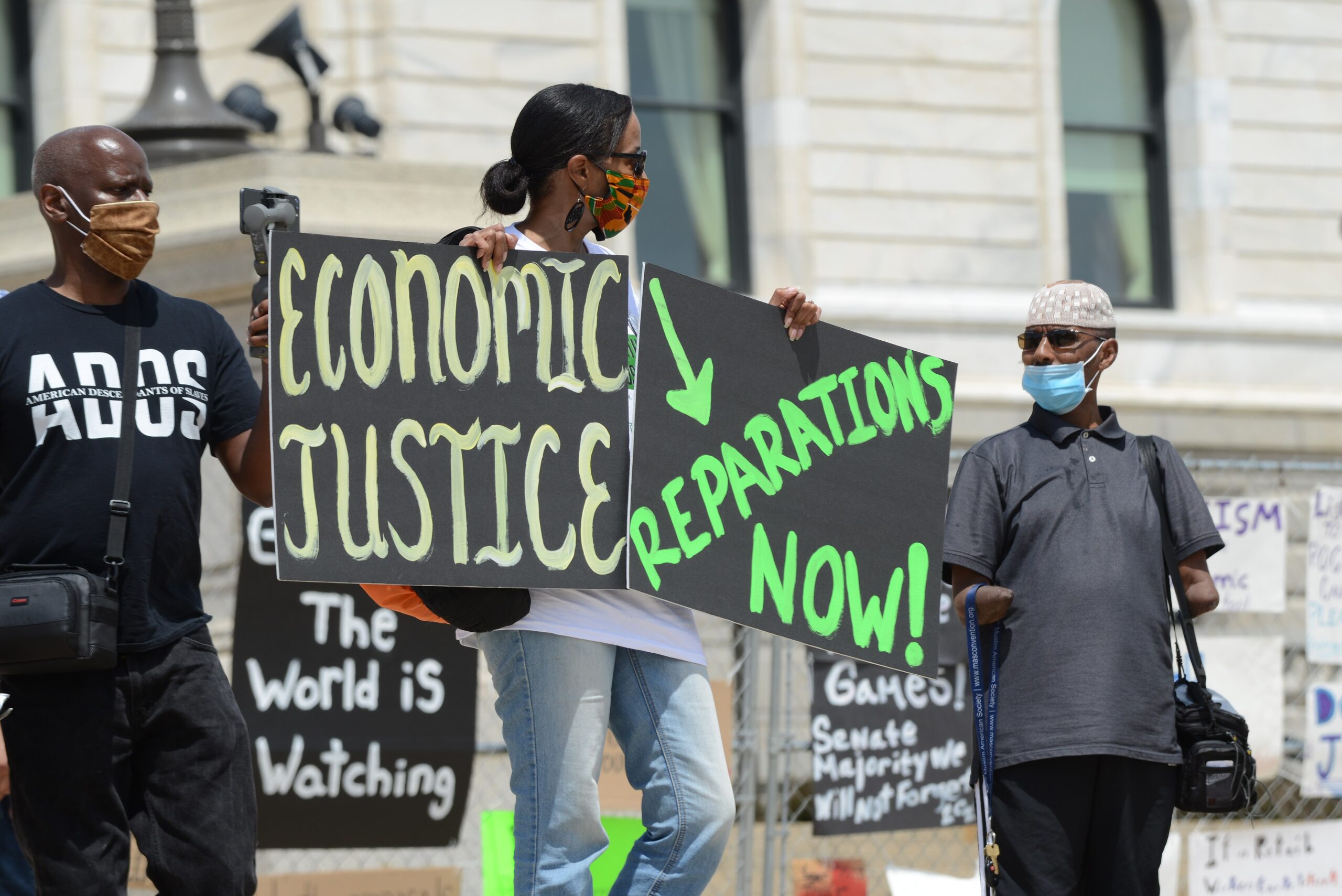 (LOS ANGELES) — Ta-Nehisi Coates’s The Case for Reparations is a seminal piece of journalism, representing the very best of advocacy […]