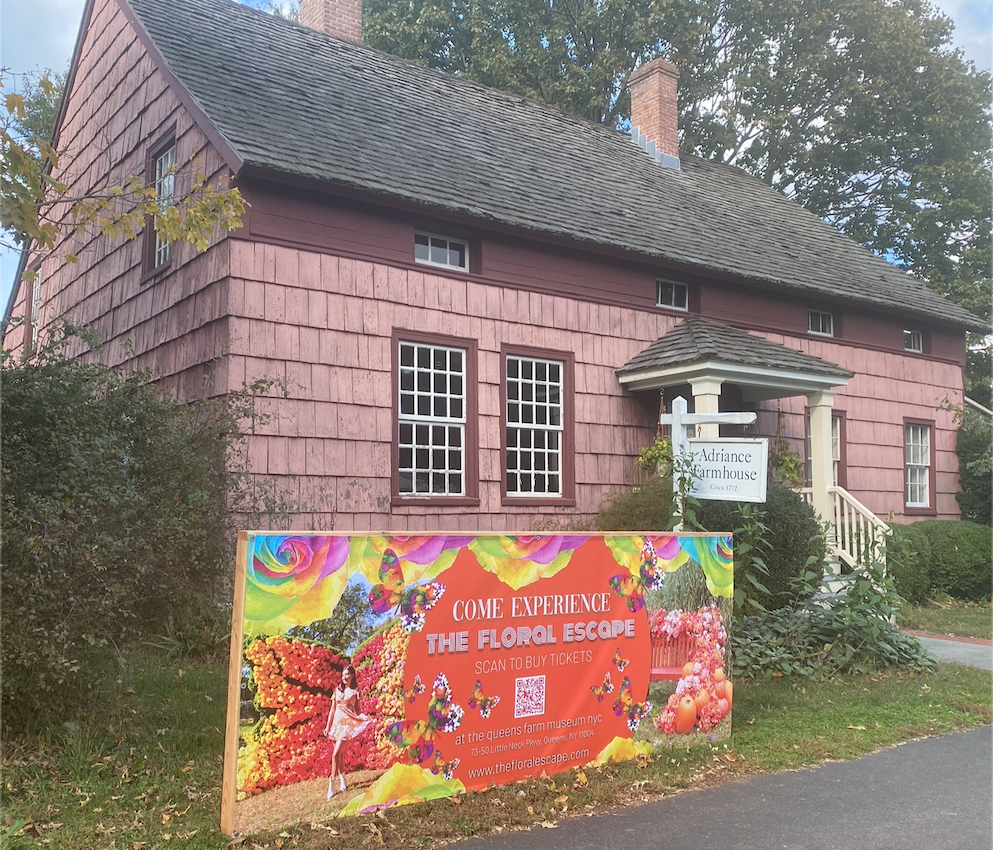 How a Queens Farm Became a Pandemic-Era Oasis in NYC

(NEW YORK) — One of New York City’s busiest attractions won’t be found in the bustling streets of Manhattan — it’s a farm in the middle of Queens.

The restrictions set in place to prevent the spread of coronavirus in the Big Apple caused popular tourist destinations to close,  pushing visitors and residents to seek sanctuary in the outdoors. And the Queens County Farm Museum is offering exactly what New Yorkers tired of the ongoing quarantine measure are seeking.

“I live like a block away; this is the most packed I’ve seen [the farm],” said Vivdha Bhaskar, a Queens resident and neighbor of the newly popular attraction. “It’s a really nice spot, but I’ve never seen so many people here. Before the pandemic, not many people came to the farm, but now it’s like nobody has anything else to do.”

New York City was considered the epicenter of the pandemic in March, accounting for approximately 5% of the total case count worldwide. Now, the city is bracing itself for what the winter might bring as case numbers continue to rise.

“We’re used to having thousands of people on-site, but it’s really different if there’s a pandemic going on,” said Ali Abate, the director of education at the Queens County Farm Museum. “We had to restructure how all of our lines are set up, make sure there was signage everywhere, and give reminders throughout the day to people about putting masks on.”

Dating back to 1697, the farm is older than our Constitution. In its 323 years of operation, the mission of the 47-acre plot has changed to suit the needs of the community that surrounds it. 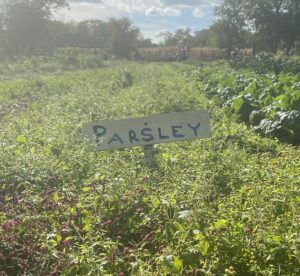 A row of herbs grows in the Queens farm. (Credit: Alyssa Khan)

It grew from a small family-owned farm into an initiative to rehabilitate psychiatric patients. Now, it’s a safe space to escape the isolation of quarantine. On a visit to the site, you can catch snippets of Queens’ rural past, including an original farmhouse, plots for herbs and vegetables, and a vast array of livestock.

“People can walk around and enjoy a beautiful outdoor space and interact with their local ecology, but also purchase produce and learn and see how it’s grown and get that connection back to nature, back to the earth. That’s something that’s really hard for people to do in the city just given the way that it’s developed and the way that it is,” Abate said.

But this slice of farm life exists in the middle of one of America’s most urban spaces out of coincidence. In 1926, the farm was purchased by Creedmoor State Hospital for therapeutic and rehabilitative use. Creedmoor may have saved the farm from becoming a distant memory, Abate said.”It was saved from development because it was owned by the hospital and used as an active farming site,” she said.

In 1975, ownership of the land was transferred from New York state to the New York City Department of Parks. The site was then declared a New York City landmark, ensuring its preservation.

The community around the farm continued to grow and change in the years that followed.

Now, the plot is nestled between homes in the Bellerose neighborhood of Queens. The village is home to approximately 1,162 New Yorkers, with 83% of the residents identifying as white, 15% Hispanic, 2% Black, and 1% Asian. Populated by the middle-aged and middle class, many residents fall between the ages of 50 and 59 years old with an average household income of $165,750.

“I think a lot of folks that live in the neighborhood that sort of surrounds the farm on all sides really appreciate that they have a space they can look to for quiet, exercise, nutrition, and health, just a place that they can enjoy with their families,” Abate said.

Bhaskar added that the community enjoys having the farm close by. “I know a lot of my neighbors come here to get vegetables; I think it’s connected more of my neighbors back to nature,” he said.“Everybody is busy in their lives, so having a farm around with the animals brings everyone closer to the earth.”

AN ESCAPE FROM NEW YORK (SORT OF)

Tabitha Correa is a regular at the farm — even though she lives miles away in another New York City borough.

“I actually bring my daughter, my niece, and my nephew here every year,” she told The Click during a visit earlier this fall. “We come for Halloween, for Christmas, and we come in the summer.”

Correa said the farm offers a change of scenery for her family. It’s a way for them to escape the city without actually having to leave it. “We live in the Bronx; there’s not a lot of things there that are educational per se, and this is something different,” she said. 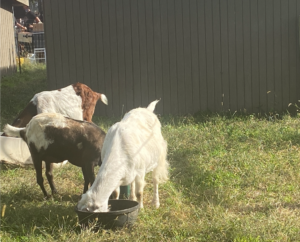 Livestock like goats are a popular part of the farm. (Credit: Alyssa Khan)

Brooklyn resident Nia Challenger said that she found the farm while browsing ways to get out of her own borough.

“We heard about the farm just through a simple Google search of things to do in NYC in the fall,” she said. “It’s just to do something on a Sunday, just a little bit away from where I live and where I am from.”

Monica Casines took her triplets to the farm for the first time to visit the pumpkin patch in the fall. They ended up spending their entire Sunday on the grounds.

“They loved seeing the animals, feeding the llamas and the goats,” she said as her kids crouched in the grass to play with chickens.

The llamas and landscape aren’t the only things pulling people in these days. Instagram has been drawing visitors to the farm as well.

The Fall Escape experience has been trending on social media feeds all across New York during the pandemic. It’s organized in part by Design House Décor, a floral production company run by a husband with an engineering background and wife with fashion design in her past. The autumn floral pop up that ended in November was complete with bright red and yellow hues, piles of pumpkins, and even the world’s largest floral pumpkin spiced latte.

The line for the Fall Escape could be seen from the parking lot. Large crowds of toddlers and adults in picture-perfect attire waited on the dirt path that led to the exhibit behind a chain-linked fence.

“The floral escape is what caught our attention; we saw it on Instagram,” said farm visitor Ashley Calo as she sat on a bench outside one of the farm’s older buildings. “I didn’t even know this was a farm, I thought it was just for the Floral Escape.”

The pop-up’s timing coincided with the easing of lockdown measures in New York late in the summer.

“We see people that you could tell had come for that because they would be dressed up, but then they would be around the entire grounds taking photos, so just kind of seeing the whole space as a backdrop,” Abate said.

The Fall Escape was so popular that the farm unveiled a new winter-themed exhibit. That installation will be open to the public Thursday through Sunday and will run until January 10, 2021.

The space that now displays the floral pop up used to be dedicated to pony rides, petting zoos, and other programs that are too risky to run during the pandemic.

“This has been an interesting opportunity for us to kind of reimagine the different space, work with a different partner, and think ahead towards what we can continue to do during the pandemic and also afterward as well,” Abate said.