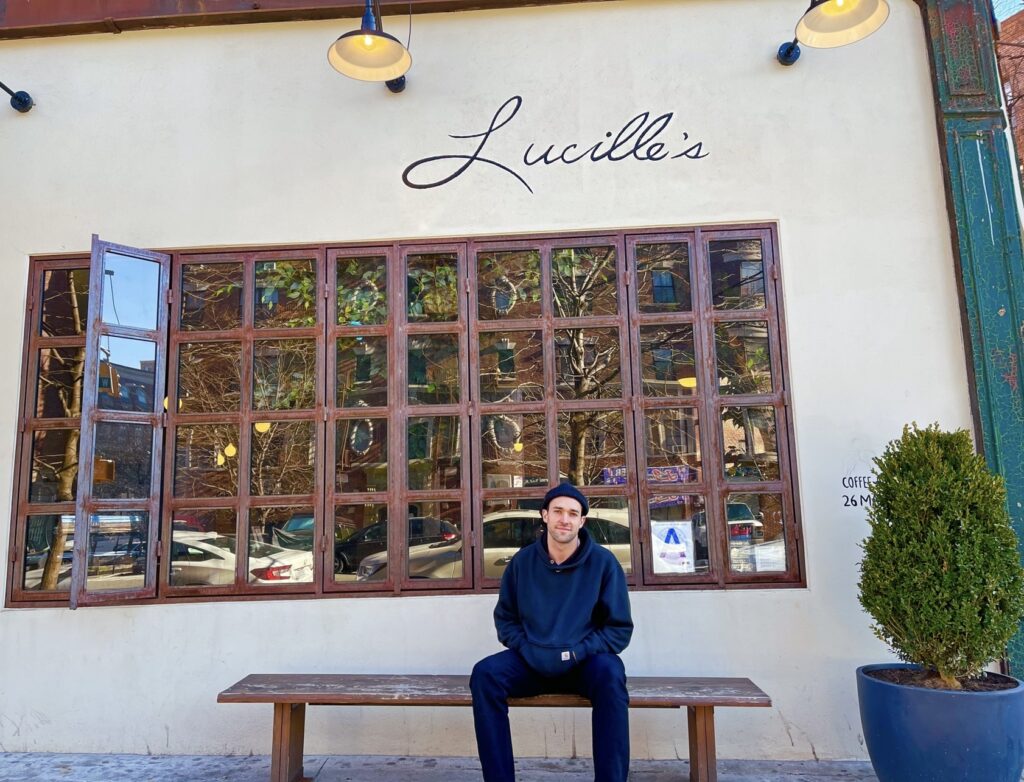 Quiz Shows are Not for Him and That’s Just Fine

(NEW YORK) – New York restaurateur Matthew Trebek learned a lot from his father who was always fixing things up around the house.

“In restaurants, there are always things that go south – a pipe freezes and breaks or you have to shovel snow when there is a storm.”

From his dad, he learned “that mentality of always being on and always being able to do.” And for more than 37 years, Matthew’s father was always on — at 7 p.m. each weeknight as Alex Trebek, host of “Jeopardy!”

Despite his dad’s success, Trebek knew early on he would not be following in his father’s TV footsteps.

“I don’t like speaking in front of an audience, and I get very camera shy. I left that up to Dad, and he did it well,” he said with the same charming smile as his father.

Trebek moved to New York City to attend college and graduated from Fordham University in 2013. He started bartending school at  19.

“Just at the end of freshman year, I wanted to start working, so I went to bartending school, and I started working at a restaurant called Madison & Vine. I met my business partner there, Nodar Mosiashvili.”

Trebek and Mosiashvili later teamed up in 2016 to open Oso, their restaurant in Harlem.

“Growing up in Los Angeles, I was surrounded by great Mexican food. At that time there weren’t that many Mexican restaurants in the city, especially uptown,” said Trebek. “We took a couple of trips to Mexico City and we wanted it to be mainly a Mexican street food-focused restaurant.

When asked about why he chose Harlem as the area he’d like to open his restaurant, Trebek said he loved the sense of community in the area.

“It felt like a neighborhood and somewhere you know your neighbors. I like how it felt intimate,” he said.  “Something about going to your neighborhood spot, and a place where you can feel at home. People come in and everyone knows each other.”

After the success of Oso, Trebek sought to open another restaurant. This time he wanted one that felt like a great space that could be used in many ways. In 2019, he opened two new spaces: Lucille’s and Pizza by Lucille’s.

“We wanted to do a concept that would be not just a restaurant, but also a place where people can come and hang out,” said Trebek. “That’s why we also opened Lucille’s pizza next door. We are able to do a couple of concepts out of one space. We have music, jazz shows, and different artists coming in and out.”

Walking in his late father’s footsteps, Trebek has carried on his philanthropic work with “Lucille’s Family Meal.”

“It started before the pandemic with St. Matthew’s Baptist Church across the street, “Trebek said, “Every Wednesday we would have our chef prepare buffet-style meals. Then, we would bring it over to their kitchen. People in the neighborhood who are struggling or needed a little bit of help were able to come over.”

Once the pandemic hit, Lucille’s switched to doing take-home meals. The restaurant has worked with various organizations, like World Central Kitchen, to help give back to the community.

After his father passed last year, Trebek honored his father once more. He donated his father’s “Jeopardy!” wardrobe to The Doe Fund, which helps homeless and formerly incarcerated men rebuild their lives. His father’s suits will go to men seeking employment and many of his trademark colorful ties will go to people starting new jobs.

The pandemic has been a challenge for many restaurant owners. However, Trebek is using this time to grow his restaurants.

“During the pandemic, it gave us an opportunity to take a step back and look at each restaurant and figure out what was working and what aspects could be improved upon,” said Trebek.

For the near future, Trebek plans to stay in Harlem. “I always like the idea that it’s more than just a restaurant, it’s about being a part of a community. And I think there is a lot more a restaurant can do like being a neighborhood and being a place that is recognized by your fellow businesses and residents. I think honing on what we have and going from there.”