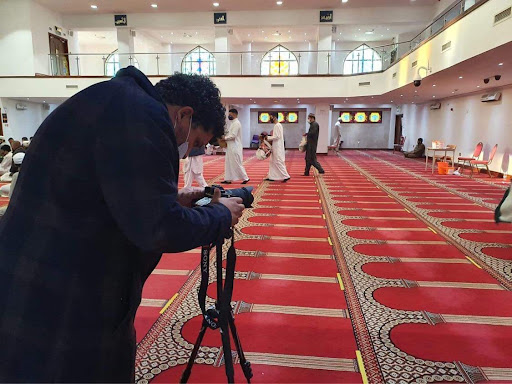 Reflections From a 25-Year-Old Cayman Filmmaker

(GEORGE TOWN, Grand Cayman) — The Cayman Islands are not the first that comes to mind when we think of award-winning film cinematographers, but 25-year-old Jevaughnie Ebanks is working to change that.

“Islam in Lockdown,” the short film he directed as cinematographer with Ahseem Yousef, director and four other students at the University of Bradford, won best student film at the Luleå International Film Festival in Sweden in December.

Ebanks started as a storyteller at 11 years old by competing in children’s festivals in the Cayman Islands. Those early experiences contributed to his knowledge and understanding of cultural stories and their visual representation. He later performed in comedy shows such as “Rundown,” held at the Harquail Theatre, and hosted radio and television programs before attending the University of Bradford. Prior to  working on “Islam in Lockdown,” Ebanks didn’t have much experience in film. In his interview with The Click, Ebanks discussed behind-the-scenes experiences of the documentary and shared his message to film enthusiasts.

This conversation has been edited for clarity.

The Click: Tell us about the film “Islam in Lockdown.” What is it about?

Ebanks: “Islam in Lockdown” is a film by PG6 Productions, comprised of six students at the university who were part of my undergraduate course. This documentary was our final group project, which was later entered in several film competitions. It’s a short documentary—only 22 or 23 minutes long. It’s really about understanding — how the very first wave of the coronavirus pandemic affected the British Muslim community. So it was a timely topic, you know. Here where I am in Bradford, there is a significantly large Muslim population.

The Click: How important was your role in the production of the documentary?

Ebanks: I was the director of photography and sound. In the U.S., I think they call it cinematography. But they operate the same. The director had an idea that it would be about COVID-19, and how it affected the Muslim community.  So my role was to create a plan for what the documentary would look like in 22 minutes—you know—atmosphere, sound, etcetera. 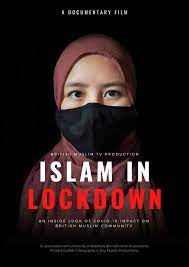 The Click: What were some of the limitations to producing the film?

Ebanks: Well, the first limitation is that it’s a student film. So there’s no funding. There’s no organization [contributing] money—outside of the university—that had equipment we could use. The second limitation was COVID-19 itself. All film crews essentially had to change the way they operate. There were restrictions on the number of crew members that could be on set. The third limitation was working from different time zones. You had some people in Poland, Bradford, and myself in the Cayman Islands

The Click: In your opinion, what are some of the contributing factors that made the documentary a success at the Luleå International Film Festival?

Ebanks: There was one reenactment, at the beginning where we had a Muslim prayer recital. It had archival footage, such as a speech from the U.K. Prime Minister Boris Johnson. Everything else was actual footage of the Bradford Central Mosque and interviews with the Muslim community, a member of parliament, and a business owner. The documentary was aired on British Muslim TV. The film was very adaptive. Interviews couldn’t happen in person, so they suddenly happened via Zoom.

The Click: How can viewers see the documentary and what do you expect them to gain from watching this film?

Ebanks: The film is entirely available on YouTube; if you type in “Islam in Lockdown.” Viewers should expect a snapshot of a moment in history of how people felt during the pandemic. I hope that it strikes a conversation with people. I feel that’s just what we need more of in the world. And as long as people watch the film; and get a conversation out of it, I think that I am personally happy with that.

The Click: What advice would you give aspiring young Caymanians or just young people in general around the world who are future film enthusiasts?

Ebanks: Do it! Never been a better time.