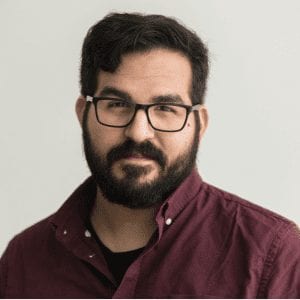 DiCicco is a VCU Ram through and through. (Credit: Steven Casanova)

A proud arts writer from Virginia is taking the plunge into a Master of Arts degree in American Journalism at New York University.

Richard DiCicco is currently employed at Virginia Commonwealth University in his hometown of Richmond, VA. The 28-year-old received his bachelor’s degree at the school, where he has written award-winning feature articles for its alumni-focused publication, Studio.

“One of the things I love about my role now is I have a certain degree of independence similar to a reporter,” DiCicco said. “I can pitch ideas and go out and grab a story.”

“This is the first job I’ve ever held which allowed me to focus exclusively on writing about the arts,” he added. “It’s an area of interest, but also an expertise.”

As a graduate student at NYU, DiCicco is now seeking formal training in journalism — a field in which he hopes to continue to excel in and, eventually, land a role at a large news organization. DiCicco’s dream is to gain employment at NPR radio or Kotaku, a digital publication which covers video game culture and entertainment.