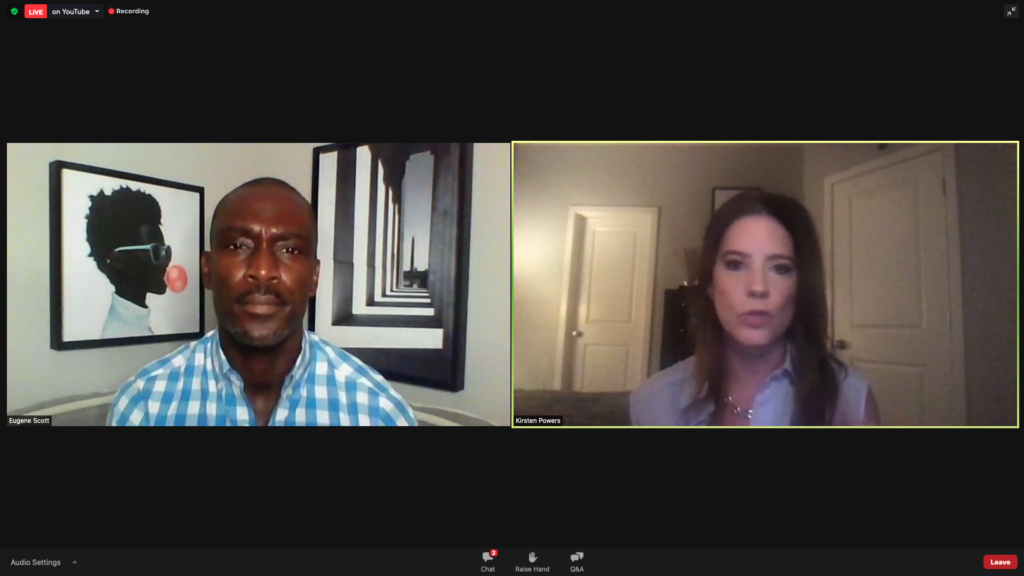 Political Insiders Discuss the Role of Grace in Combating Partisanship

(WASHINGTON) — Political insiders Kirsten Powers and Eugene Scott discussed techniques to build civil dialogue amid the rancor of hyper-partisan politics in the capital and across the nation. The live conversation took place on Nov. 2 through Politics and Prose, a bookstore in the District of Columbia.

Powers, a USA Today columnist and a senior political analyst for CNN, touched on many of the themes of her new book “Saving Grace: Speak Your Truth, Stay Centered and Learn to Coexist with People Who Drive You Nuts.” Scott, a national political reporter for The Washington Post and host of “The Next Four Years” podcast, added his perspective as a veteran journalist.

Powers conceived the idea for her book toward the end of 2018 when she felt the country was at a political low. “I had my ah-ha moment where I realized a lot of the way I was thinking and a lot of the things I was saying or doing were not aligned with who I believed I was and what I said I believed,” Powers said during the live event. “I had an intuition that I did not have enough grace in my life for other people and that I did not see much grace in our culture.” For Powers, grace is “unmerited favor” which means she sees the “fullness of humanity in every person.”

While Powers approached the concept of grace from a Christian tradition, she added that “I wrote the book in a way that is very accessible to people of any faith or no faith at all.”

“I was turning entire groups of people into one thing, and I really did not see individual people,” Powers said.

The over-consumption of social media content emerged as a key theme of the conversation. “Social media is not all good or all bad. It can be incredibly toxic, and it is also a revolutionary tool that has changed the world,” Powers said.

While covering breaking news, Scott added that it was important for him to step away from social media and interact with people who did not use the platforms. “I had no clue what it was like to not be on social media,” he said. “When I would be outraged or frustrated, I would tell people these stories [about events on social media], and they just would not understand why it mattered. You realize how your perspective was so painted.”

“The whole system is designed to get us jacked-up on outrage and to start demonizing people and to start looking for the monsters,” Powers said.

Powers took a break from social media as “a matter of survival” but has now set boundaries for her social media use. “I’m not going to go argue with people, I’m not going to try to convince people of something,” she said. According to Powers, grace is about creating space between yourself and other people when feelings of judgment and contempt arise. Grace is also about channeling negative feelings into positive outcomes like writing a column, donating to an organization, or amplifying another person’s voice.

For Powers, the book—and the larger conversation around it—are an attempt to integrate grace into her daily life: “Some people have a yoga practice; I have a grace practice.”