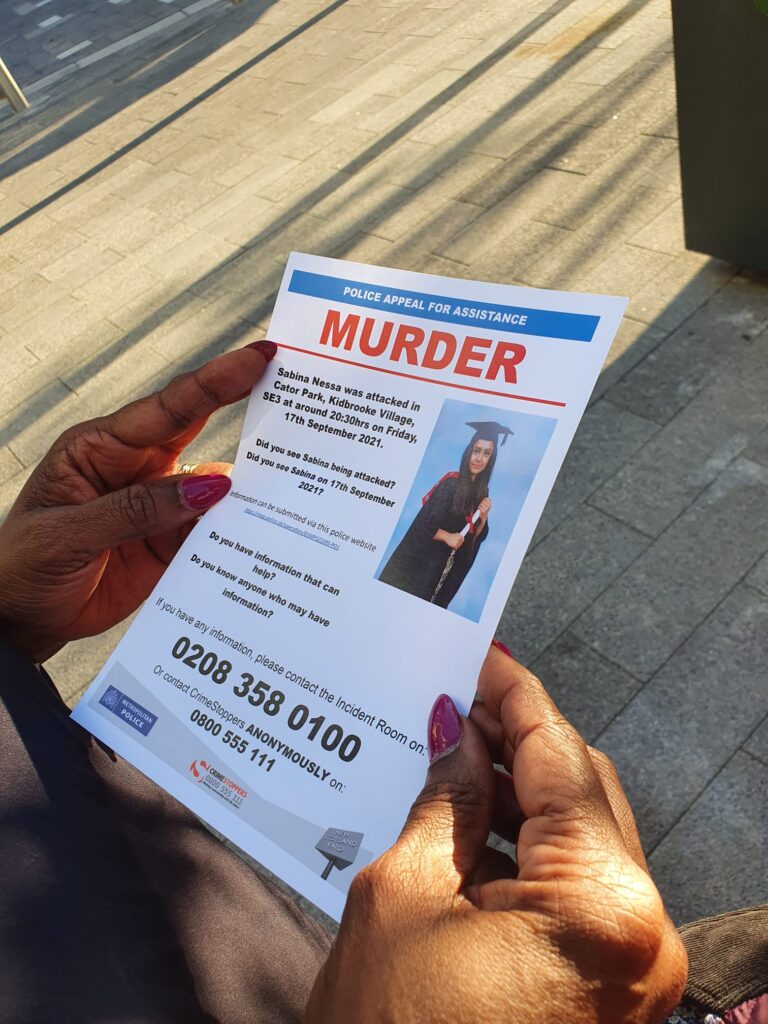 (LONDON) — Mourners across the United Kingdom gathered on September 24 to honor the memory of Sabina Nessa, one of the latest victims of femicide whose death has shaken the nation.

Nessa was a 28-year-old primary school teacher who set out on what would have been a five-minute journey to meet a friend at a local pub on September 17. Her body was found in a park in the London village of Kidbrooke the following morning.

“Words cannot describe how we are feeling. It feels like we are stuck in a bad dream,” said Nessa’s sister Jebina Yasmin Islam at the vigil.

Members of the police force and local faith and political leaders spoke to hundreds of mourners who stood in the square clutching candles.

“She is the latest in the painful long list of women attacked on our streets,” Denise Scott-McDonald, a local councillor, said at the vigil. “We do not want to see another woman on that list.”

Nessa’s death follows a much-publicized string of femicides in London. Her death follows those of Sarah Everard, Bibba Henry, and Nicole Smallman, among other women killed by men while out in the city.

“Violence against women and girls will only end when we confront those who perpetrate it,” Scott-McDonald added.

“As women, we want to believe that we have some control over our own fate, that we can do something to protect ourselves and our daughters because accepting that we don’t is so fucking terrifying,” Leigh said on Instagram.

She added that harassment, sexism, and locker room talk may cultivate predatory behavior for some men and create spaces in which women feel unsafe.

“We as a society continue to teach girls to shrink their lives, while we do very little to educate boys and men not only to respect women but also to challenge those who do not do so,” Leigh stated in the same Instagram ITV post.

Police charged 36-year-old Koci Selamaj with the murder of Nessa on September 27, London’s Metropolitan Police confirmed in a statement on their site.